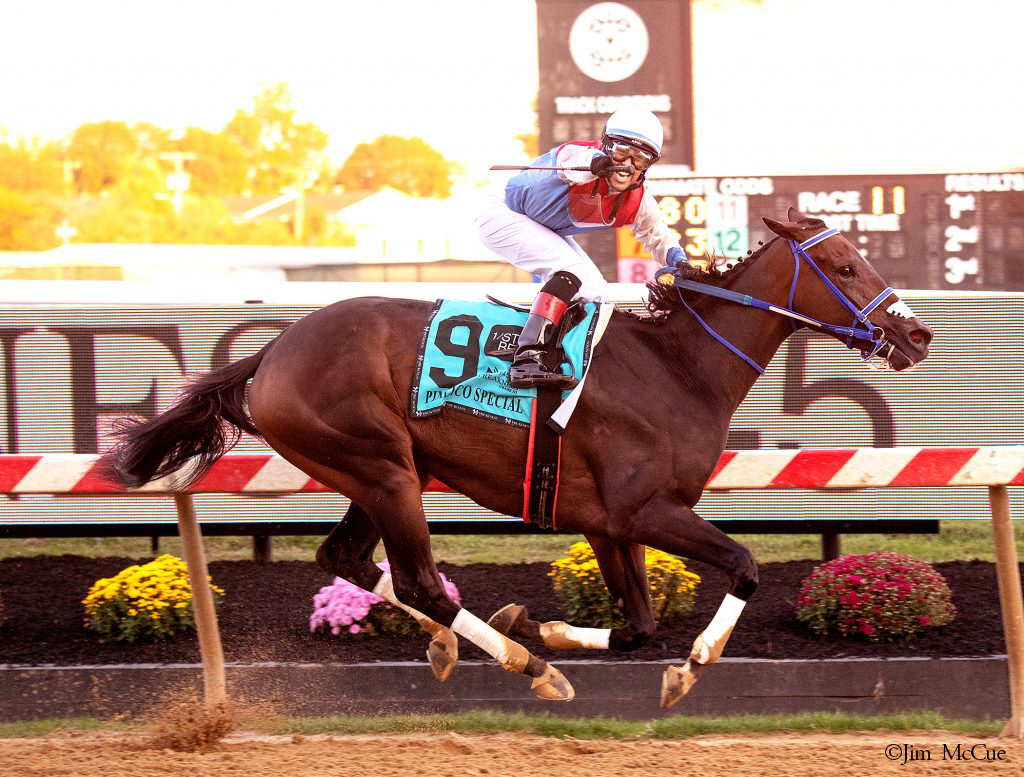 After getting his first stakes win in the Deputed Testamony Stakes at Laurel a month earlier, Harpers First Ride broke straight to the front in the historic Pimlico Special, followed by multiple graded stakes winner Owendale challenging from the outside. The dueling pair led the field down the backside through an opening half-mile in :48.41, and six furlongs in 1:12.11. And then Harpers First Ride shook clear. He increased his lead down the stretch to hit the wire two lengths ahead of Owendale, with fellow Maryland-bred Cordmaker another half-length back in third.

“Every race he gets better and better. He likes what we do with him,” said trainer Claudio Gonzalez, who led all trainers by wins (with five from 20 starts) at the abbreviated six-day Pimlico meet. “He’s very easy for a trainer, because he’s a relaxed horse. Anything we want to do with him, he does it. He’s a very classy horse. I knew he could do it. He gets more mature every race.”

The 4-year-old son of Paynter made his career debut last year and broke his maiden in his third start, at Churchill Downs in September, where Gonzalez claimed him for $30,000. He followed with back-to-back allowance wins last fall at Laurel for his new connections. This year, Harpers First Ride scored three times in allowance company before finishing fifth in his graded stakes debut, the Monmouth Cup Stakes-G3 in July. In eight 2020 starts he has five wins, a second and a third, amassing $344,648 of his career total $422,080.

Bred by Sagamore Farm, Harpers First Ride is the second foal from the Tiz Wonderful mare Polyester, who has three winning starters (all Maryland-breds) from five foals produced.