Barak Farm’s homebred Miss Nondescript was anything in the $100,000 Maryland Million Lassie for 2-year-old fillies, getting up to win by a neck over favorite Street Lute Saturday, Oct. 24 at Laurel Park. 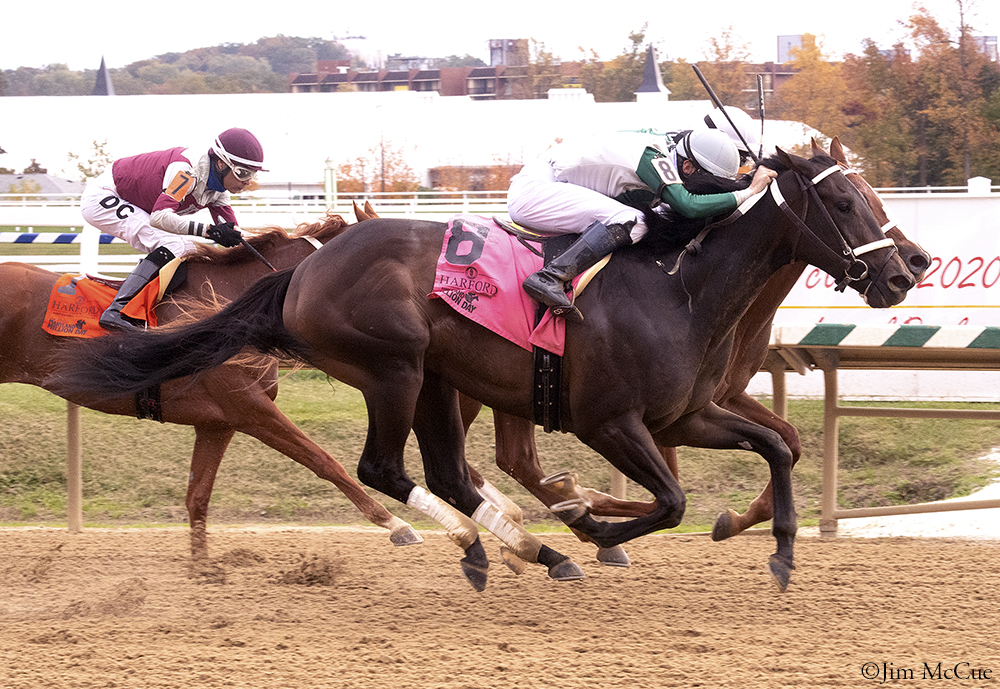 Miss Nondescript (3.20-1) settled into fourth as Trip to Freedom streaked through early opening fractions of :22.41 and :44.86, with Street Lute rating in second. Miss Nondescript began to make her move around the far turn, closed in on the frontrunners and caught Street Lute late to stop the clock in 1:10.61 for six furlongs.

“I was worried that she might run out of time,” said trainer Mike Trombetta. “I could see her chiseling into the margin but I didn’t know if she had enough time. Fortunately it worked out.”

Making her first start for Trombetta, Miss Nondescript is now 2-for-2. She proved tough to win her debut at Monmouth in early September, dueling down the stretch in the five-furlong maiden special weight and getting the win by a nose in :58.15.

Miss Nondescript is the first stakes winner for her sire Mosler, who stands at Country Life Farm in Bel Air, Md. She is one of four winners from four starters for her dam She’s Funomenal, a daughter of Fusaichi Pegasus purchased by Barak Farm in 2018 at the Keeneland January sale for $6,000 with Miss Nondescript in utero. The filly now has earnings of $84,090.