Three Diamond Farm’s Field Pass skillfully maneuvered his way through traffic to record a one-length win over Belichick in the Ontario Derby-G3 Saturday, Nov. 21 at Woodbine. 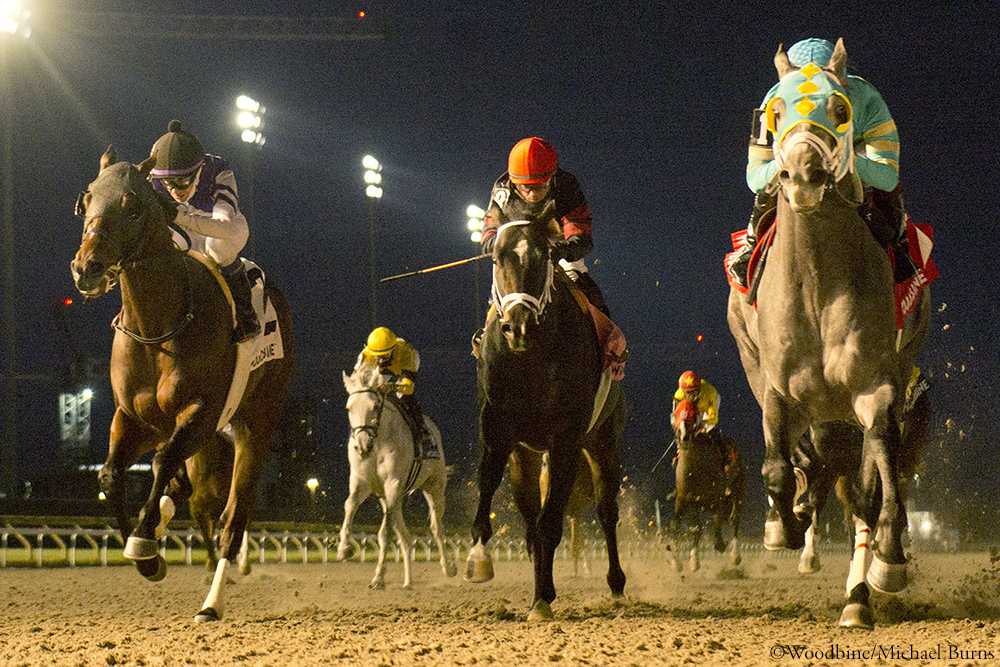 Making his first start at the Canadian track, Field Pass settled into third behind favorite Mighty Heart, who led the field through splits of :24.30 and :47.92. As they rounded the final turn, Field Pass was caught behind Malibu Mambo, Mighty Heart and late challenger Belichick, who was rallying from the outside. Hitting three-quarters of a mile in 1:11.51, Field Pass took advantage of a slight gap between inside runner Malibu Mambo and Mighty Heart and burst through, driving past Belichick for the win.

The Michael Maker trainee scored his third Grade 3 win this year, following a neck victory in the Jeff Ruby Steaks-G3 in March on Turfway Park’s all-weather track and a nose score in the Transylvania Stakes-G3 on the turf at Keeneland in July. His overall record has improved to 6-2-3 from 15 starts, with $553,893 earned.

Field Pass was a winner at 2 in his second start, going one and one-sixteenth miles on the inner turf at Saratoga. He followed with a second in the With Anticipation Stakes-G3, his graded stakes debut, and had back-to-back fourth-place finishes in the Laurel Futurity and Keeneland’s Dixiana Bourbon Stakes-G3.

As a 3-year-old, the well-traveled son of Lemon Drop Kid has only finished worse than third once in his nine starts, all stakes, including a win in the Dania Beach at Gulfstream Park in February and Audubon Stakes at Churchill Downs in June, and consecutive third-place finishes in Churchill Downs’ American Turf-G2 in September and Santa Anita’s Twilight Derby-G2 in October leading up to his Ontario Derby-G3 win.

Bred by Mark Brown Grier, Field Pass was purchased as a yearling for $37,000 by Owls Bloodstock at the 2018 Fasig-Tipton Midlantic Eastern Fall sale. He is one of two named foals, both winners, out of the winning Runaway Groom mare Only Me.