Keeping the momentum going from her romp in the Maryland Million Distaff last month, Hello Beautiful took the lead around the final turn and moved down the stretch with ease to take the $100,000 Safely Kept Stakes at Laurel Park Saturday, Nov. 28. 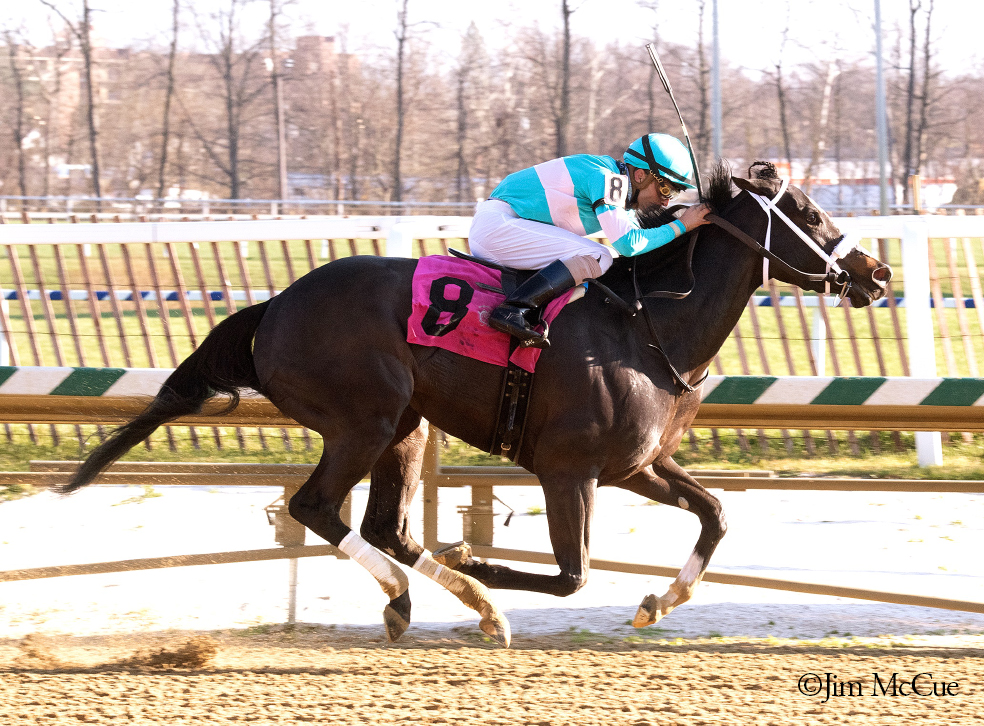 Owned by Madaket Stables LLC, Albert Frassetto, Mark Parkinson, K-Mac Stable and Magic City Stables, Hello Beautiful stalked Fly On Angel through an opening quarter in :22.69. The 7-10 favorite, confidently ridden by Sheldon Russell, was sent after the leader around the far turn, hit the half in :45.08 and burst away, drawing off to win by three lengths over late-running Reagan’s Edge, with Landing Zone five and a half lengths back in third.

Finishing the seven furlongs in 1:22.26, the Brittany Russell trainee recorded her second stakes win of the year, and fourth of her career. The Maryland Million victory was a tour de force as she drew off to win by 11-1/4 lengths and was redemption after disappointing starts away from Laurel in the summer, where she finished 11th in the Audubon Oaks at Ellis Park and sixth in the Prioress Stakes-G2, her graded stakes debut, at Saratoga. In nine starts at Laurel, she has won six.

“She’s so special. It means so much,” Russell said. “You always want to win races, but with a filly like this it’s such a relief when she runs the way she did today.”

Finishing third in her 2-year-old debut at Pimlico, the filly broke her maiden by five and a half lengths in her third career start two months later. After finishing second in allowance company next time out, she scored back-to-back wins in the Maryland Million Lassie, her stakes debut, and the Maryland Juvenile Filly Championship to close out her 2-year-old season finishing no worse than third in six starts.

Left with fewer options for a 3-year-old debut due to the impact of covid-19, Russell tried the Golden Lad filly on turf for the first time in June, where she finished seventh. Back on the dirt next out, she dominated by eight and a quarter lengths in a Laurel allowance going six furlongs.

“I don’t know exactly what the plans are moving forward,” Russell said. “I think we’ll keep her in training but I think we’ll just enjoy today and make a plan from here.”

Purchased by Russell for $6,500 as a yearling in the 2018 Fasig-Tipton December Mixed sale, Hello Beautiful was bred by Hillwood Stables out of the Tiznow mare Hello Now and foaled at Dark Hollow Farm in Upperco, the birthplace of Hall of Famer and Eclipse Award winner Safely Kept.

Hello Now has produced four foals, with two winners from three starters, including 2-year-old Hello Hot Rod (Mosler), who broke his maiden at Laurel on Nov. 13 in his second start for Russell and Dark Horse Racing, who purchased him for $10,000 at the Fasig-Tipton Fall Yearling sale.

Hello Now was sold for $2,000 at the 2018 December Mixed sale, in foal to the Hillwood campaigned Golden Years, and purchased by Holly House Farm. The 10-year-old mare has been bred back to Golden Lad for 2021.