First starter for Barbados a winner

Shamrock Farm’s freshman sire Barbados got his first winner as the 2020 calendar came to a close when his 2-year-old daughter Insightful led at every call in a five and a half-furlong maiden race at Tampa Bay Downs on Dec. 30. 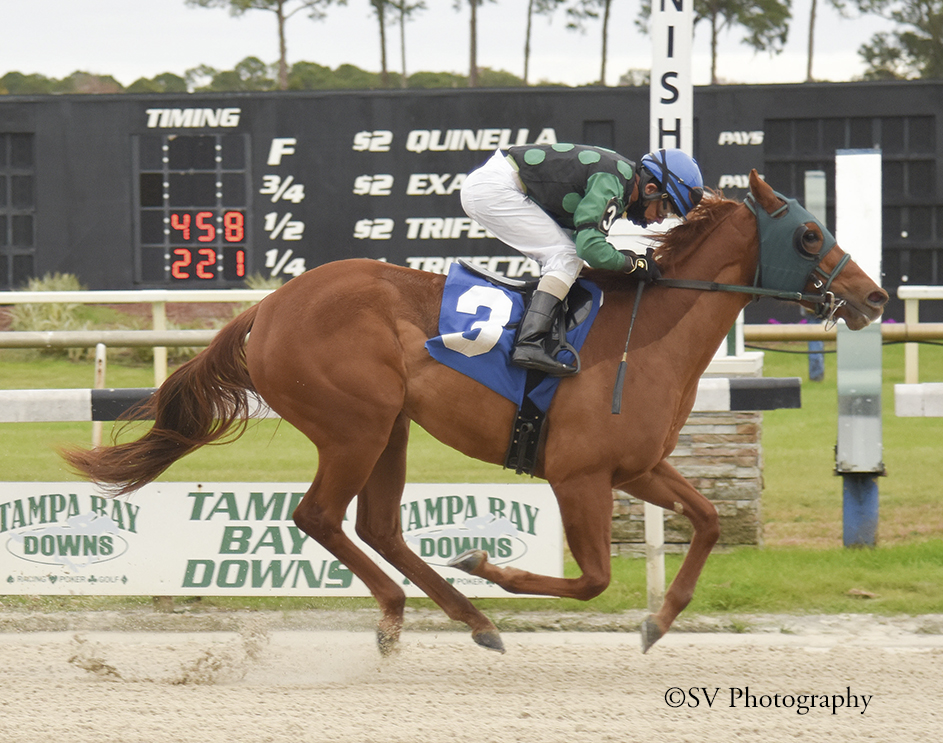 Bred in Maryland by Douglas Brown’s Little Man Farm and foaled at Shamrock, Insightful is one of seven winners, and the last reported of nine foals, for the Mutakddim mare Falcon’s Eye.

Barbados got a late start in his first breeding season in 2017 and has five foals in his first crop, with Insightful his first starter. The son of Speightstown was one of the top 3-year-old sprinters of 2015 and retired to Shamrock Farm after a 16-start career in which he won four times, with three seconds and a third, for earnings of $377,241.

A winner at 2 at Keeneland, he won the Spectacular Bid Stakes at Gulfstream in his first start at 3, completing six furlongs in 1:09.40, and followed with a score in the Grade 3 Hutcheson Stakes over X Y Jet as the odds-on favorite.

Sidelined by a knee chip after the Hutcheson, he returned to place in three graded stakes that season, including a second to eventual sprint champion Runhappy in the Grade 3 Phoenix Stakes at Keeneland. In his first start at 4 he captured the Tampa Bay’s six-furlong Pelican Stakes, getting the distance in 1:09.96.

Out of the stakes-winning Street Cry (Ire) mare Northern Station, Barbados is from the family of Breeders’ Cup Classic-G1 winner Raven’s Pass, champion Rainbow View, Grade 1 winner No Matter What, Bright Thought, a multiple graded stakes winner who holds the course record for a mile and a half on the turf at Santa Anita (2:22.72), and multiple graded winner and E Dubai, sire of Breeders’ Cup Classic-G1 winner Fort Larned.