Tattooed kicks off New Year with a career first in the $75,000 Jennings

Tattooed certainly started his 6-year-old year off on the right foot as he made his way through traffic after being last of nine and closed down the stretch to secure his first stakes win in the $75,000 Jennings for Maryland-bred and/or -sired older runners on Saturday, Jan. 16 at Laurel Park. 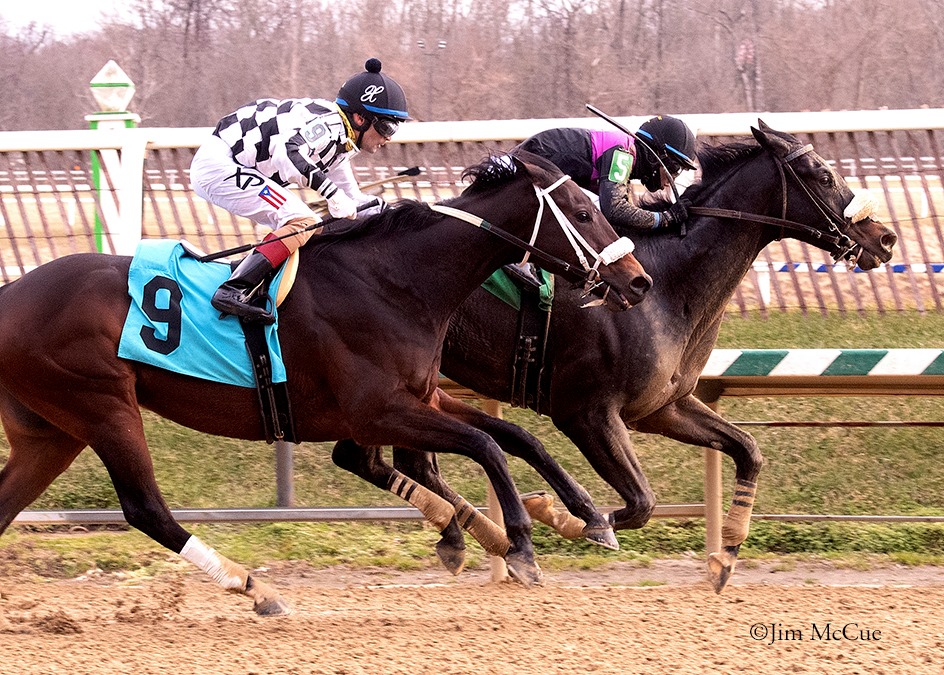 The Etched gelding settled to the back of the pack as classy Alwaysmining, looking to defend his Jennings title, took the early lead through an opening quarter-mile in :24.13. Galerio, one of the winningest horses in the country in 2020 making his stakes debut, moved up on the outside to stick a head in front, just past the half-mile mark in :47.10, and began to open up down the stretch. Rider Angel Cruz had Tattooed in a drive – they were fourth at the top of the stretch, found an opening down the center of the track and weaved their way through traffic to fly down the inside, catching Galerio to win by a neck and complete the mile in 1:37.46.

“The key is really patient owners. They’ve been great and let me do what I do best and that’s be patient with an older horse like this just to try to get him to develop and come into his own at his own time,” trainer Tim Keefe said. “They never push me to run him. They let me run him when he’s ready.”

Tattooed ran four times at 2 with a second-place finish his best showing. He broke his maiden in his 3-year-old debut at one mile, winning by five and a quarter lengths, and two starts later won at the same distance in allowance company, by three and a half lengths. He has made 30 of his 32 career starts at Laurel Park, and added three more wins before the Jennings. His overall record is 6-10-4 with $347,869 in earnings.

Tattooed is one of three horses of racing age, two are winners, for Tough Talkin Lady, a stakes-placed daughter of Oratory bred by the Holts and Montuori. Tattooed’s second dam, the winner Bold Questor (by Norquestor), was also bred by the Holts.