Brittany Russell and Dark Horse Racing’s Hello Hot Rod proved a gritty performer in Aqueduct’s $100,000 Jimmy Winkfield Stakes on Saturday, Jan. 31 as he led throughout and dug in to win by a head over Return the Ring. 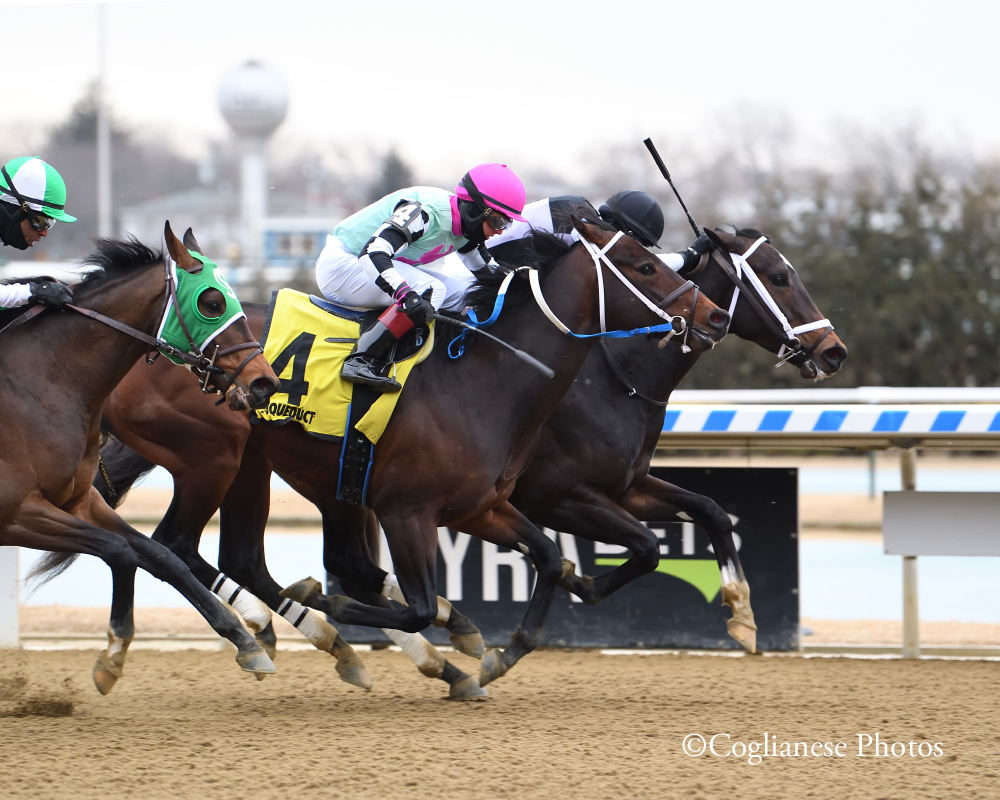 Making his first start away from his home base of Laurel Park, Hello Hot Rod broke from the inside post and quickly headed to the front under encouragement from jockey Trevor McCarthy. While fellow Maryland-bred Return the Ring chased in second from the outside, with favorite Pico d’Oro following in third, the Russell trainee led through an opening quarter-mile in :23.86 and half in :48.16. As they rounded the final turn, Return the Ring breathed down the leader’s neck and Pico d’Oro rallied down the center of the track, but all efforts were in vain as Hello Hot Rod gave it all he had to hit the wire first. Final time for the seven furlongs was 1:26.30.

“I don’t think stretching out would be an issue,” said Russell. “We considered other spots going further in distance, but this looked like a good spot to get the year started. It’s nice to win another one with him and use it as a stepping stone to other things.”

A $10,000 purchase as a yearling at the 2019 Fasig-Tipton Midlantic Eastern Fall sale, Hello Hot Rod made his career debut last October in a six-furlong waiver maiden claimer (no tag), where he finished second by a neck to Doubleoseven. Just a couple weeks later, he broke his maiden as the favorite going seven furlongs, winning by four and a quarter lengths in 1:24.02. The success continued as he stepped up to allowance company in December and, stretched out to a mile, won by two and a quarter lengths over eventual stakes winner Shackqueenking in 1:38.38.

The dark bay colt has extended his win streak to three with his victorious debut as a 3-year-old, boosting his earnings to $113,941.

Hello Hot Rod is the second stakes winner for Country Life Farm’s Mosler, and his current top performer. Bred by Hillwood Stables, Hello Hot Rod, along with his five-time stakes-winning half-sister Hello Beautiful (Golden Lad), are the first two winners for their dam Hello Now. A daughter of Tiznow, the mare has three starters from three to race. Her current 2-year-old is a colt by Golden Years named Surprise Hello, and she is expecting a full-sibling to Hello Beautiful this year.