The first 2-year-old sale of the year was held March 16-17 in Ocala, Fla., as five Maryland-breds went through the ring at the Ocala Breeders’ March sale, with four selling, one for six-figures. 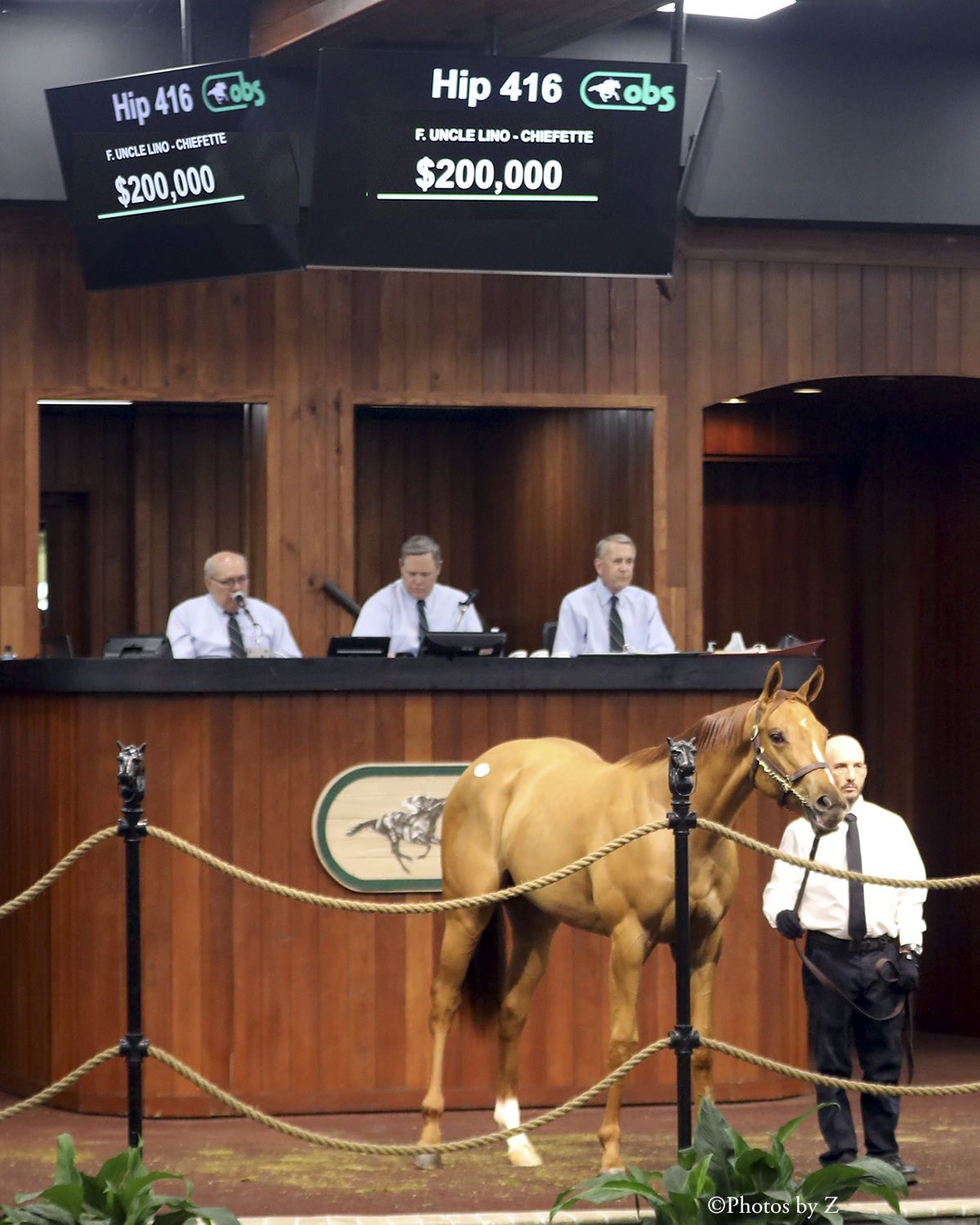 Hip 416, a chestnut filly by Northview Stallion Station’s Uncle Lino out of the Chief Seattle mare Chiefette, sold for $200,000 to Holly and David Wilson. Consigned by James Layden, Agent II, she breezed an eighth in :10 flat, equaling the second-fastest time for the distance in the under tack show. Bred by Louis C. Carrico, the filly sold as a weanling for $6,500 at the 2019 Fasig-Tipton Midlantic December Mixed sale.

The six-figure filly is one of 71 two-year-olds by Uncle Lino getting ready to make their first starts in 2021. His first crop hit the track last year.

The Grade-1 placed son of champion Uncle Mo stood his first four seasons at stud at Northview’s Pennsylvania division in Peach Bottom, but was relocated to Northview’s Maryland division in Chesapeake City for the 2021 breeding season after the stallion operation consolidated to Maryland and listed the Pennsylvania farm for sale.