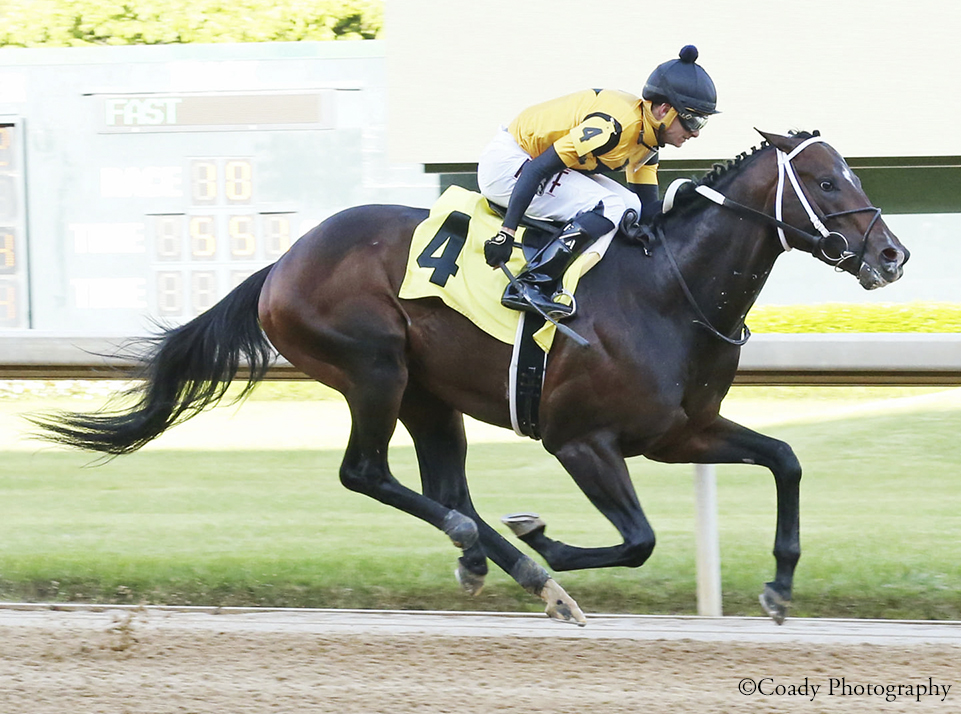 Coming off his first career loss, a runner-up finish when missing by a head in Oaklawn’s Gazebo Stakes on March 20, Jaxon Traveler was sent off as the 8-5 favorite in the Bachelor. He broke quickly from the fourth post, shot to the rail under Francisco Arrieta and ripped an opening quarter mile in :22:41. Extending his lead when hitting the half-mile mark in :45.89, the Steve Asmussen trainee drove to the finish to win by two and three-quarters lengths over stablemate Cazadero. He became Asmussen’s seventh Bachelor winner, a list that includes Eclipse Award-winning sprinter Mitole.

“He jumped out pretty good today,” said Arrieta. “I just let him get clear on the lead. I got a little pressure and I just let him run. He’s a really nice horse and he did his job great.”

The 3-year-old colt by Munnings finished the six-furlong test in 1:10.07, earning a 94 Beyer speed figure.

Since winning his debut last September at Pimlico, Jaxon Traveler has recorded four wins from five career starts, including a five and a half-length allowance win at Laurel Park and a victorious stakes debut in the Maryland Juvenile Futurity in December – his frontrunning three-quarter-length score over Singlino earned him the title of Maryland-bred champion 2-year-old male.

Sold as a yearling for $80,000 at Keeneland September to Grassroots Training & Sales, he was pinhooked to last April’s Ocala Breeders’ Sales Company’s Spring sale and purchased by West Point Thoroughbreds for $140,000. The dark bay/brown colt now has earnings of $270,762.

Bred by Dr. and Mrs. A. Leonard Pineau, Jaxon Traveler is the fourth winner from as many starters for his dam Listen Boy, a Sagamore Farm-bred daughter of After Market. The stakes-placed mare’s fifth foal is a current 2-year-old filly named Sullivan Street (by Street Boss), still owned by the Pineaus, who has started her early training and will head to trainer Mary Eppler when ready to head to the track. Listen Boy had a colt by Cross Traffic Feb. 16 and was bred back to Liam’s Map.