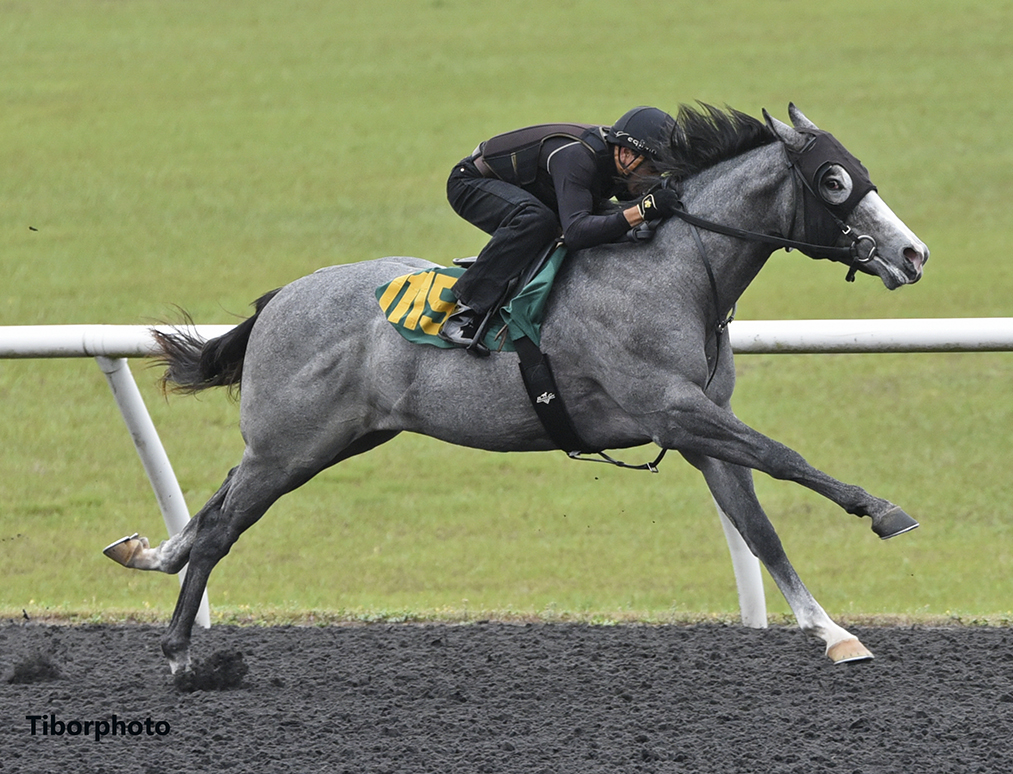 Hip 1115, a gray/roan colt from the first crop of Bonita Farm stallion Kobe’s Back, sold for $375,000 to John P. Fort. Consigned by Mayberry Farm, Agent III, he breezed an eighth in :9.4, tying for the co-fastest time on the final day of the under tack show. Bred by Barak Farm, the colt sold as a yearling for $27,000 at the 2020 Fasig-Tipton Midlantic Fall sale last October.

Out of the Mizzen Mast mare Miss Charades, he is a half-brother to multiple stakes-placed Deep Red (Algorithms); his second dam is graded stakes winner Silver Charades (by Broad Brush).

Kobe’s Back, owned by CRK Stable, who campaigned him to win over $1.1 million during a career in which the top-class sprinter won four graded stakes and placed in eight others, including three Grade 1s, stands for $3,000 in Darlington, Md.

Hip 147, a gray/roan filly by Cupid out of the Songandaprayer mare Sensible Shoes, was purchased for $100,000 by Jeffrey E. Mackor II, agent for Keith Johnston after she breezed an eighth in :10.2. Consigned by RiceHorse Stable (Brandon and Ali Rice), the filly, from the family of Grade 1 winner Tango Dancer, was bred by Sherman Chin. She sold as a weanling for $6,000 at the 2019 Fasig-Tipton Midlantic December Mixed sale and was later a $26,000 RNA at the 2020 Keeneland September Yearling sale.

The graded stakes-winning sprinter stands for an advertised fee of $2,000 at Shamrock Farm in Woodbine, Md.