Fasig-Tipton’s Midlantic Two-Year-Olds in Training sale featured a strong group of Maryland-breds, with eight selling for six figures over the two-day sale held Monday and Tuesday, May 17 and 18, in Timonium. A $450,000 bay colt by freshman sire Gormley, purchased by Mayberry Farm, was the highest-selling Maryland-bred of the group. 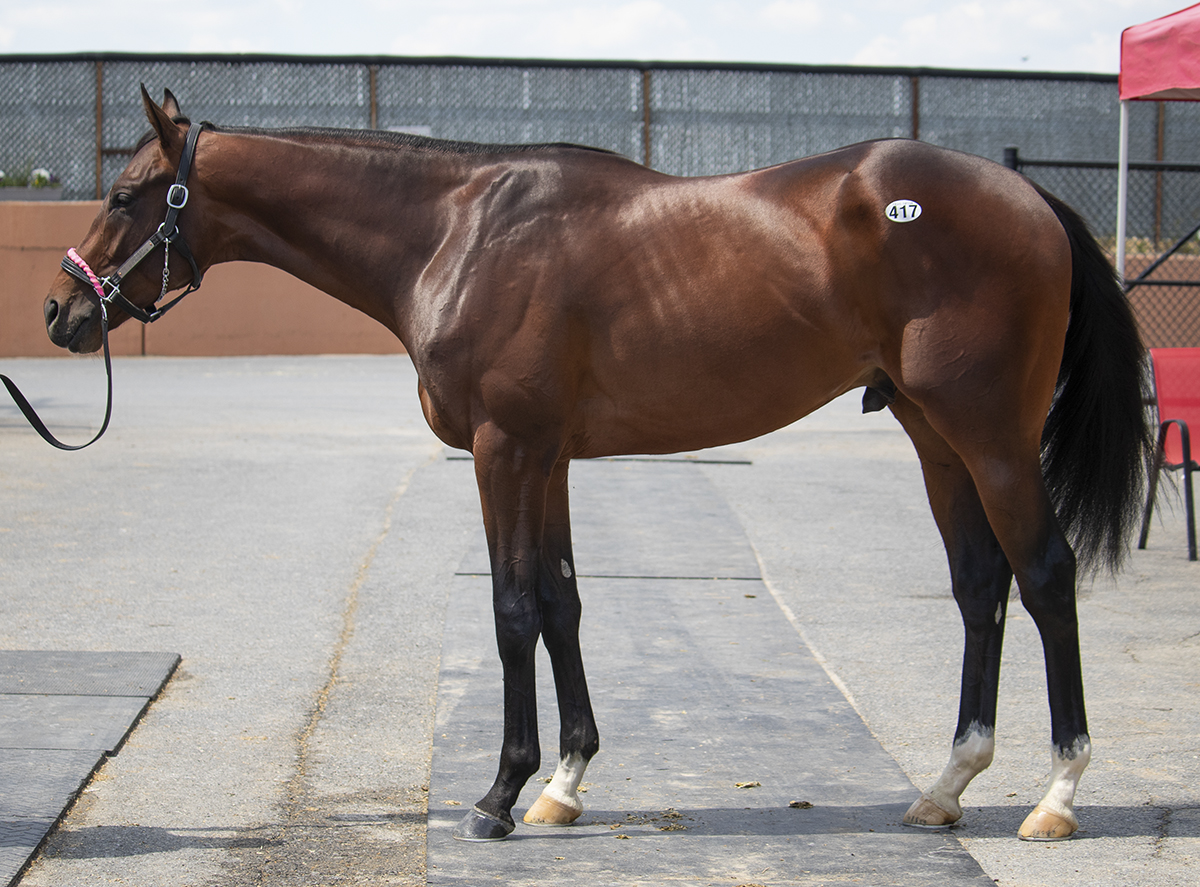 The only horse consigned by Chris Seale (Bird in Hand Stables), the Gormley colt breezed an eighth in :10.2 at the under tack show. Bred by CandyLand Farm, he was a $49,000 RNA at last year’s Fasig-Tipton Midlantic Fall Yearlings sale.

The bay colt is the fourth foal produced by D D Renegade, a winning daughter of Medallist purchased by CandyLand as a yearling for $5,500 at the 2010 Fasig-Tipton Midlantic Fall sale. D D Renegade’s first three foals are winners, highlighted by stakes-placed Jamaican Don, a 6-year-old gelding by Freedom Child.

The second-highest price was a filly by Violence out of the winning Not For Love mare Dress Up, who sold for $190,000 to Herringswell Racing Club from the consignment of Harris Training Center LLC Agent. Bred by Walter Vieser II, she breezed an eighth in :10.1. She initially sold for $65,000 at last October’s Fasig-Tipton Midlantic yearling sale.

All the foals of racing age under the chestnut filly’s first three dams are winners. The filly’s second dam Dress Grey, a Maryland-bred stakes-winning daughter of Lion Hearted, is one of 15 winners from 15 foals produced by Virginia-bred Chemise (Secret Hello), who include graded stakes-placed Hello Lover and stakes winners Miss Lombardi, Yes to the Dress and Coquettish, the latter Maryland-bred champion 2-year-old filly of 2002.