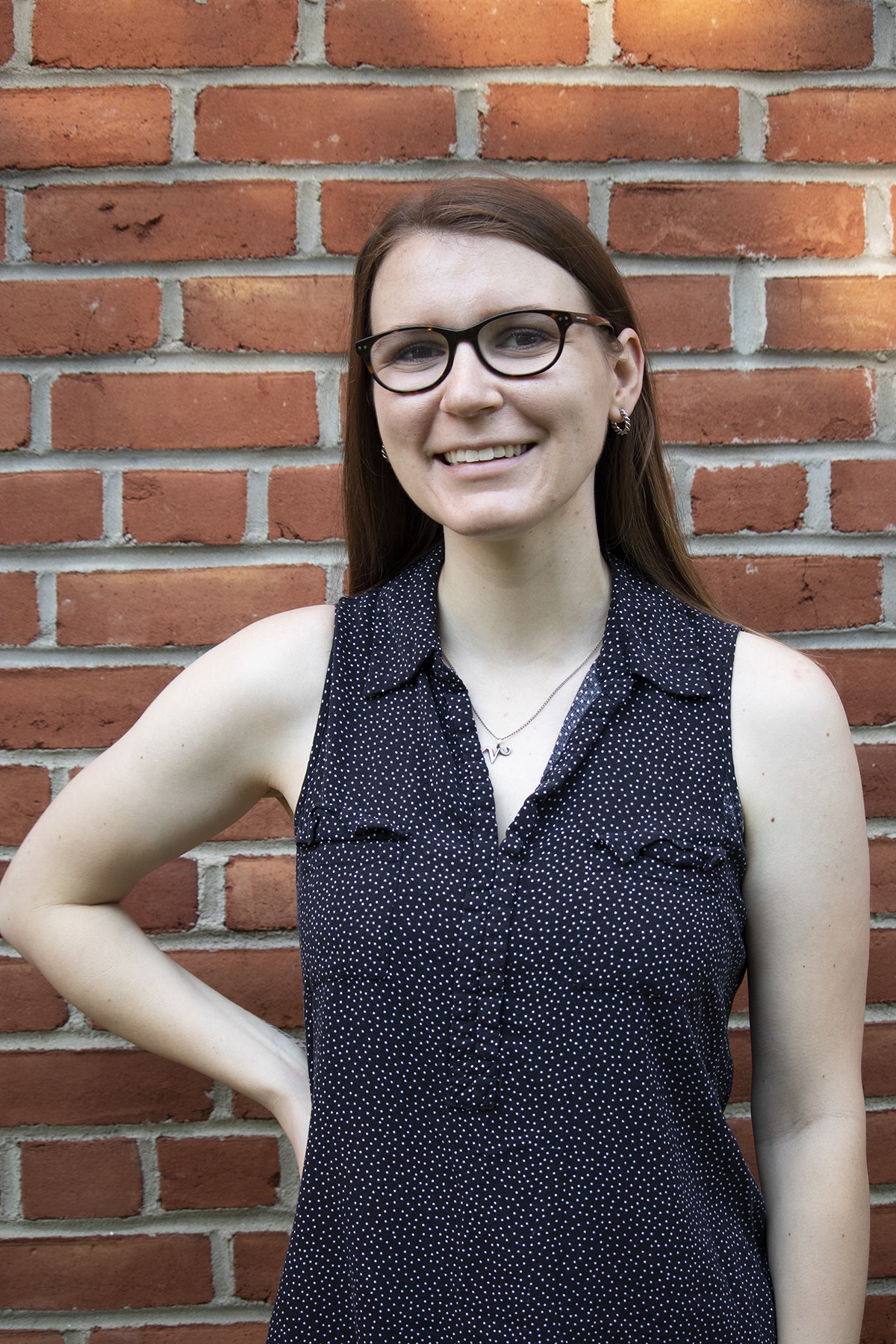 As she works through her first season of handling Maryland-bred registrations, get to know Emily better in this Q&A:

How did you first get involved with horses and horseback riding?

The first time I ever interacted with horses was actually in first grade. We had someone that had a farm and so we went on a field trip and we did pony rides, and I remember I came home and I was like “I wanna do that again,” and my parents were like, “Uh-huh okay, I don’t know about that,” but they did and I started riding at Full Moon Farm in Finksburg and I didn’t stop. I rode there all through high school, I did a bunch of their equitation teams and small local shows and stuff, very much a barn rat, and then I graduated high school and I went to Washington College in Chestertown and rode on their team. We mainly did the Interschool Horse Show Series and stuff like that and then I graduated and I got an internship with the Chronicle of the Horse, so I moved to Virginia and I worked for them and wrote for them and covered a bunch of shows and when that internship ended, it really worked out well that I was like coming back to Maryland and I found the position with METS.

So yeah horses have always been in my life in some type of capacity and one thing I think that’s so great about horses is that you can always learn more, there’s always something else to learn. And I think so far my kind of pinballing around the industry has proven that true. I did a lot of like the hunter/jumper stuff and then with the COTH it’s all like the Olympic sports, and then with METS I really found a niche within the rescue community and less so for sport, since most of the people that come to us or that we interact with are just for pleasure or just companion. So now this shift here to more of the Thoroughbred side, which is obviously sport but a different aspect of the sport than what I’m used, it’s like you could do something different every year for your whole life and still not do everything with horses that you could.

What have you taken away from the various aspects of the horse industry that you’ve worked in?

As an English major, all I did was write, so moving into the internship with the COTH, you do a ton of writing because they’re a bi-weekly magazine and they also have daily web content, so they’re constantly pushing stuff out so it’s a really fast-paced environment. And while I had been sort of involved as far as watching the elite level of the sport, it was kind of insane just to be at the in gate and you’re like “okay, there’s McLain Ward, there’s Beezie Madden,” like they’re just right there and now I have to go talk to them. It kind of puts your idols on your level a bit. To tell 11-year-old Emily that had a Beezie Madden poster that you would just go and interview her later in life, my mind would explode.

So part of one thing that internship really taught me was how to talk to people, like how to talk on the phone and how to have a conversation with people you don’t know, which tends to be sometimes hard for me because I can be a little bit introverted, a little bit shy. So just to walk up to whomever at a show and be like “I’m from the Chronicle, I need to interview you now,” is like sometimes a little bit intimidating, and I think that really helped with my position at METS. It’s really such a people job, like I really don’t interact with horses that much on the day-to-day job, it’s really speaking with people on the phone, connecting with them in that way, because most of the time when they’re reaching out it’s difficult, it’s emotional for them. It’s so important that they don’t feel judged or feel like they’re being rushed off the phone or anything, I want them to feel comfortable asking for help. I think learning how to connect with people in that way has been really beneficial for me since that was a huge part of my job, connecting with owners and allowing them to allow me to help them.

What interested you about the registrar position and what are you looking forward to in it?

I think what’s interesting to me about this position is like I said, it’s just something new in a part of the industry that I’m not a part of. I think each niche tends to be pretty insular – like the hunter/jumper type sport, they don’t know anything about racing, and honestly vice versa. I am a little bit guilty of that, I truly don’t know much about the Thoroughbred industry but one thing that I’ve found an interest is with METS is aftercare, because there are so many interesting aftercare programs, so it was interesting to me to have the possibility to work for the MHBA and to be able to learn more about that aftercare side in addition to the whole Thoroughbred industry. But the aftercare side I think is what’s most interesting to me and then I really don’t know much about, it’s really just such a learning opportunity for me. Like I know horses, I’ve always known horses, but it’s just shifting focus to something I haven’t often paid attention to in the past. I’m excited to make more connections and different connections. With the COTH I made a lot of that aspect of the sport industry, those types of connections, with METS it’s shifted completely to rescue connections and here I’m hoping to find Thoroughbred connections and just continue my education as a horse person, as a professional in that aspect. I just love learning more about the industry and we’re in such like a fantastic place to do it, so I think just learning more and growing myself and finding my niche.