The only Maryland-bred offered at the second annual Fasig-Tipton Santa Anita Two-Year-Olds in Training sale, held June 23 in Arcadia, Calif., made her presence known as she went through the ring as the sixth highest priced of 53 sold. 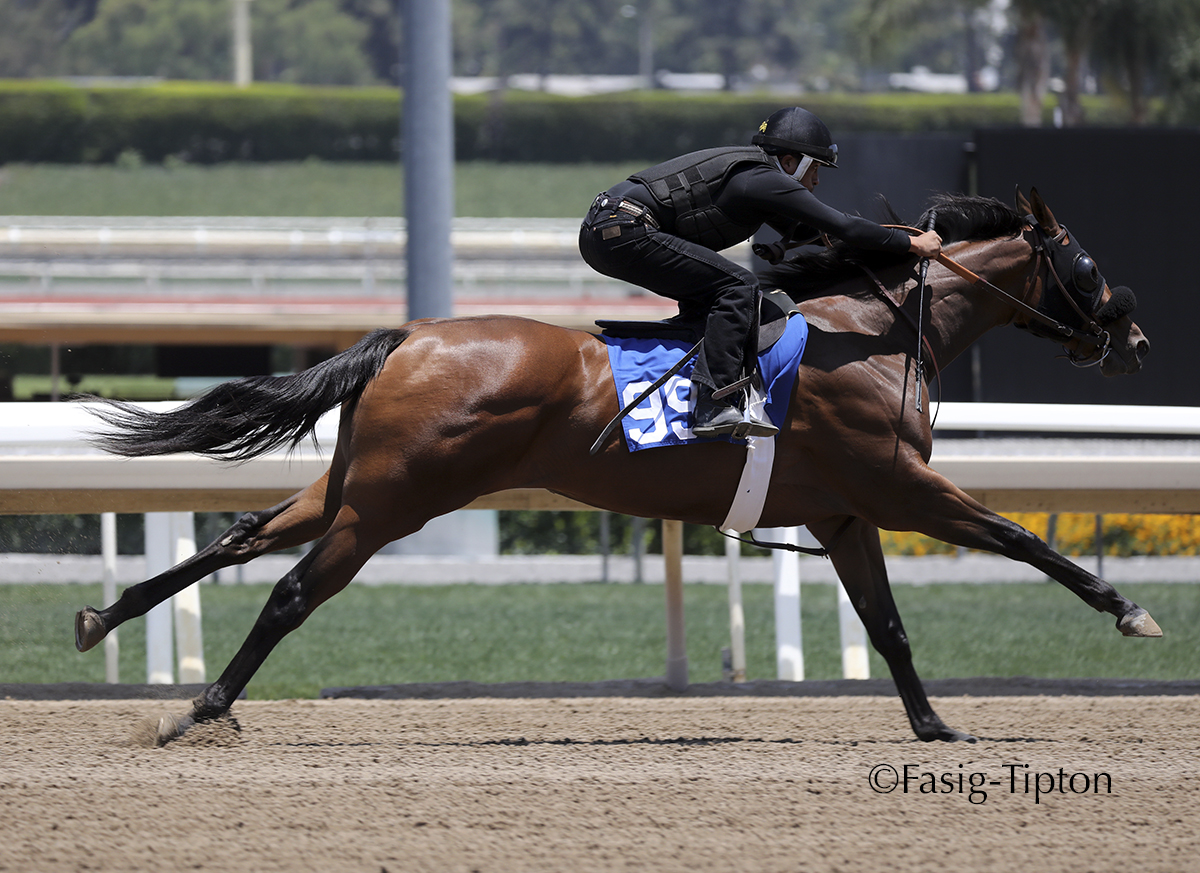 Holy Berries (Hip 99), a bay filly by Anchor and Hope Farm’s Holy Boss out of the stakes-winning Kipling mare Kip Berries, sold for $110,000 to West Point Thoroughbreds Inc. Consigned by Havens Bloodstock Agency Inc. Agent, she breezed an eighth in :10.4. Bred by Lady Olivia at North Cliff LLC, the filly sold for $57,000 as a yearling at the 2020 Fasig-Tipton Kentucky October sale. Earlier this year, she was a $75,000 RNA at the Ocala Breeders’ Sales Company’s March Two-Year-Olds in Training sale.

Freshman sire Holy Boss has had two 2-year-olds sell for six-figures from three offered this year. A chestnut colt named Holy On Sunday, out of the Malibu Moon mare Sunday in Malibu, sold for $100,000 to Down Neck Stable/Kelly Breen, agent, at the Fasig-Tipton Midlantic Two-Year-Olds in Training sale in May. Consigned by Todd Beattie Horse Training & Sales LLC Agent, he was bred in Maryland by Dr. Ronald Harris Parker.

Graded stakes-winning sprinter Holy Boss stood his first U.S. season in 2018 at Louis and Grace Merryman’s Anchor and Hope Farm in Port Deposit after retiring from the track in late spring 2017 and covering his first mares in Argentina that fall. A dual-hemisphere stallion in each of his four breeding seasons, the son of Street Boss has 43 2-year-olds in his first U.S. crop.

Show’em Who’s Boss, a 2-year-old filly out of the Tapit mare White Eye Julia I., became his first North American starter and winner when she broke her maiden by five and a half lengths at Delaware Park on June 16.