Alwaysinahurry outran his 9-1 odds as he bested graded winner Mighty Mischief in the $100,000 Concern Stakes for 3-year-olds at six furlongs, pulling away to earn his first career stakes victory by four and three-quarters lengths at Pimlico on Sunday, July 4. 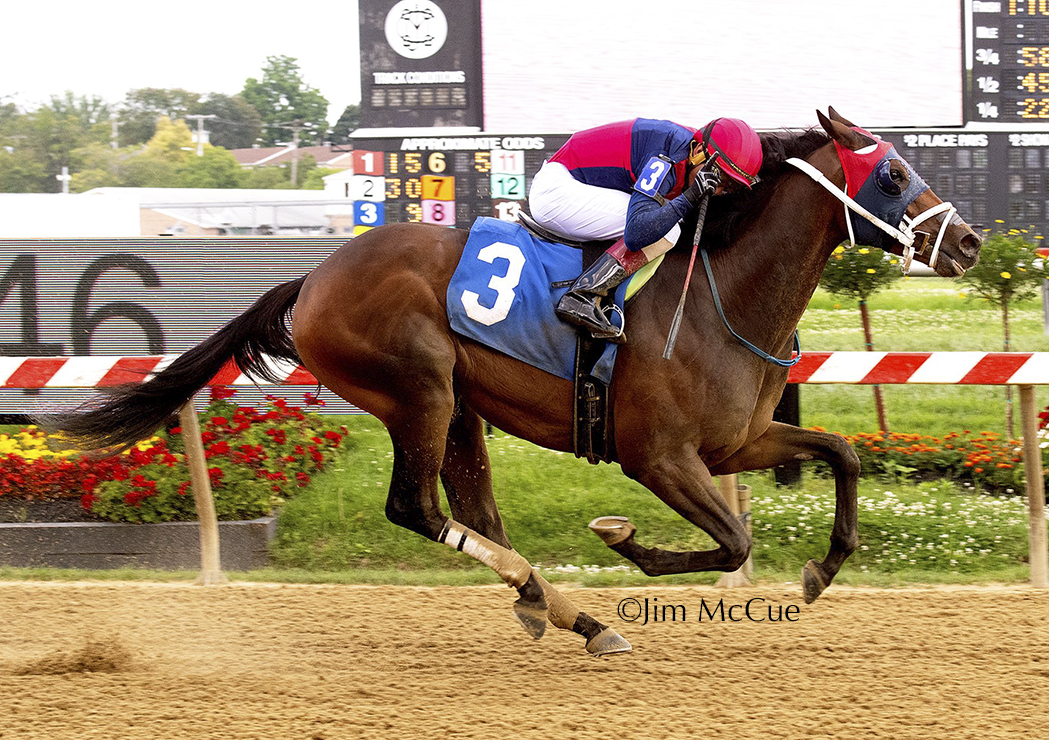 Making his second start of the year, the Dale Capuano trainee owned by Mopo Racing bided his time as Roderick and 3-10 favorite Mighty Mischief rattled through an opening quarter-mile in :22.97. Alwaysinahurry made his move up the inside, shifted off the rail at the top of the stretch and took aim at Mighty Mischief and flew by, pulling away to finish the six furlongs in 1:10.56.

“[Jorge Ruiz] rode him excellent. We talked about that before the race. We thought there would be plenty of speed,” Capuano said. “We knew [Mighty Mischief] was going to go from the rail so we just wanted to sit off the pace and try to save ground and he did a good job doing that. He had a good trip and it worked out perfectly.”

Alwaysinahurry finished second in his debut last July at Delaware Park and made three more starts, placing in two of them, before breaking his maiden by five and a quarter lengths in a six-furlong waiver maiden claimer (no tag) Sept. 30 at Delaware. Just under a month later, he made his stakes debut in the Maryland Million Nursery at Laurel Park, where he finished second, five lengths behind stablemate Kenny Had a Notion. After a neck victory in a seven-furlong allowance in November, Alwaysinahurry finished fifth in the Maryland Juvenile Futurity in December, won by Jaxon Traveler, to close out his juvenile season.

The Great Notion gelding took a nearly four-month break before returning to the work tab this April and making his first start in June, where he finished fourth in a six-furlong allowance at Delaware. “The Delaware race was a very tough race,” noted Capuano. “They were all older horses and he fought all the way after the layoff and came out of the race really well. I just thought that this race surely wasn’t any tougher than the last race. That was kind of a hidden tough race. It all worked out well.”

Alwaysinahurry improved his record to 3-3-1 from 10 career starts, with $160,072 earned in just under a year since his debut.

Mopo Racing purchased the bay for $70,000 as a yearling at the 2019 Fasig-Tipton Midlantic Eastern Fall sale. Bred by Dr. and Mrs. Thomas Bowman, Quin Bowman and Rebecca Davis, Alwaysinahurry is the last of 11 foals for his dam Otherwise Perfect, an unraced daughter of Lemon Drop Kid. All 11 have started, and eight are winners, including additional stakes winners Clubman ($471,142) and I Stand Alone ($251,578), Grade 3-placed juvenile Friscan and stakes-placed Stonebriar.