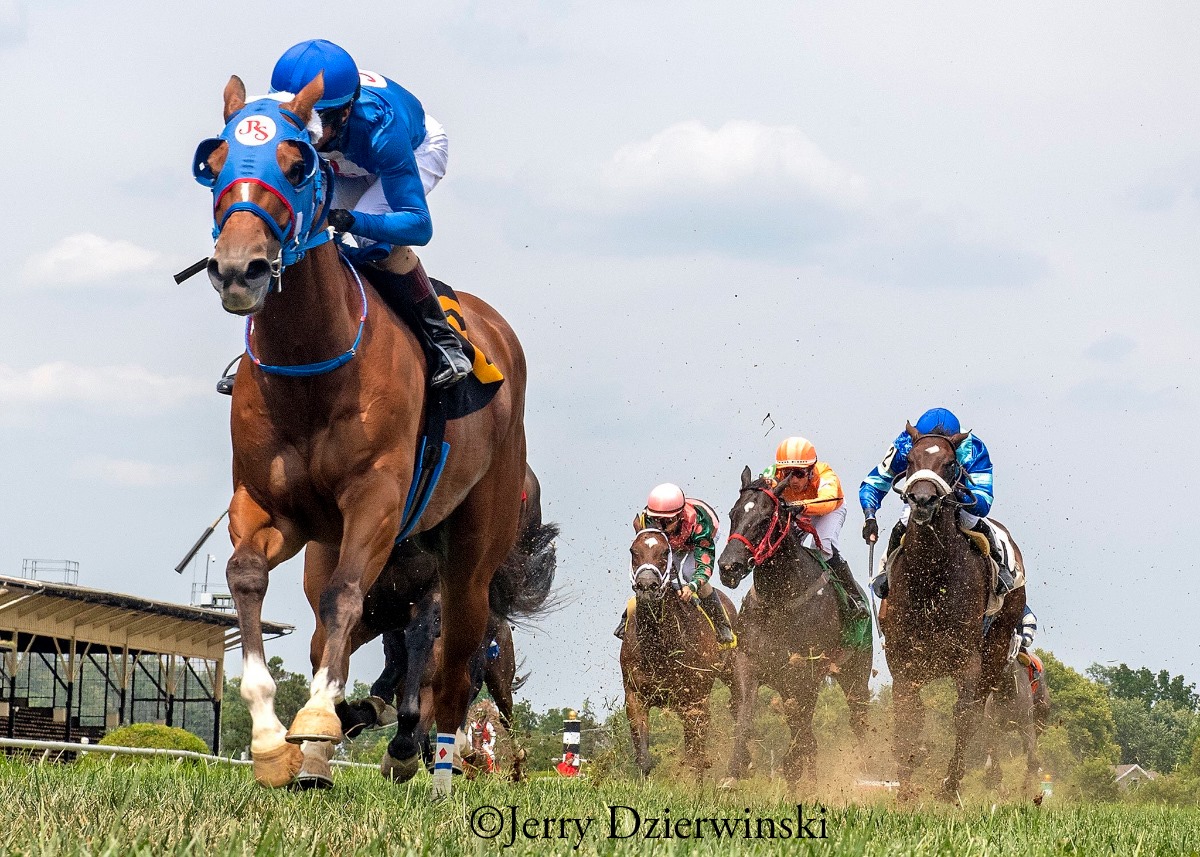 Following a fourth-place finish in the Jameela Stakes at the same five-furlong distance just a few weeks prior, Can the Queen broke quickly and rated off early pacesetter What a Track from the outside through an opening quarter-mile in :21.63. Launching her run as they turned for home, Can the Queen flew past What a Trick and repelled a late rally from Flyingontheground to finish in :56.41.

“I’m so excited for this filly,” said trainer Rodolfo Sanchez-Salomon. “I never expected her to run this good. She just needs a good ride, patient, and she can run a little bit. At the end when she started moving up, I was just hoping she wouldn’t stop because she usually stops a little bit when she gets in front. She got [the] perfect ride. She wasn’t rushed in the beginning; she was just sitting there waiting for the moment to move on.”

The 5-year-old daughter of Can the Man has risen up the ranks from claimer to stakes winner and improved her record to four wins and a third from 12 career starts, with $139,033 in earnings.

Unraced at 2, Can the Queen didn’t make her first start until September of her 3-year-old season when winning for a $16,000 tag at Laurel going five and a half furlongs on the turf, her only win in three starts that year.

She returned in May 2020 and won her 4-year-old debut, a waiver claimer, by three and a quarter lengths over a large field of 10. She hit the board in a starter race that July, and picked up her first allowance win last September at Pimlico by an impressive seven lengths going five furlongs on the dirt, originally scheduled for the turf, as she hit the wire in :57.46.

This year began with a seventh-place finish in The Very One Stakes at Pimlico, followed by a fifth in an allowance and her run in the Jameela.

Bred by Carol Ann Kaye, Can the Queen is the last of four foals for her dam Queenterra, a daughter of Empire Maker. All are winners.