Big Lick Farm’s homebred Cavalier Cupid made a fierce run down the stretch to score by a length in the $100,000 Keswick Stakes, for Virginia-restricted 2-year-old fillies, and notch her first career stakes victory at Colonial Downs on Monday, Aug. 2. 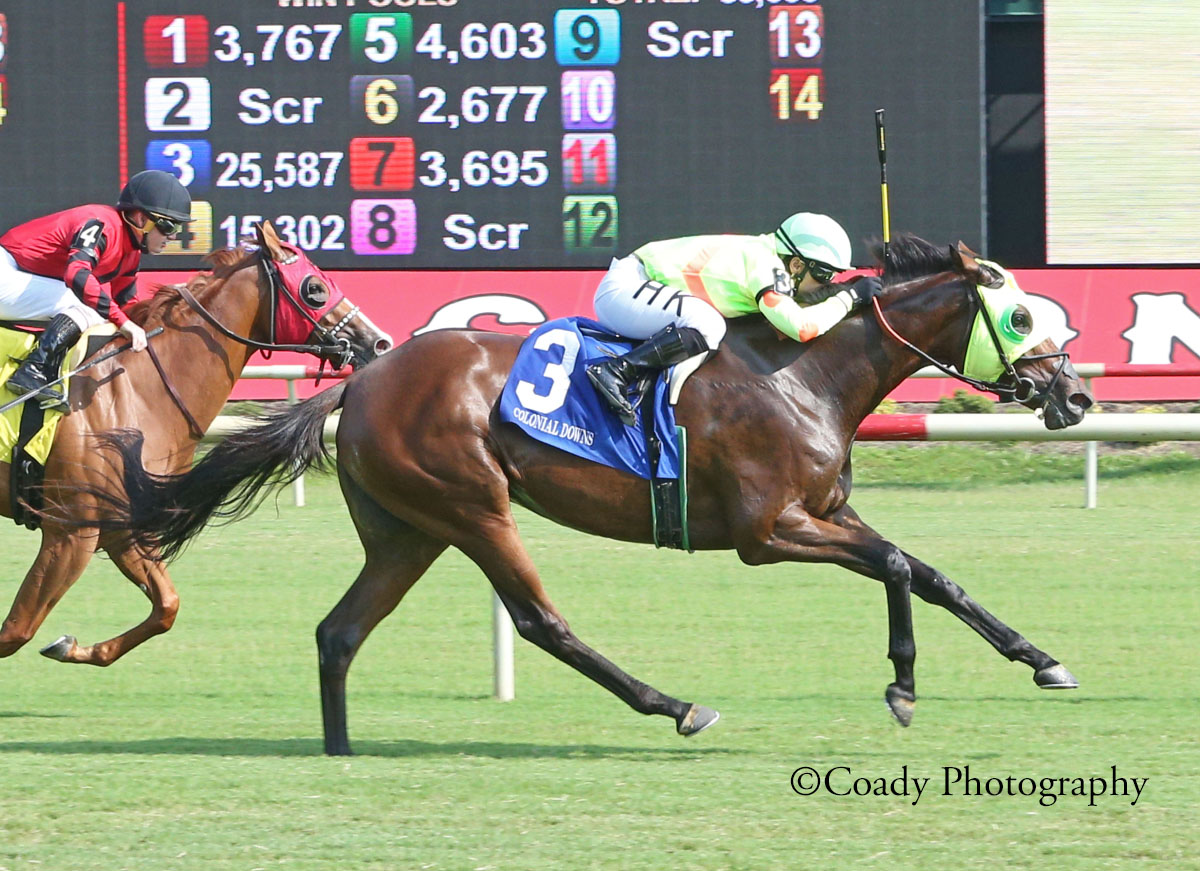 The Quality Road filly went off the 7-10 favorite, broke well and settled behind early pacesetters Rambert and Buff My Boots as they hit the quarter-mile mark in :22.06. At the top of the stretch, Cavalier Cupid moved up along the outside and shot past Buff My Boots to chase Rambert down the stretch. Catching her, she went on to hit the wire in :56.52 for the five furlongs on the turf. Determined Truth was five and a half lengths back in third.

She became the first horse to win twice at the current Colonial Downs summer meet, following her first face-off with Rambert in a five-furlong turf maiden special weight July 19. Sent off as the 3-1 favorite, Cavalier Cupid drew clear in the stretch to beat Rambert by two lengths in a final time of :56.75.

“She just doesn’t do a single thing wrong,” said trainer Sarah Nagle. “She’s just a pleasure to train. If they were all like this, it would be a whole lot easier. After the maiden win, she had five days off in the paddock just rolling around. We didn’t work her during the time between races, just galloped her lightly.”

The filly debuted in late June at Belterra Park, also at five furlongs on the turf, and finished second by a half length. From three starts, she’s banked $93,080.

Cavalier Cupid is the first foal for El Vedado, a winning daughter of Big Brown and half-sister to four stakes horses from the family of Fappiano, Ogygian and Honour and Glory. The mare has a Point of Entry yearling filly named La Befana and a Palace Malice filly born this past March named Salalah. She was bred back to Mendelssohn for 2022.