Freshman sire Kobe’s Back was represented by his first winner when Heat Merchant closed relentlessly to get up for a three-quarter-length score in a six-furlong maiden special weight over Woodbine’s all-weather surface on Sunday, Aug. 15. 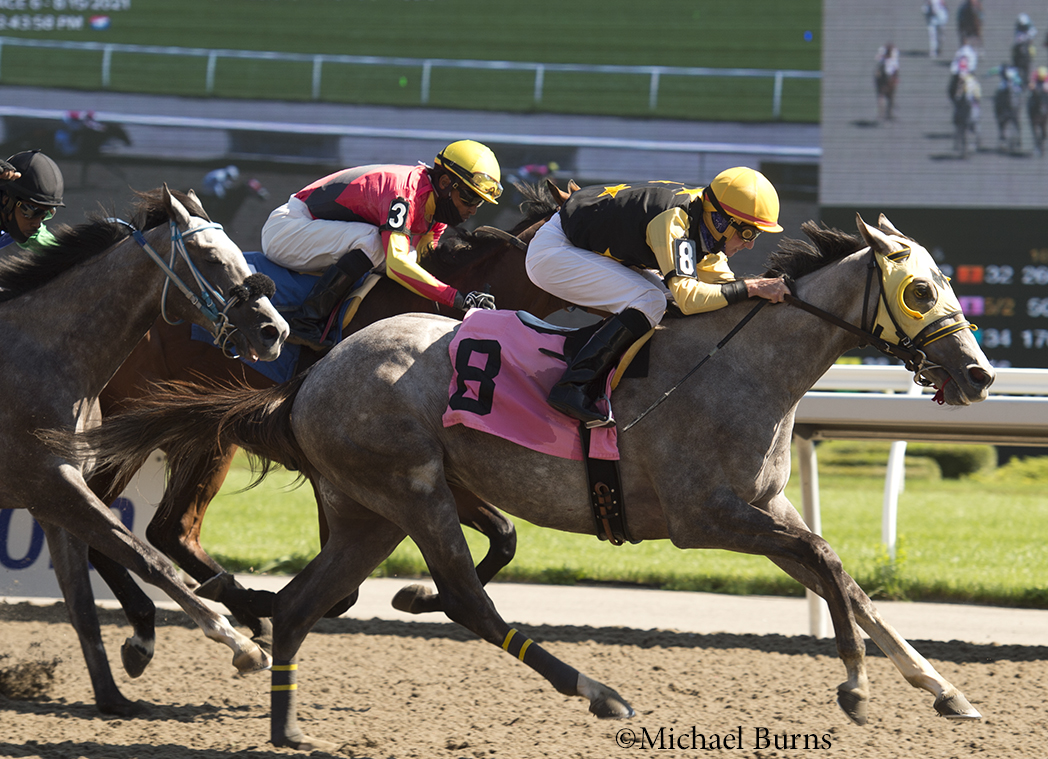 The 5-2 favorite in the field of 11, Heat Merchant came in having just missed by a nose in his previous start July 18 when racing farther back off the pace going a half-furlong shorter. The win increased his earnings to $47,669 in three starts. Bred by CRK Stable, he races for Mary Ellen Biamonte, who purchased the gray/roan gelding for $4,500 at the Keeneland September yearling sale, and is trained by Ralph J. Biamonte.

Kobe’s Back drew attention as a freshman sire earlier this year when his son Paper Mirror sold for $375,000 at the OBS April 2-year-olds in training sale. He has 16 foals of racing age in his first crop.

A multiple graded stakes-winning sprinter of $1,116,595, Kobe’s Back competed exclusively in stakes in 26 starts over a five-year campaign. Based in California for Lee and Susan Searing’s CRK Stable, the gray broke his maiden first time out at 2 in the Willard L. Proctor Memorial Stakes at Hollywood Park, against a field that included California Chrome.

He won Santa Anita’s San Vicente Stakes-G3 at 3, Keeneland’s Commonwealth Stakes-G3 at 4, and recorded his best season at 5 with back-to-back scores in the Palos Verdes and San Carlos, both Grade 2 stakes at Santa Anita. His Grade 1 placings were a second in the 6-furlong Santa Anita Sprint Championship Stakes-G1, in which he rallied after trailing by more than 16 lengths to miss by a neck, and thirds in the Bing Crosby and Triple Bend.

A son of Flatter out of the Well Decorated mare Well, Kobe’s Back is a half-brother to graded stakes-winning sprinter Well Spelled from the family of graded stakes winner and sire Notation.

The 10-year-old stallion stands at Bonita Farm in Darlington for $3,000 live foal.