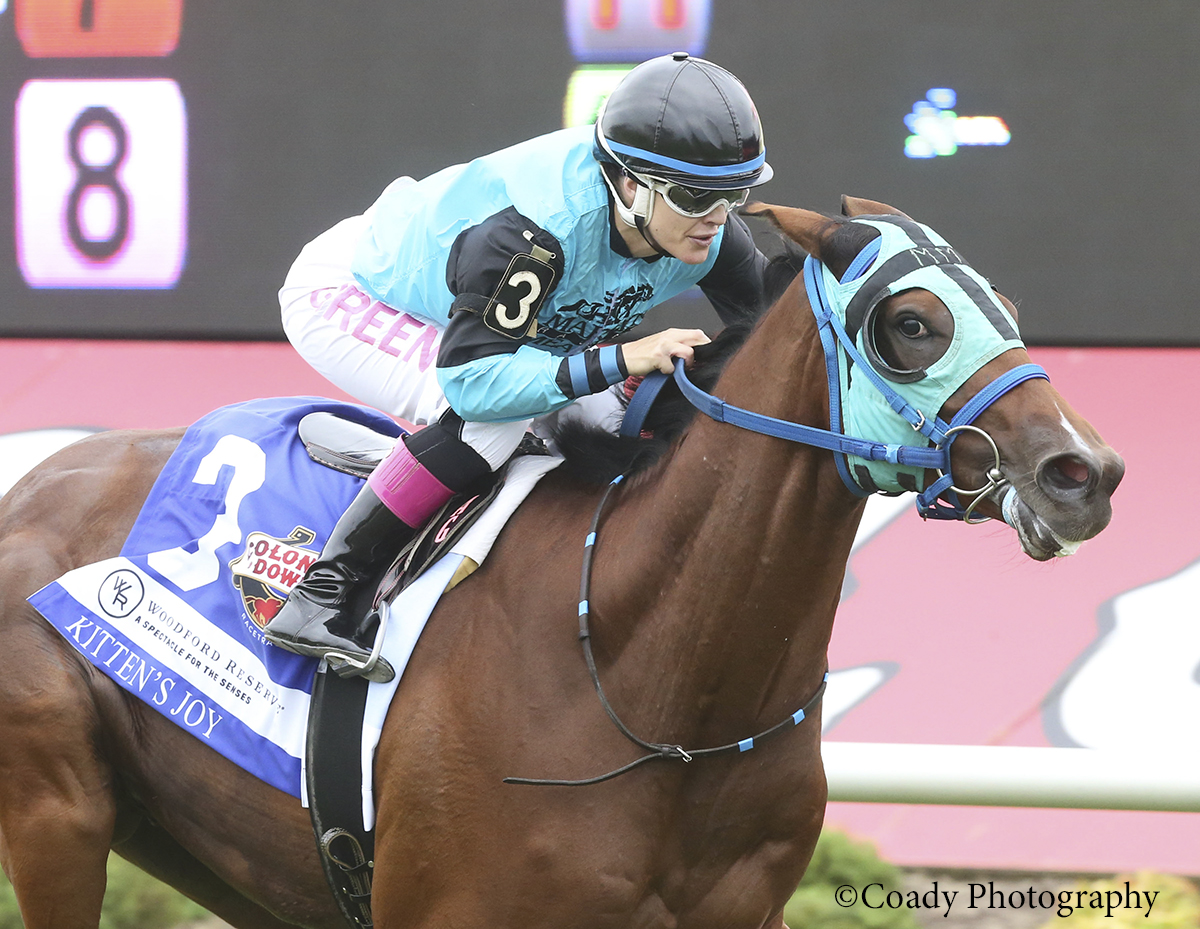 The bay Pennsylvania-bred gelding trained by Lynn Ashby, who also co-bred him, traveled to Colonial Downs for the $100,000 Woodford Reserve Kitten’s Joy Stakes on the track’s big Virginia Derby card on Tuesday, Aug. 31. Sent off as the longest shot (7.70-1) among the five 2-year-olds, he shot to the front at the start, galloped along under Aubrie Green while never seriously threatened through slow fractions on the firm turf, and had plenty left to cruise home a two and a quarter-length winner going a mile and a sixteenth.

Owned by William Gotwals and and Mark Ashby, Epic Luck has now earned $76,500 in two starts. His debut was sensational when he scored in a Delaware Park maiden special by 10 3/4 lengths on July 28, also leading all the way.

Northview Stallion Station’s syndicated Madefromlucky has 36 foals in his first crop. The 9-year-old son of champion and champion sire Lookin At Lucky entered stud with stellar credentials. The chestnut is out of a full sister to three-time leading sire Tapit. And he earned $1,351,500 during a career in which he won six of 24 career starts, four of them stakes, including the West Virginia Derby-G2, Peter Pan Stakes-G2 and Greenwood Cup-G3. Among his eight stakes-placings was a second behind American Pharoah in the Grade 2 Rebel at Oaklawn Park in his stakes debut.

Out of the Pulpit mare Home From Oz, Madefromlucky is a half-brother to A Shin Gold, a stakes-placed earner of $805,785 in Japan. His second dam, stakes winner Tap Your Heels, is a half-sister to champion sprinter and leading sire Rubiano. The family also includes Belmont Stakes winner, champion and Grade 1 sire Summer Bird, major sire Relaunch and successful sire Glitterman.

Madefromlucky stood the 2021 season in Chesapeake City for $5,000 live foal, payable when the foal stands and nurses.