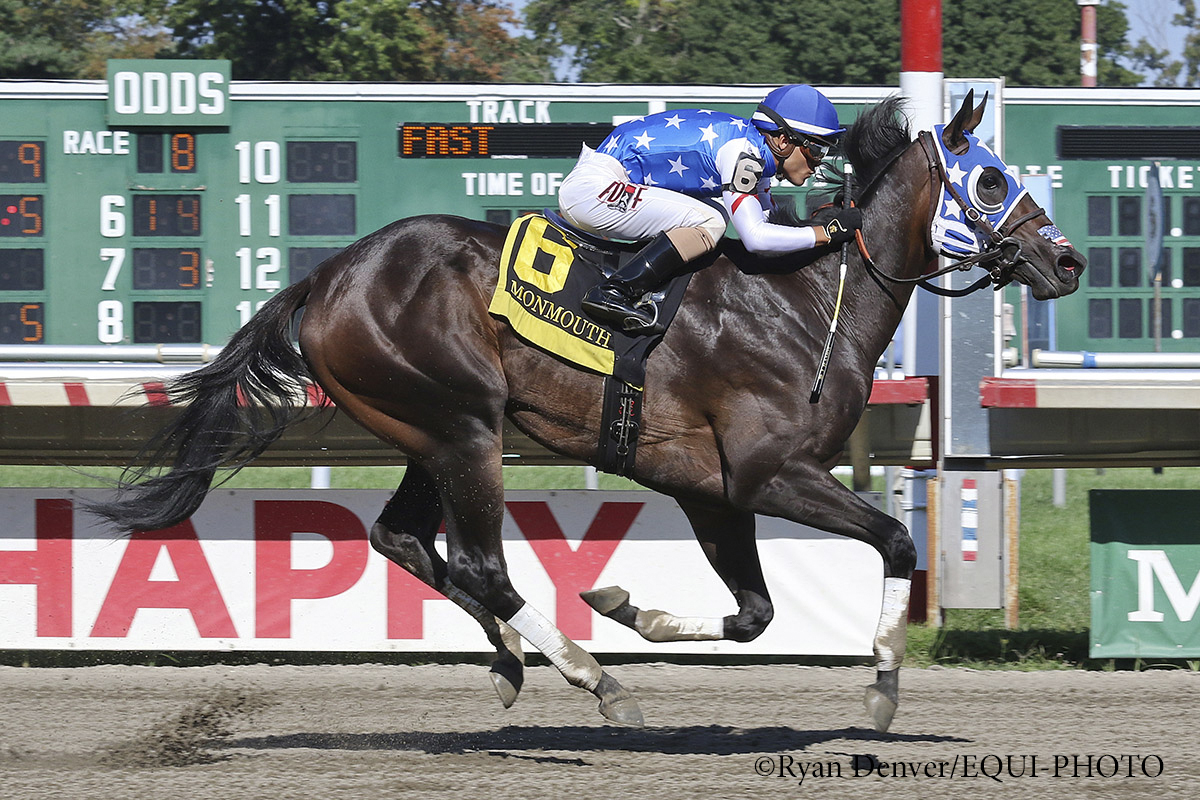 Sent off at nearly 15-1 in the six-horse field of 2-year-old fillies, Runup took over the lead from the start and held it through an opening quarter-mile in :23.73 and half in :47.69, with Jumeirah chasing in second. Runup drifted out to the center of the track as she came down the stretch but was never in danger of being caught by Jumeirah, who finished a half-length ahead of favorite Gimmick in third.

“She ran a big race,” said trainer Laura Wohlers. “She’s still a little green and she has a lot of improvement to make but she ran a nice race. I really didn’t worry about her trying two turns. She’s one of those fillies that, in the morning, in her gallops or at a clip, she’s still in the bridle at the end. So I really wasn’t worried about the distance.

She is the latest stakes winner from the second crop of her multiple Grade 1-winning champion sire Runhappy, who was also campaigned by McIngvale and trained by Wohlers during his racing career and stands at Claiborne Farm in Kentucky.

“I was more concerned about her stepping up into this company with her still being green. She’s a little hard to gallop. She’s always on the go, like her dad was. I think she is going to improve the more she runs. We’re really happy today. Of course, we’re happy for Runhappy. He’s our boy,” said Wohlers.

Runup made her debut at Colonial Downs this July, where she finished third in a five-furlong maiden special weight on the turf behind eventual stakes winner Cavalier Cupid. Returning to her home state in August, she switched to dirt and proceeded to break her maiden by six and a quarter lengths, despite stumbling at the start, as she finished the five and a half-furlong test in 1:05.11 at Pimlico. She stretched out to a mile for the Sorority.

McIngvale, the famed Texan known as “Mattress Mack” who founded Gallery Furniture and has been a huge promoter of the Thoroughbred industry in recent years, purchased the filly’s dam Up the Street for $50,000 out of the 2018 Keeneland November sale. The daughter of Street Cry (Ire), in foal with Runup, was sent to Kristin Close’s KJC Stables in Parkton to foal. McIngvale has another 2-year-old Maryland-bred, a colt by Kobe’s Back out of Snow Lass named Dathoss, who has been breezing bullets at The Thoroughbred Center in Lexington, Ky., but has yet to start.

McIngvale has two Maryland-breds born this year at Cordelia Stables in Laurel, and plans to foal out four mares in the state in 2022.

Runup is the third winner from five starters produced by her dam, who has eight foals including a yearling colt by Friesan Fire named Hesfiredup and Runup’s full-sister born this April, both Pennsylvania-breds. Up the Street has been bred back to Runhappy for 2022.