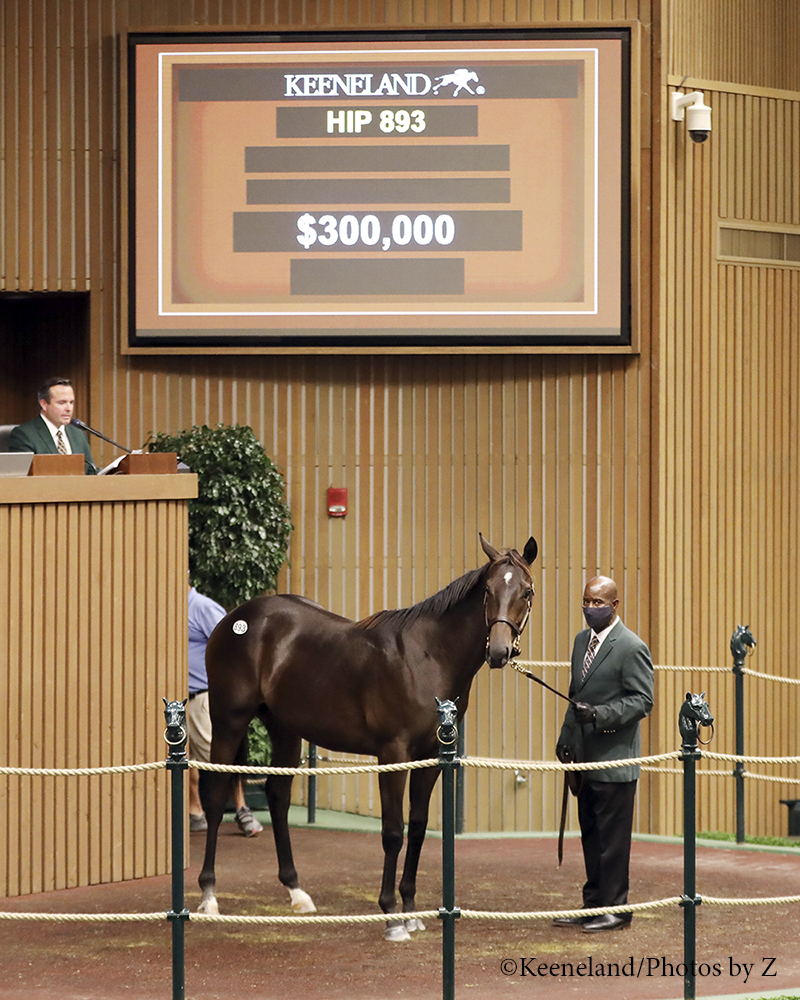 Southampton Way produced a filly by Constitution this April and has been bred back to Justify for 2022.

The second-highest selling Maryland-bred was a $225,000 chestnut colt by Munnings out of the Broken Vow mare I’m Engaged, who is a half-sister to Grade 2 winner Fiery Pursuit, stakes winner Stage Trick and stakes-placed Space Cruise, from the family of champions Flanders and Surfside. Purchased by Sapphire Racing, the colt originally sold for $110,000 to Hideaway Farms at this year’s Keeneland January sale.

The following are the six-figure Maryland-bred yearlings sold at this year’s sale (with breeder, consignor and buyer):