Murph runs away with stakes debut in Small Wonder

Cash is King LLC and LC Racing LLC’s Murph ran away down the stretch to record her first career victory in the $100,000 Small Wonder Stakes on Delaware Park’s Owners’ Day card on Saturday, Sept. 25. 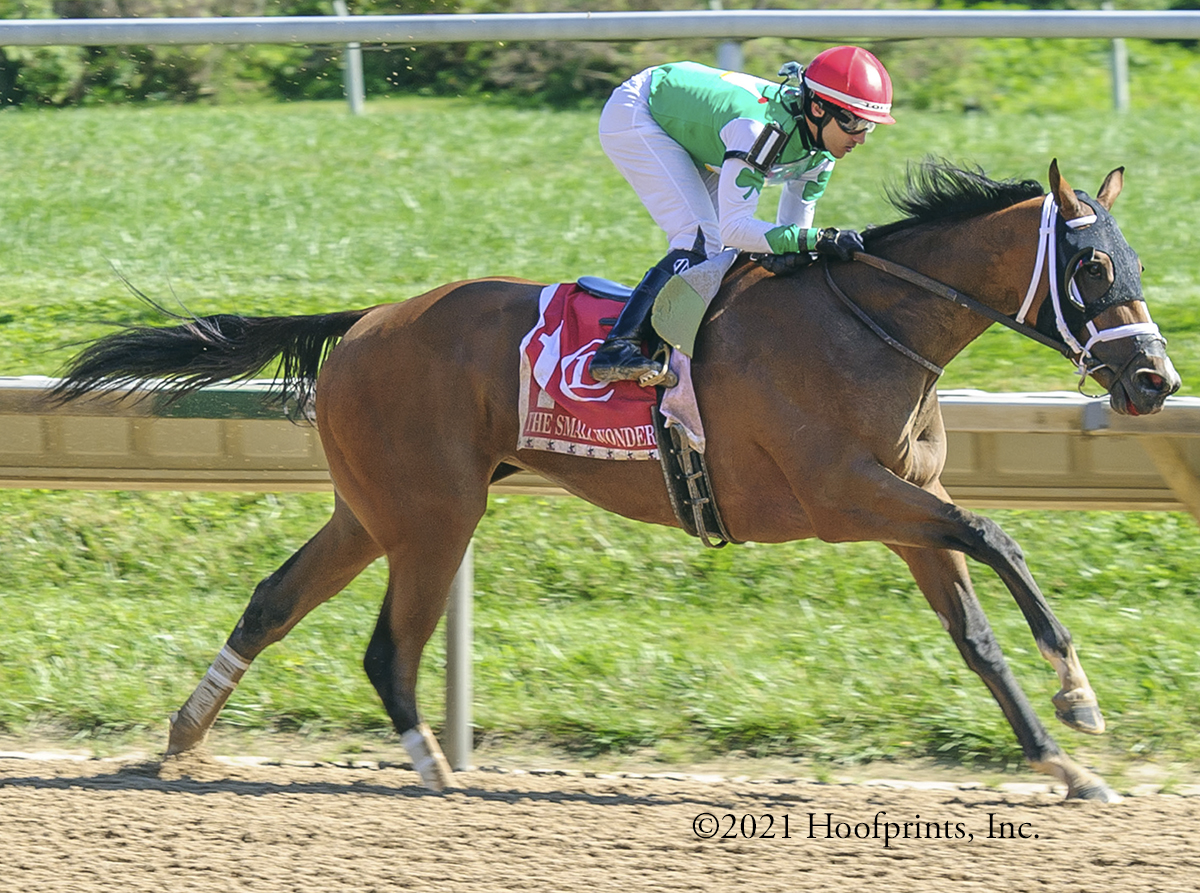 After finishing second in her first two starts, both at Pimlico, the Brittany Russell trained filly shipped north for the stakes for 2-year-old Delaware-bred or certified fillies and got a work over the track a week before her stakes debut.

Sent off as second choice in the field of seven, Murph broke from the 1 post and held her place along the inside rail, racing as a team with Mama G’s Wish and What’s Cookin to her outside while tracking early pacesetter Music Mandate, who zipped through an opening quarter in :22.27. Turning for home, the Brittany Russell trainee eagerly shot to the front when the leader drifted out, quickly opened up and extended her lead to the wire to finish four and a half lengths in front of late closer Whiteknuckleflyer while completing the five and a half furlongs in 1:03.72. Mama G’s Wish was another four lengths back in third, resulting in a Maryland-bred trifecta.

Murph was sold by her breeder CandyLand Farm at last year’s Fasig-Tipton Midlantic Eastern Fall yearling sale, where the daughter of Malibu Moon was purchased by Chuck Zacney for $140,000. Her first win boosted her earnings to $81,160.

She is the fifth winner from seven starters for Fire of Freedom, a daughter of the Street Cry (Ire) who has also produced multiple graded stakes-placed Travel Advisory (Stormy Atlantic). Sold by CandyLand for $4,500 at the 2019 Fasig-Tipton Midlantic December Mixed sale, Fire of Freedom hasn’t had a live foal reported since.