Joe fights for victory in the Maryland Juvenile Championship

The Elkstone Group’s homebred Joe may have an average name, but proved his above average talent with a standout performance in the $100,000 Maryland Juvenile Championship, for Maryland-bred/Maryland-sired 2-year-olds, as he won by one and a half lengths over Alottahope on Saturday, Dec. 18 at Laurel Park. 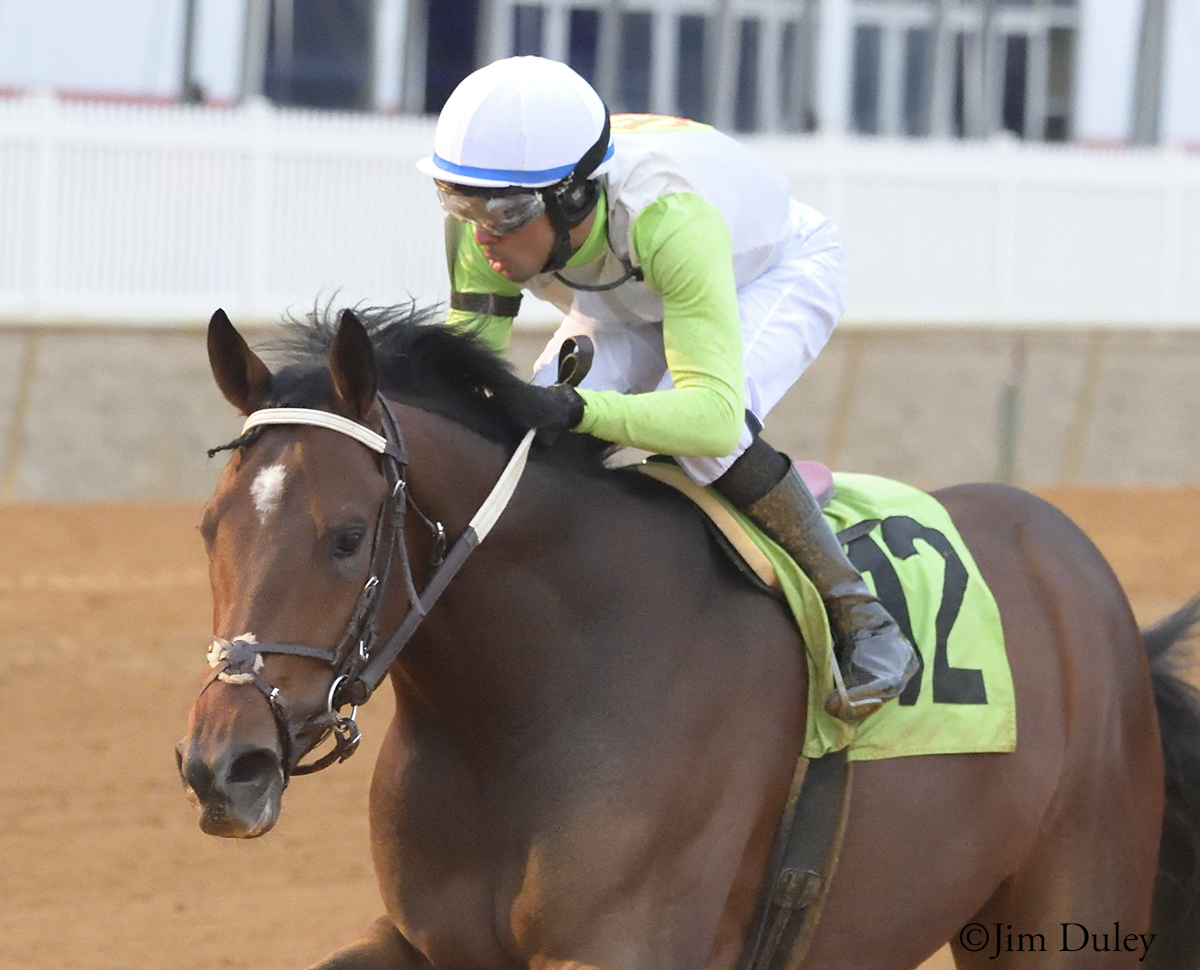 The Declaration of War colt, making his stakes debut in his third career start, and jockey Victor Carrasco found their place on the far outside near the back of the 12-horse field as Royal Spy dueled with favorite Local Motive through an opening quarter-mile in :23.02. Joe worked his way up, after a half-mile in :47.26, and turned for home making his run down the center of the track.

Mr. Mox had gained the lead at the top of the stretch, but was no match for Joe, who drew off and held a clear lead to the wire. Second choice Alottahope, who had to alter his path down the stretch, rallied to finish second, three-quarters of a length ahead of Coastal Mission, who nosed out Mr. Mox for third. Final time for the seven furlongs in 1:25.63.

“After I turned for home and got him in the clear I started getting after him and he moved on,” Carrasco said.

Joe finished fifth in his debut in October, going five and a half furlongs on the turf, before returning a month later to break his maiden by three and a half lengths on the main track. The 2-year-old Mike Trombetta trainee finished the mile-long maiden special weight in 1:36.67.

“We knew he was a really talented horse,” Carrasco said. “The first time Mike decided to run him on the turf because he was bred for the turf. He’s showed – he’s two for two on the dirt – he’s pretty good.”

Joe is the fourth foal out of Battle Bridge, a winning daughter of Arch who has produced three winners from four starters including 2021 graded stakes-placed Irony of Reality (Animal Kingdom), third in Gulfstream Park’s La Prevoyante Stakes-G3 on the turf in January. Elkstone sold Battle Bridge, in foal to War of Will, for $26,000 at this year’s Keeneland November Breeding Stock sale. She hasn’t had a live foal since Joe.