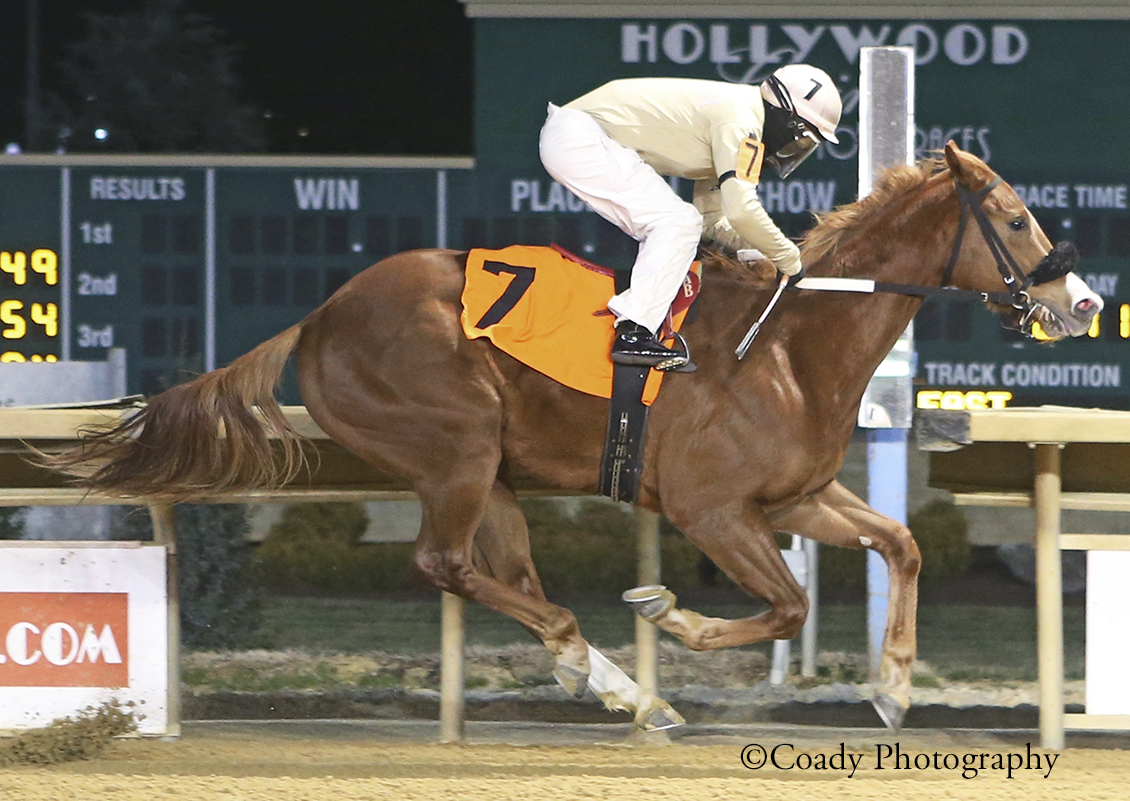 A Robert L. Cole Jr. homebred trained by Irving Velez, the West Virginia-bred chestnut gelding broke sharply in the seven-horse field, set the pace and widened his margin in the stretch, strolling home a seven-length winner in a final time of :52.81 for the four and a half furlongs.

Out of the Stravinsky mare Life Happened, whose third dam was 1996 Maryland Broodmare of the Year Turn Capp, Alliance is from the family of Maryland-bred champions and successful sires Smoke Glacken and Disco Rico, as well as multiple graded winners Miss Slewpy, Smokey Glacken and Crown of Thorns.

Life Happened, a half-sister to Disco Rico, has produced 10 named foals, led by $4,437,918-earner Tepin. The Eclipse Award-winning grass mare of 2015 and 2016 won 11 graded stakes during her four-year career, her six Grade 1 wins topped by the 2015 Breeders’ Cup Mile, and international scores in the Woodbine Mile and Queen Anne Stakes in 2016.

Vyjack is by Harlan’s Holiday’s son, three-time leading sire Into Mischief. In six years of competition, Vyjack has earned $1,427,600 with four graded stakes wins and seven graded stakes placings. He recorded Grade 2 wins in the Jerome at 3, Kelso at 4 and City of Hope Mile at 6, the latter in a course record 1:31.69 at Santa Anita.

Alliance stands at Bonita Farm in Darlington for $3,000, payable when the foal stands and nurses.