Three Diamonds Farm’s Kiss the Girl returned to her stakes-winning ways in the $75,000 Geisha Stakes, for Maryland-bred/Maryland-sired fillies and mares, 4 & up, as she kicked away from Artful Splatter down the stretch to hit the wire four and a half lengths in front at Laurel Park on Saturday, Jan. 29. 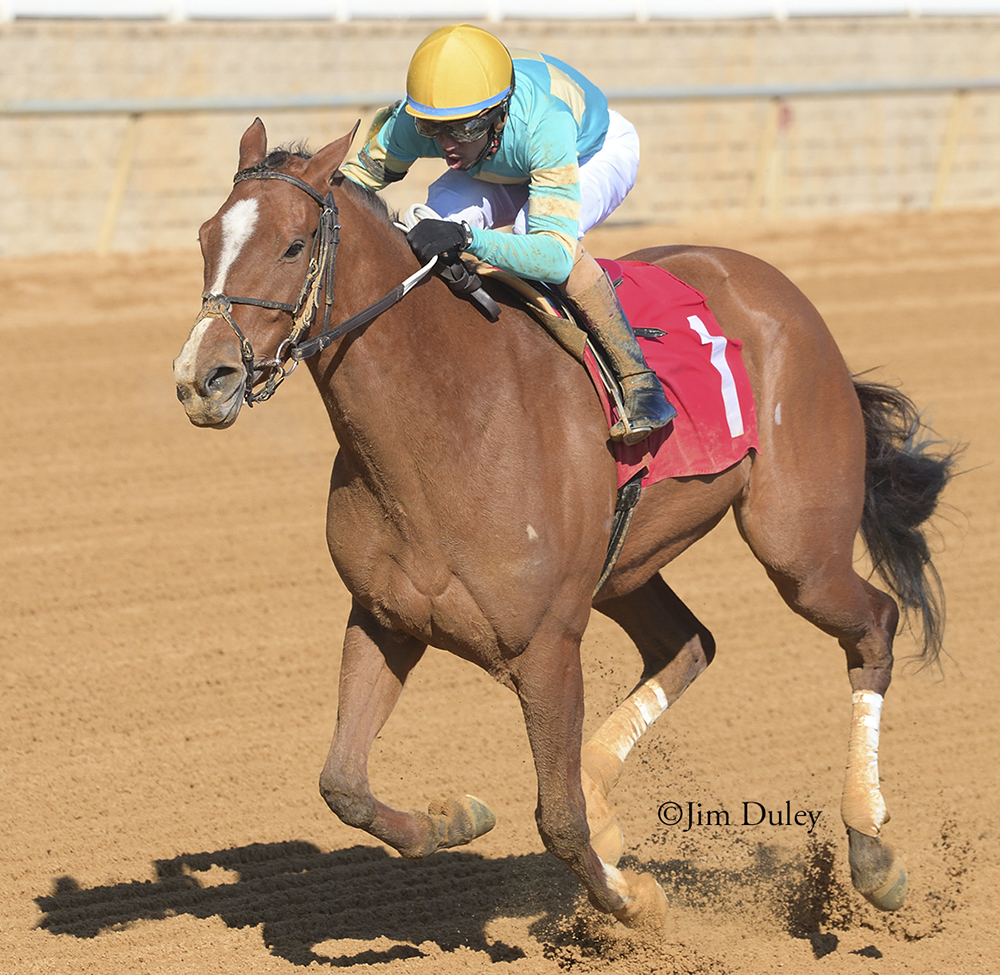 Returning to her home state just two weeks after a trip to New York, the even-money favorite found herself mid-pack behind Double Fireball and Artful Splatter as early leader Paisley Singing went the opening quarter-mile in :24.59 and half in :48.99. Artful Splatter bore down on Paisley Singing as they turned for home, while Kiss the Girl, guided by Victor Carrasco, swept up the rail past Double Fireball, caught Artful Splatter and forged her way down the center of the track to cross the wire in 1:40.69 for the mile.

It was the 5-year-old Mike Trombetta trainee’s first victory in three consecutive stakes starts, following thirds behind Miss Leslie and Artful Splatter in the Carousel Stakes at Laurel in December and behind Battle Bling and Miss Leslie in the Ladies at Aqueduct Jan. 16, beaten less than a length going a mile and an eighth.

Starting as a 2-year-old under trainer Todd Pletcher, the daughter of Into Mischief broke her maiden first out at Belmont Park in June 2019, winning by four and a half lengths, then headed to Saratoga to make her stakes debut in the Schuylerville Stakes-G3. Kiss the Girl threatened Comical down the stretch before begrudgingly finishing second, by a neck. Those were her only juvenile outings.

Switched to trainer Steve Asmussen’s barn for her 3-year-old season, which consisted of eight starts in 2020, Kiss the Girl managed to pick up two allowance wins, going six furlongs at Oaklawn Park (February) and later seven furlongs at Laurel Park (November). In her two stakes starts, she finished seventh in the Purple Martin and eighth in the Christiana, her first start on the turf and second stretching out to one and one-sixteenth miles.

Kiss the Girl returned last year with Trombetta, making her first two starts in stakes company as she finished second in the Geisha in January before powering away in the Conniver Stakes in March, winning by three-quarters of a length over Lookin Dynamic in a final time of 1:23.21 for seven furlongs. After a sixth-place finish in an allowance at Pimlico in May, Kiss the Girl returned to the turf in the Peach Blossom Stakes at Delaware July 7, where she finished fourth, before notching a second in a one-mile turf allowance at Pimlico later that month.

In August, she secured her first turf stakes victory in the All Brandy at Pimlico as she reeled in apparent winner Awesome Jazz in deep stretch to score by a neck. Racing at Laurel, Kiss the Girl made two more allowance starts on the turf, finishing second and fifth, respectively, before notching a four and three-quarters-length victory in a mile and an eighth allowance originally scheduled for the turf in early November.

Bred by Classic Thoroughbred XII, she was consigned to the 2018 Fasig-Tipton Midlantic Eastern Fall yearling sale and purchased for $210,000 by Three Diamonds. Kiss the Girl is the first foal produced by her dam Spin the Bottle, a daughter of Hard Spun who also has a Maryland-bred 2-year-old filly by Malibu Moon, sold for $95,000 as a yearling at last year’s Fasig-Tipton Midlantic fall sale, and a yearling filly by Classic Empire. She was bred back to Improbable for 2022.