Deborah Greene and Hamilton Smith’s Luna Belle certainly started her sophomore season off on the right foot as she went into the $100,000 Xtra Heat Stakes for 3-year-old fillies as the favorite and delivered by six lengths on Saturday, Jan. 29 at Laurel Park. 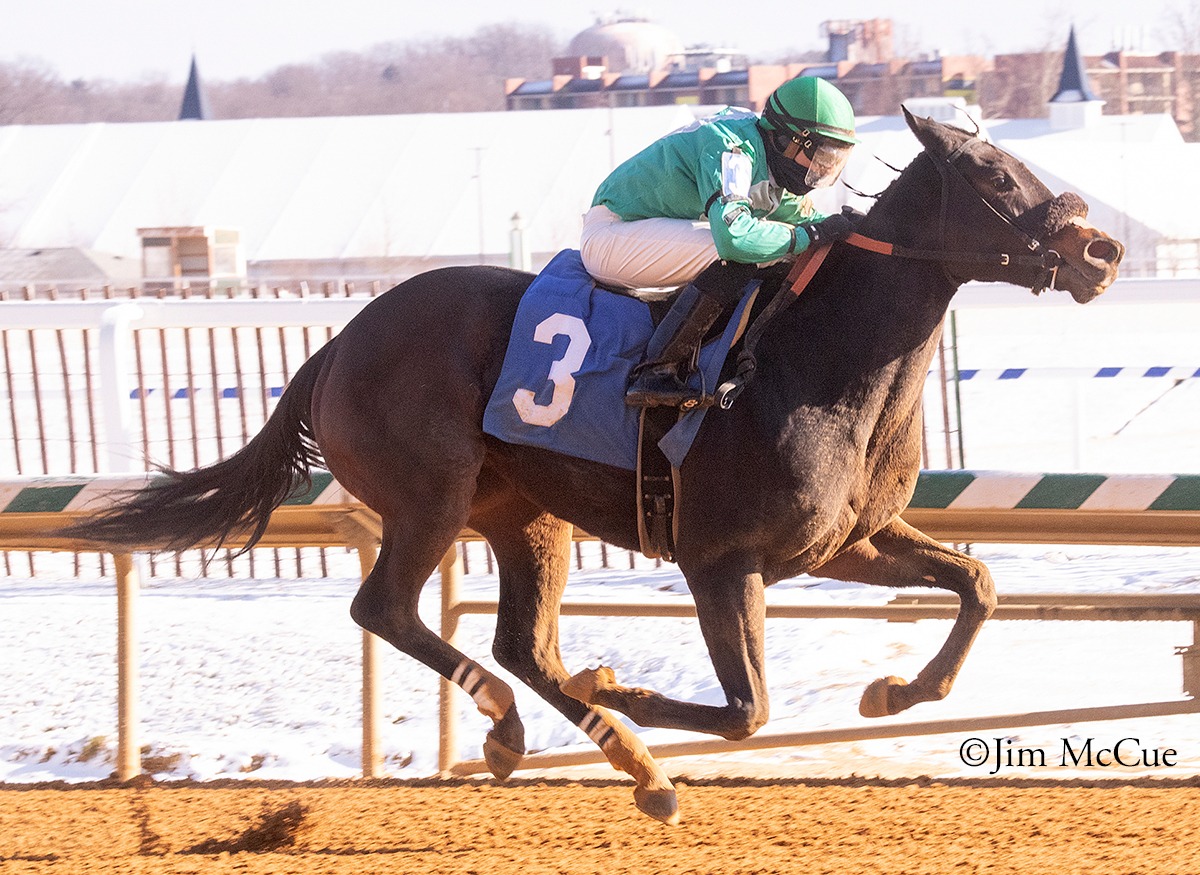 Breaking from the third post in a field of six, Luna Belle was near the back of the pack as early leader Beneath the Stars blew past Buff My Boots to hit the opening quarter-mile mark in :22.79. Luna Belle made her move up the outside as they rounded the far turn, catching and passing Sparkle Sprinkle and Determined Truth before closing in on Buff My Boots as they turned for home. Once jockey Denis Araujo straightened her down the stretch, Luna Belle kicked it up a notch to finish well ahead of Buff My Boots, with Beneath the Stars third, in a final time of 1:12.03 for the six furlongs.

It was the Great Notion filly’s second straight stakes win, following her two and three-quarters lengths victory over odds-on favorite Jester Calls Nojoy in the Maryland Juvenile Filly Championship in December at seven furlongs. She had finished fourth in her stakes debut, the Maryland Million Lassie Stakes in October, and less than a month later was runner-up to Buy the Best in the six-furlong Smart Halo Stakes.

Smith’s trainee improved her overall record to 3-1-2 from eight career starts, with $186,570 earned.

Luna Belle made her first three starts at Colonial Downs, finishing seventh of 14 in her debut last July before picking up a third in early August. She broke her maiden in her third start, winning by six lengths as she finished the six-furlong maiden special weight in 1:09.89.

Taking on allowance company in her final prep before her stakes debut in the Lassie, Luna Belle finished third to Sparkle Sprinkle and Sweet Gracie at Laurel in September.

Bred by the late Fred Greene Jr., his daughter Deborah and Smith, Luna Belle is the fourth winner of five starters for her dam Heavenly Moon, Fred Greene’s homebred daughter of Mojave Moon who has produced seven foals. Luna Belle is her dam’s first stakes winner and a half-sister to stakes-placed Moon Virginia (Jump Start), The Poser (Bandbox) and Chinquapin (Orientate).