Maryland-bred Knicks Go, a three-time Grade 1 winner as a 5-year-old in 2021, was voted the 2021 Horse of the Year and Champion Older Dirt Male Thursday, Feb. 10, at the 51st Eclipse Awards ceremony at Santa Anita Park in Arcadia, Calif. 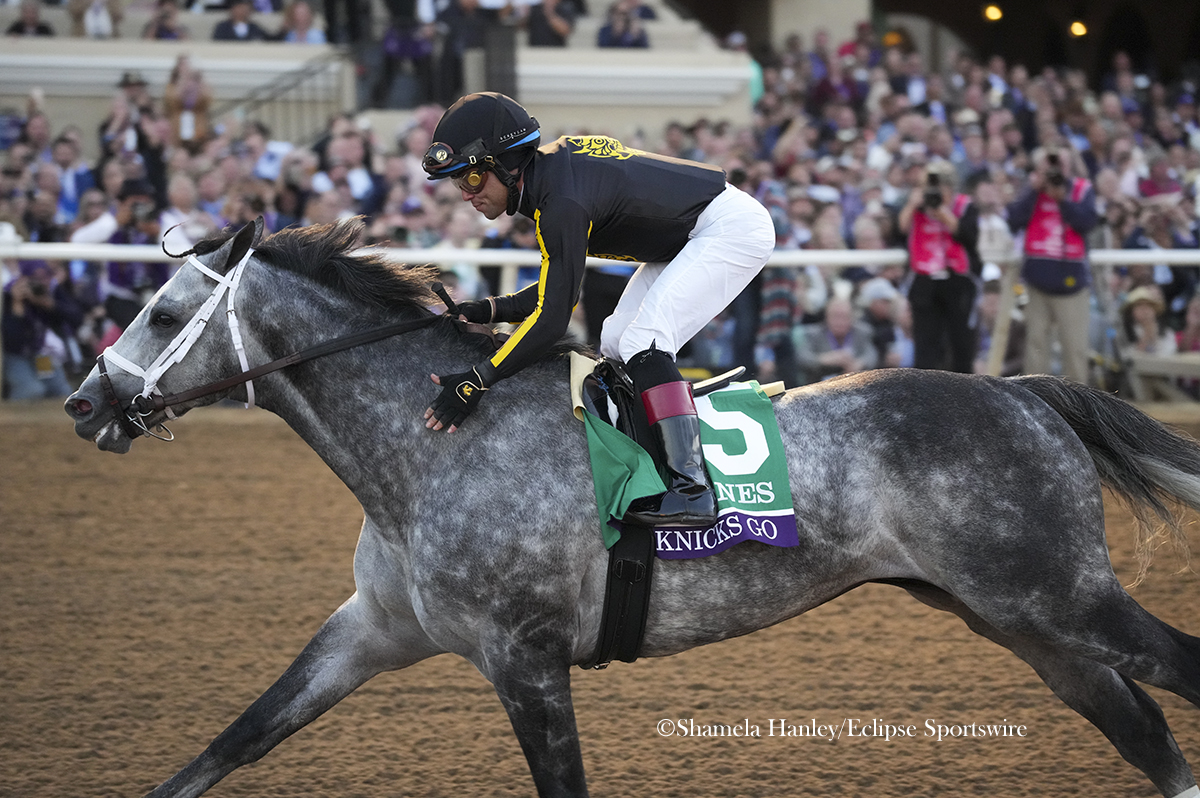 Owned by Korea Racing Authority and trained by Brad Cox, Knicks Go received 228 votes out of a possible 235 first-place votes for Horse of the Year and was also honored as the Champion Older Dirt Male, receiving 232 votes. But the recognition for Knicks Go’s team didn’t end there, as Cox was voted Trainer of the Year and regular rider Joel Rosario was voted Jockey of the Year.

Eclipse Thoroughbred Partners’ Aloha West, winner of the Breeders’ Cup Sprint-G1 last year as a 4-year-old, was an Eclipse Award finalist for the Male Sprinter category. Bred by Katharine M. Voss and the late Robert T. Manfuso, he is a son of Hard Spun out of their Speightstown mare Island Bound.

Knicks Go made his final start this January, where he attempted a repeat of his Pegasus victory but finished second to Life is Good, before heading off to Taylor Made Farm in Nicholasville, Ky., to begin his first season at stud. He retired with a record of 10-4-1 from 25 career starts, with $9,258,135 in earnings.

Bred by Sabrina and Angie Moore and foaled at their GreenMount Farm in Glyndon, Md., Knicks Go is the fourth foal out of the Maryland-bred Outflanker mare Kosmo’s Buddy. Sold for $40,000 as a weanling at the 2016 Keeneland November sale, he was purchased by the Korea Racing Authority for $87,000 as a yearling at the 2017 Keeneland September sale.

The last Maryland-bred to receive an Eclipse Award was Harold A. Via, Jr.’s Good Night Shirt, a son of Concern bred by Dr. and Mrs. Thomas Bowman, who was voted Champion Steeplechaser in 2007-’08.