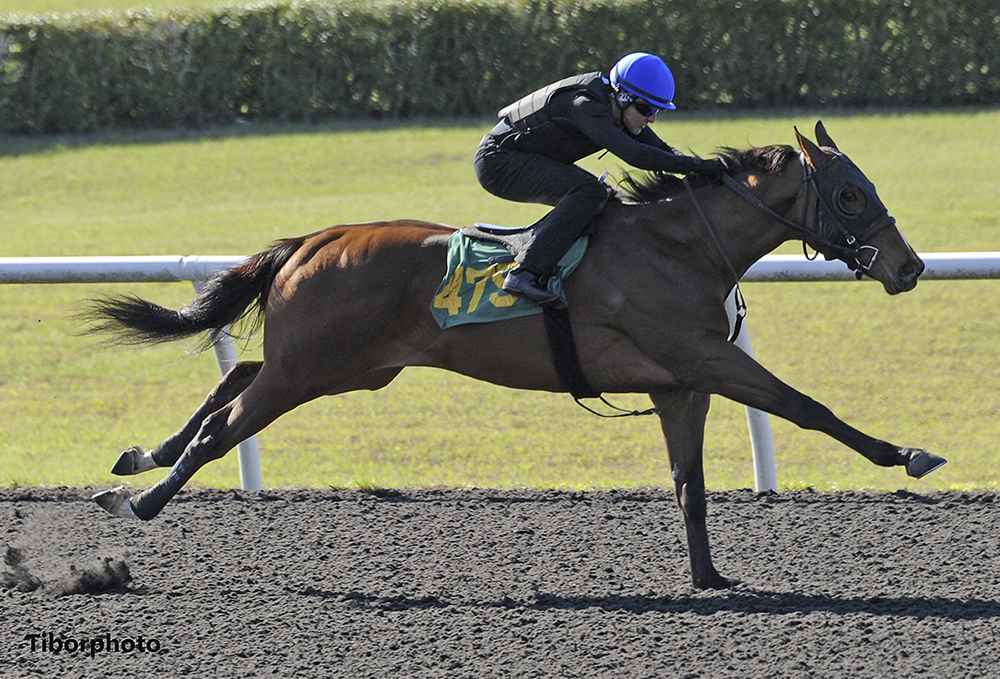 Hip 475, a bay colt by Twirling Candy, sold for $300,000 to Deuce Greathouse, agent for Robert Masterson. Consigned by Kirkwood Stables, Agent IV, he breezed an eighth in :10.20. Bred by James A. Hibbert, the colt sold as a yearling for $52,000 at the 2021 Fasig-Tipton Midlantic Fall sale last October. He is the only foal for the stakes-winning Kitalpha mare Gypsy Judy.