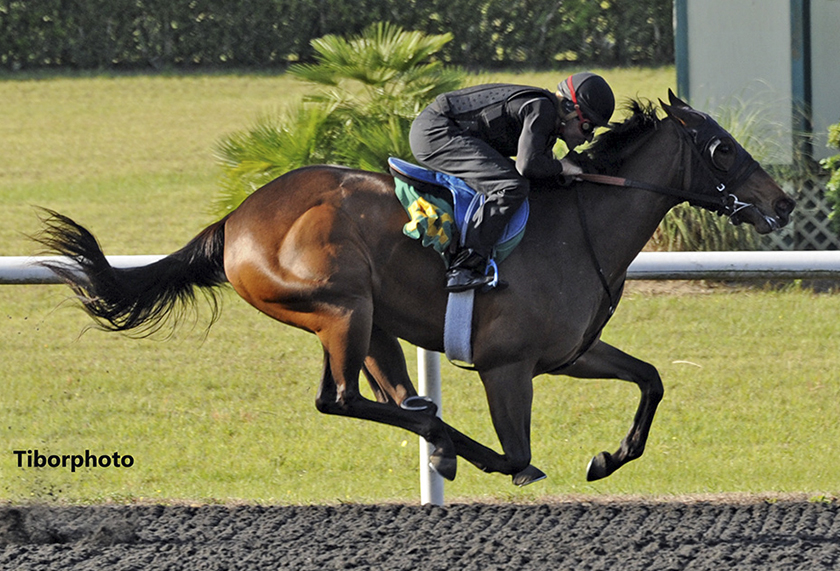 A bay filly by Cloud Computing out of the Can the Man mare Imagine a Star (Hip 552) sold for $195,000 to Commonwealth New Era Racing. Consigned by Best A Luck Farm LLC, she breezed an eighth in :10 flat.

From the family of champion North Sider and Grade 1 sire Storm Creek and the first foal for her dam, the filly was bred by Flying H Stables LLC and foaled at GreenMount Farm in Glyndon. She sold as a short yearling for $20,000 at the 2021 Keeneland January Horses of All Ages sale and later in October for $50,000 at the Fasig-Tipton Midlantic Fall sale.

Hip 697, a dark bay/brown son of American Freedom, was purchased for $130,000 by Brooke Hubbard, agent out of the Silvestre Chavez Thoroughbreds, agent XXIII, consignment. He breezed an eighth in :10 1/5.

A May foal bred by Diane Krasznay and born at Royal Wux Farm in Chestertown, the colt named Mothersdaysurprise is from the family of Breeders’ Cup Classic-G1 winner Skywalker. He is the third of four foals out of the Proud Citizen mare Lovely Marissa; her 3-year-old colt Don’t Wait Up, by Upstart, sold for $200,000 at last year’s OBS April sale and is now a winner.

A half-sister to stakes-placed Bodyguard Hero (Lonhro-Aus), the filly is one of 10 foals out of the stakes-winning Boundary mare Your Flame in Me, who has six winners from seven starters. Her fourth dam is Maryland Broodmare of the Year Turn Capp; found in the family are two-time champion Tepin, champion sprinter and successful sire Smoke Glacken, and millionaire Vyjack.