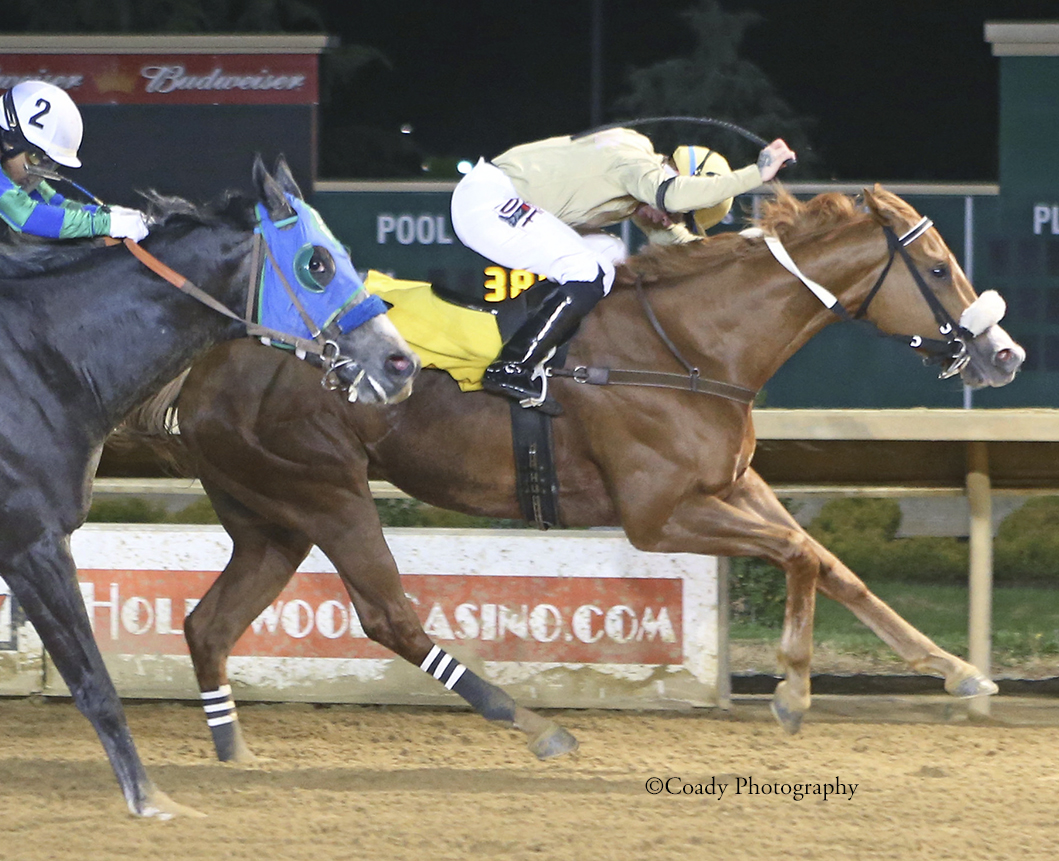 A Robert L. Cole Jr. homebred trained by Irving Velez, Math Man Marco broke sharply in the five-horse field, set the pace and outran a strong challenge from 1-5 favoritr Coastal Mission in deep stretch to roll home a three-quarters of a length winner. Final time for the four and a half furlongs was :51.52.

Math Man Marco is the second foal and first winner for the winning Eurosilver mare Euro Indian Girl. The first winner for his sire earlier this year, the chestnut gelding holds an overall record of three wins and a third from five career starts, with $89,306 in earnings.

Out of the Stravinsky mare Life Happened, whose third dam was 1996 Maryland Broodmare of the Year Turn Capp, Alliance is from the family of Maryland-bred champions and successful sires Smoke Glacken and Disco Rico, as well as multiple graded winners Miss Slewpy, Smokey Glacken and Crown of Thorns.

Life Happened, a half-sister to Disco Rico, has produced 10 named foals, led by $4,437,918-earner Tepin. The Eclipse Award-winning grass mare of 2015 and 2016 won 11 graded stakes during her four-year career, her six Grade 1 wins topped by the 2015 Breeders’ Cup Mile, and international scores in the Woodbine Mile and Queen Anne Stakes in 2016.

Vyjack is by Harlan’s Holiday’s son, three-time leading sire Into Mischief. In six years of competition, Vyjack earned $1,427,600 with four graded stakes wins and seven graded stakes-placings. He recorded Grade 2 wins in the Jerome at 3, Kelso at 4 and City of Hope Mile at 6, the latter in a course record 1:31.69 at Santa Anita.

Alliance stands at Bonita Farm in Darlington for $3,000, payable when the foal stands and nurses.