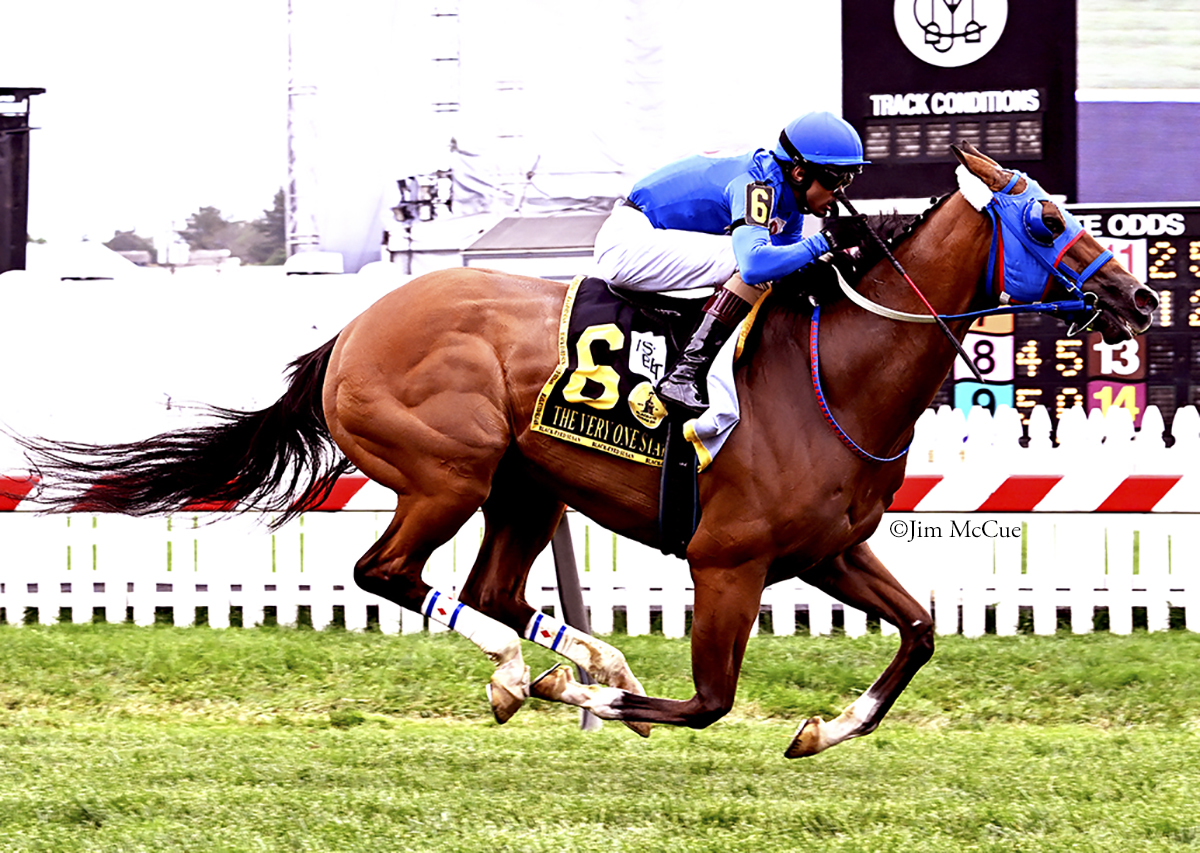 Making her second start of the season, 6-year-old Can the Queen broke from the six post and was piloted straight to the lead by jockey Victor Carrasco. She recorded an opening quarter-mile in :22.11, with longshot Whispurring Kitten and Payntdembluesaway in pursuit on the outside, and turned into the stretch with a clear lead. Favorite Honey Pants attempted to run her down as they approached the wire, but to no avail as Can the Queen finished one and a half lengths ahead, with Whispurring Kitten a length back in third. Final time over the firm turf was :57.09.

The daughter of Can the Man used the King T. Leatherbury Stakes in April as a prep race, where she faced off against the boys going five and a half furlongs on the turf and finished fourth in the field of 10.

“She has been training really well. We’ve been patient with her. She’s like a baby to us. I ran her against the boys last time and she ran a huge race. My jockey said, ‘The next time, we can’t lose against the fillies. Let’s try it,’” said trainer Rudy Sanchez-Salomon.

In the stakes named for millionaire turf mare The Very One, Can the Queen redeemed herself from the previous year where she was sent off at nearly 60-1 and finished seventh in the field of 12, just three and a half lengths back from the winner Caravel.

Rising up the ranks from claimer to multiple stakes winner, she has improved her overall record to six wins and a third from 16 career starts, with $243,853 earned.

Unraced at 2, Can the Queen didn’t make her first start until September of her 3-year-old season when winning for a $16,000 tag at Laurel going five and a half furlongs on the turf, her only win in three starts that year.

She returned in late May 2020 and won her 4-year-old debut, a waiver claimer, by three and a quarter lengths in a field of 10. She hit the board in a starter race that July, and picked up her first allowance win in September at Pimlico by an impressive seven lengths going five furlongs on the dirt, originally scheduled for the turf, as she hit the wire in :57.46.

Last year began with four Pimlico appearances: her stakes debut in the The Very One, fourth-place finishes in allowance company and the Jameela Stakes, and a victorious run in the Sensible Lady Turf Dash Stakes, scoring by one and three-quarters lengths. She ended her 5-year-old season with back-to-back allowance starts at Laurel in September and October – she finished last of seven after posting an opening quarter in :21.95, and won the next by three-quarters of a length.

Bred by Carol Ann Kaye, Can the Queen is the last of four foals for her dam Queenterra, a daughter of Empire Maker. All are winners.