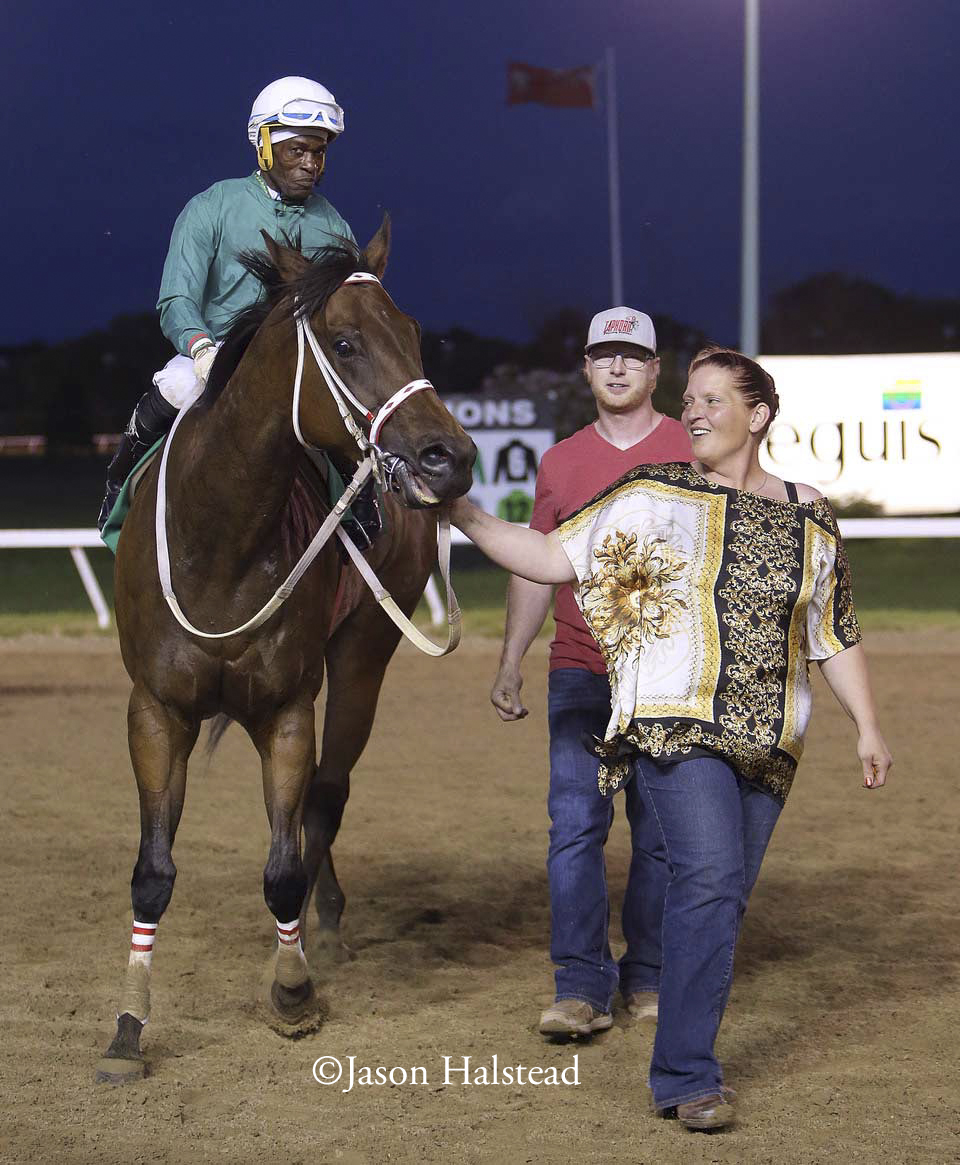 Just three weeks since her dominating victory in the Ruby’s Big Band Stakes ($20,000-added Canadian), Halfinthewrapper started out in similar fashion, taking straight to the front of the eight-horse field and leading through an opening quarter-mile in :22.80 and a half in :45 flat. Hidden Grace picked up the pace down the stretch, as Spun Line struck out a massive run, both attempting to run down the leader to no avail as Halfinthewrapper crossed the finish line in 1:11.20 for six furlongs.

Finishing second in her debut at Timonium as a 2-year-old in August 2019, Halfinthewrapper broke her maiden next time out at Laurel Park in October over 10 rivals, drawing away to score by seven lengths at five and a half furlongs. That effort sent her to the Maryland Million Lassie Stakes, where she finished fourth behind Hello Beautiful.

It wasn’t until the following September, as a 3-year-old, that she’d win again, in her debut trip at Pimlico, and exited the race for new connections when claimed for $10,000. Two starts later she was claimed again, this time for $16,000 at Laurel Park. Over the course of five months in 2020 she changed hands four times, all claims in Maryland, and made her final start in her home state in January 2021 at Laurel where she finished second, by a neck to Paisley Singing, in a five and a half-furlong starter race for Kieron Magee.

Four and a half months later she was racing in Canada.

Last year from May through December, Halfinthewrapper made 10 starts on the Canadian racing circuit, six at Assiniboia (including a sixth in the La Verendrye) and four at Woodbine, and recorded her sole win in an Assiniboia allowance in July.

Halfinthewrapper made her first start in six months in the Ruby’s Big Band on June 1, in which she motored to the front, flew through the first quarter in :21.60 and the half in :44.40 while leading by as many as nine lengths, and cruised home four and three-quarters lengths in front to stop the clock in :57.60 for five furlongs.

Bred by Dr. Morgan Dove and Karin Wurttemberger, Halfinthewrapper is one of two winning starters out of Bear Slayer, a daughter of Two Punch. Her second dam is the stakes-placed Stormy Atlantic mare Big Cat Walks. Of Bear Slayer’s three foals since Halfinthewrapper (fillies by Golden Lad and Great Notion, and a yearling colt by Uncle Lino), none have been named.