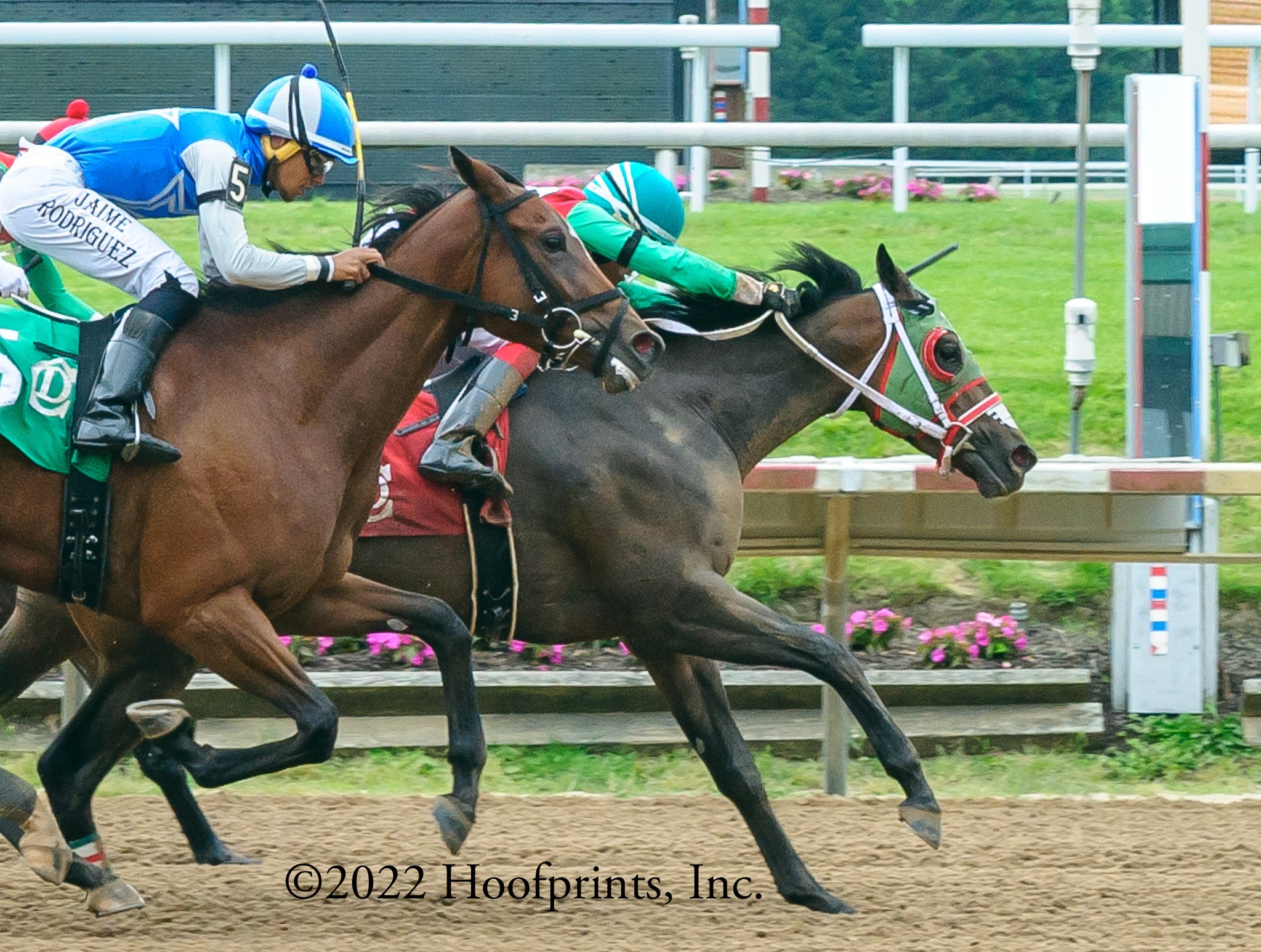 Trained by Jerry Robb, Mama G’s Wish made 10 starts at 2. The daughter of Outflanker finished third in her debut that May at Pimlico and later finished second in Delaware Park’s Blue Hen Stakes, her stakes debut where she missed by a nose to Cashing Big Checks, and followed with a third in the Small Wonder Stakes in August. She didn’t break her maiden until her 10th start, which she won by two lengths going five and a half furlongs at Laurel Park in November.

That kicked off a four-race win streak, continuing into 2022 with three at the claiming level, going seven furlongs, six furlongs and five and a half furlongs between January and February at Laurel. In her first attempt at stretching out to a mile in the Beyond The Wire Stakes at Laurel in March, she finished sixth, and followed with back-to-back runner-up finishes for a tag in April and May.

A month prior to the Lewes, Mama G’s Wish picked up a two and a half-length win in an optional claimer at Delaware Park while risked for $50,000. Her final time of 1:10.81 was nearly a second faster than her stakes win.

The filly has improved her overall record to six wins, four seconds and five thirds from 18 career starts, while earning $240,217.

Out of the Great Notion mare Gracie’s Hero – also owned and trained by Robb – Mama G’s Wish is her dam’s first stakes winner from four foals of racing age. All have raced, two others winning, including current 2-year-old Cocktail Dreaming, a daughter of Bourbon Courage who recorded her first win at Laurel on June 19.