Whereshetoldmetogo is right on schedule as he defended his title in the $100,000 Alapocas Run Stakes at Delaware Park on July 2, drawing away to win by two and three-quarter lengths. Final time for the six furlongs was 1:09.61.
The Brittany Russell trainee remains undefeated in three starts this year, having taken the Not For Love Stakes in his 7-year-old debut in March followed by a daylight victory in allowance company at Laurel in late April. That’s one win better than the same time last year when the big-bodied chestnut won the Not For Love, was off the board in a Pimlico stakes in which he clipped heels and was eased, then returned to take the Alapocas Run. He would make eight starts in 2021, all in stakes company, and win four.
Proving he has not lost a step, Whereshetoldmetogo stalked the pace in this year’s Alapocas Run under Jevian Toledo, began to make his move heading into the far turn and was vying for the lead as he straightened out for his stretch drive. He powered away to win in a time more than a second faster than the 2021 running. 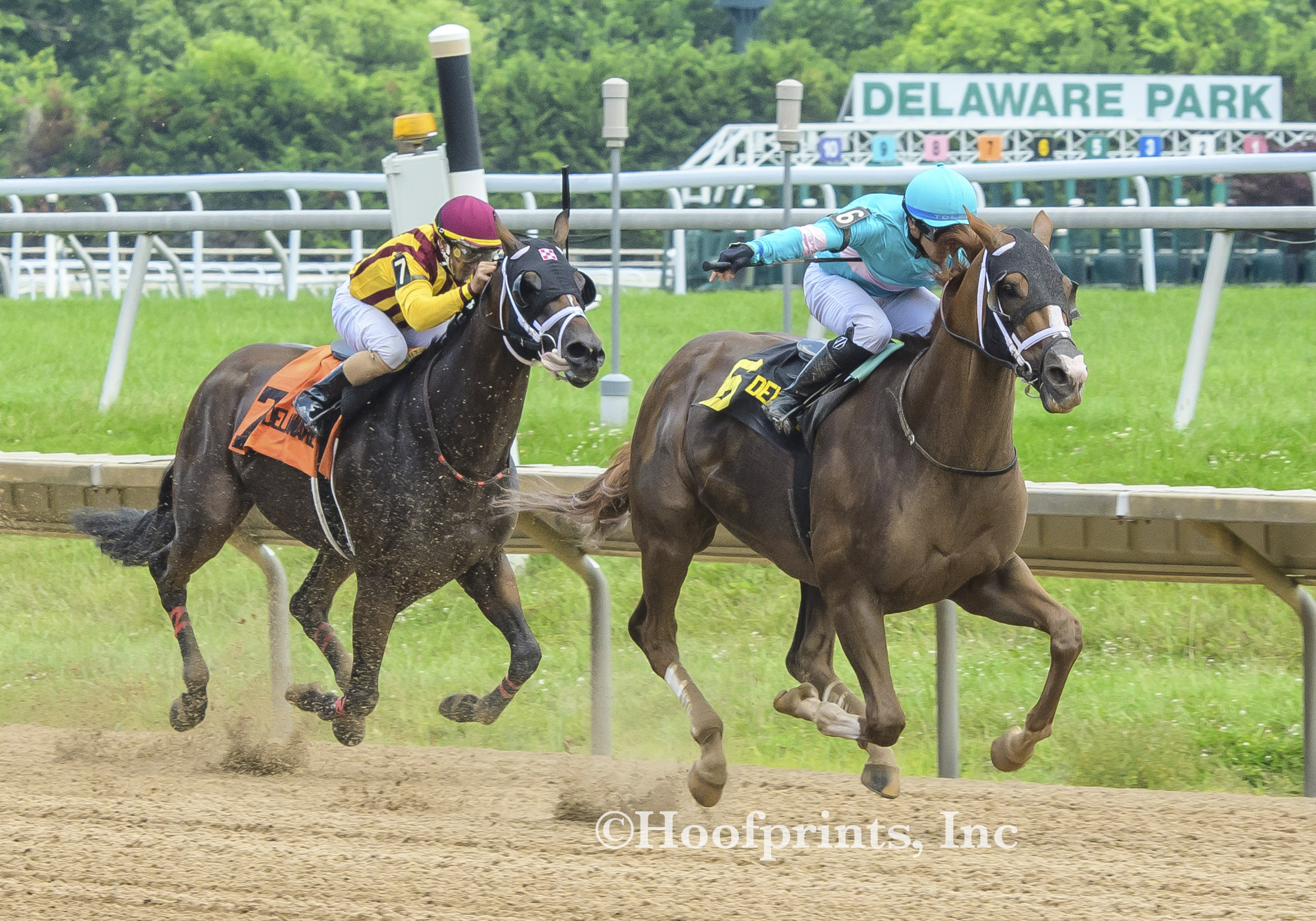 The latest victory for the gelding owned by Madaket Stables LLC, Ten Strike Racing, Michael E. Kisber and BTR Racing Inc. was the 16th of his career, and 12th in a stakes, from 35 starts, and pushed his earnings to $895,295.
Whereshetoldmetogo is near perfect when running at Delaware Park. He has crossed the line first in seven of his eight Delaware Park starts, but was to disqualified to second in the 2020 New Castle, a race he returned to win officially in 2021. His only other loss was a second, by a neck, in a optional claimer at 2.
Bred by David Wade, Whereshetoldmetogo is one of seven winners from eight starters for Domestic Dispute’s winning daughter Undisputed Legend, also the dam of stakes-placed Castlewood Terrace. The mare has a yearling colt by Mendelssohn and delivered a filly by Vekoma this year.