Racing in the name of trainer Gary Capuano’s Non Stop Stable, 6-year-old Tappin Cat recorded his first win since last September’s DTHA Governors Day Handicap in the off-the-turf $50,000 Sussex Stakes on July 7 at Delaware Park. The win came one day after the Capuano-trained and co-bred/co-owned Malibu Beauty scored in the Peach Blossom Stakes. 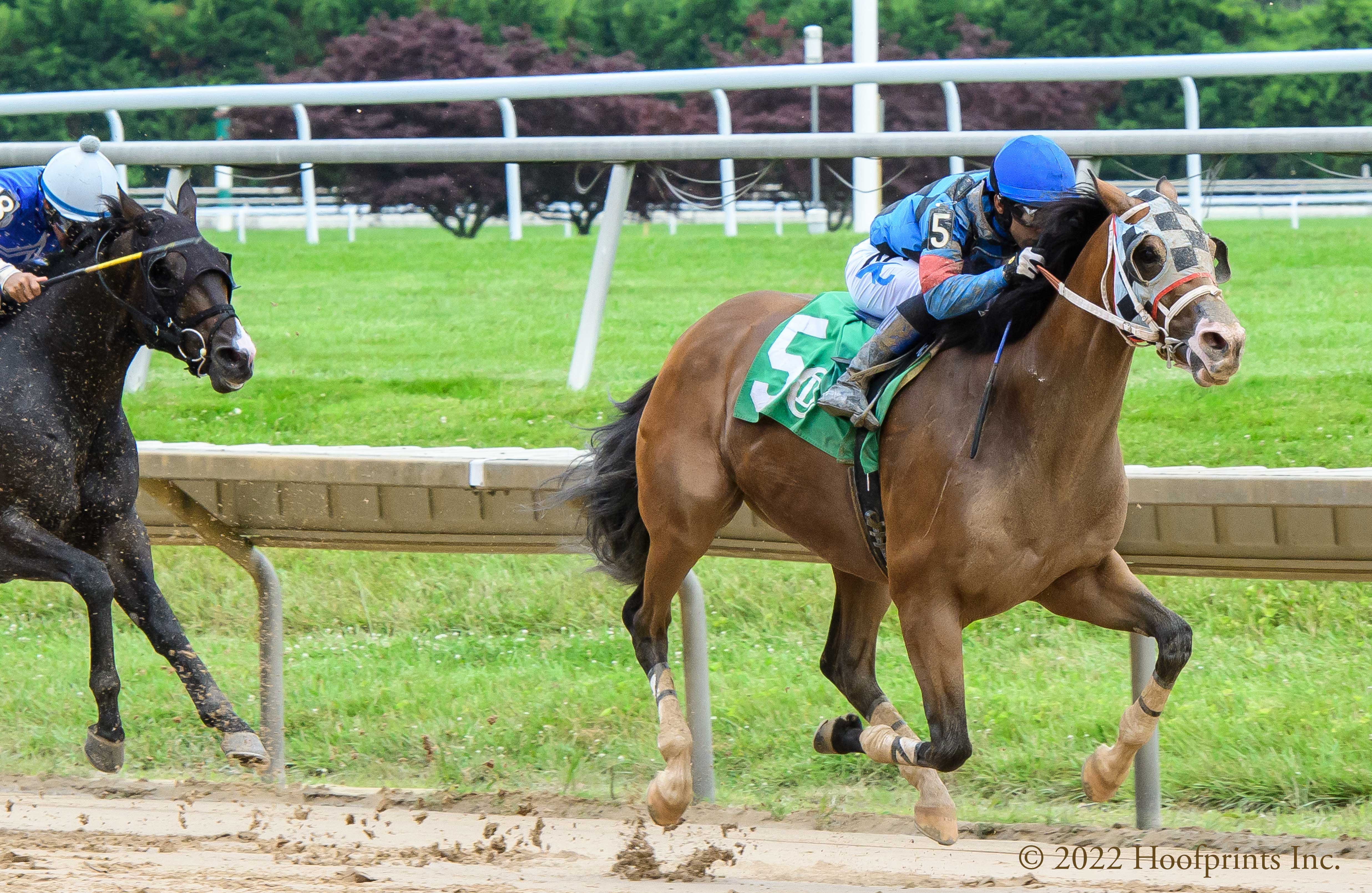 Capuano has made many longstanding connections in the business, including that with Paul “Larry” Fowler Jr., who has had success with the trainer since claiming future stakes winner Jest Punching as a 2-year-old in December 1992. Fowler bred Tappin Cat out of the unraced Elusory, a daughter of Broken Vow whom Capuano purchased as a yearling for $7,000 in 2012. Tappin Cat, Elusory’s second foal, is the mare’s richest runner with earnings of $465,249.
Tappin Cat won as a 2-year-old for Fowler, who then transferred ownership in the bay gelding to his trainer. Since his 3-year-old debut in May 2019, a win in a Delaware Park allowance, Tappin Cat has raced for Capuano. The son of the late Maryland stallion Tritap has started a total of 32 times, has nine wins and 13 placings, and was stakes-placed twice in 2019 – second in the Star de Naskra and third in the Maryland Million Classic.
After winning two allowances and the 2021 DTHA Governors Day Handicap over a six-week period in 2021, Tappin Cat went off the 3-5 favorite in the Maryland Million Classic in October and was second, missing by a neck. After an off-the board finish in the Richard W. Small Stakes at Laurel in November, he didn’t race for nearly six months, returning in a Delaware Park allowance on May 25.
Tappin Cat pressed the pace in allowance starts in May and June before giving way and finishing unplaced. Sent off the slight 6-5 favorite in the field of five for the Sussex, he tracked the early leaders off modest fractions of :24.02, :47.66 and 1:12.68 through the opening six furlongs, made a three-wide move to gain control down the stretch, and drew off to win by two and a quarter lengths, stopping the clock for the one mile in 1:39.84.
Fowler no longer owns Elusory, having given her to Louis Merryman when scaling back his breeding operation. After producing foals the first two years she was bred, the mare missed to Bourbon Courage for 2017. Her next foal, a son of Mineshaft bred by Merryman’s wife, Grace, is 2021 Robert Hilton Memorial Stakes winner Exculpatory, who has four wins and earnings of $205,802 in nine starts.
Elusory was bred to Holy Boss, Long River and Bourbon Courage, all standing at the Merrymans’ Anchor & Hope Farm in Port Deposit, in the years after foaling Exculpatory, but didn’t produce a live foal until this year, when she delivered a colt by Holy Boss in February.