Heading into the Texas Turf Classic Stakes at Lone Star Park on Saturday, July 16, Field Pass’s career earnings stood at $965,468. He needed a top-two finish to pass the $1 million mark. He got that and then some, winning the $300,000 event via disqualification.

Off back-to-back third-place finishes in stakes company, including Churchill Downs’ Arlington Stakes-G3 in June in a three-horse photo, Field Pass was the 4-5 favorite in the six-horse field. He enjoyed a great trip off the pace on the inside, tracking early leaders Megacity and Perfect Star. As they turned for home, Javier Castellano, who came to Lone Star exclusively to ride Field Pass, angled his mount off the rail to take a shot at the lead. Things got tight in the stretch – Castellano had to steady and Field Pass lost momentum but came on again as his stablemate Megacity proved tenacious. In the final strides, Field Pass surged, but Megacity crossed the wire a neck in front. Final time for the mile and an eighth on the turf was 1:47.61. 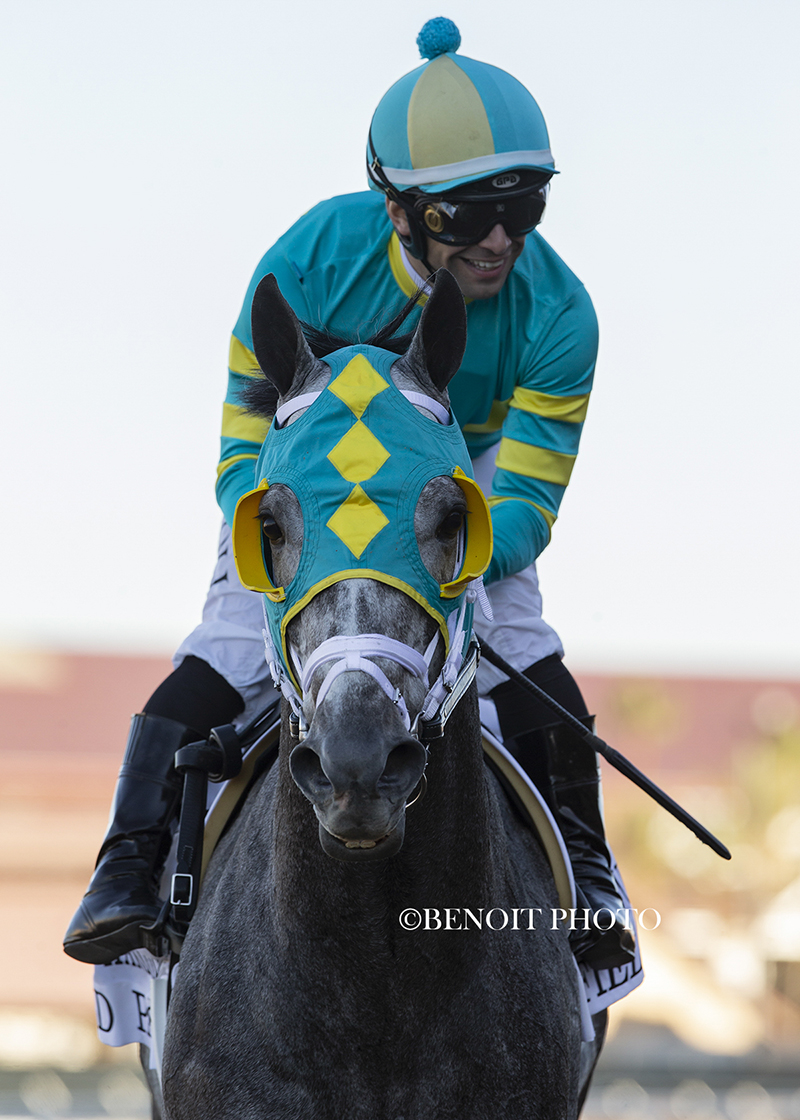 Not long after the race ended, the stewards posted the “inquiry” sign. After examining the video, they determined that Megacity drifted out late and caused interference to Field Pass. As a result, Megacity was disqualified, and Field Pass took home the $177,228 winner’s share of the purse for owner Three Diamonds Farm.

Trained by Mike Maker, Field Pass has now won nine races, eight stakes, and has earnings of $1,142,896. The Texas Turf Classic marked his first stakes win since last November, when he won the Seabiscuit Handicap-G2 at Del Mar by a head. He’s a two-time Maryland-bred champion: top 3-year-old male in 2020 and turf champion last year. From 27 starts, 24 have been on the grass, with all but $172,273 earned over the surface.

The 5-year-old gray or roan son Lemon Drop Kid bred by Mark Brown Grier is one of two named foals out of the Runaway Groom mare Only Me. Her other is the year-older You Must Chill, a Pennsylvania-bred by Winchill who captured last year’s Alphabet Soup Handicap at Parx Racing and now has earnings of $428,232. Only Me’s 2018 colt by Imagining died as a foal and she has since been retired from breeding.