La Castiglione made her stakes debut a winning one on Saturday, July 16, taking the Queen’s Stakes at Arizona Downs by a half-length.
The Jeff Jacobs-owned, Juan Quintana Gutierrez-trained 4-year-old filly entered the six-furlong dash on a three-race winning streak, having won against allowance foes at Turf Paradise and Arizona Downs. Bettors thought it highly likely that she’d make it four wins in a row, and sent her off as the 3-5 favorite in the six-horse field.
La Castiglione broke well from post four and rated in third early, racing along the rail off hot early opening quarter of :21.96. As they moved around the turn, early leader Last Punch began to tire and La Castiglione took advantage of the opportunity and moved up the inside for the lead, through a half in :44.93.
In the last eighth, La Castiglione opened up a two and a half-length lead, but soon had to deal with a new challenger in second choice Senoradiablo. However, she had enough left in the tank and held on for the victory. The final time for six furlongs was 1:09.54. La Castiglione is the first stakes winner for apprentice rider Hannah Leahey, who now has 10 wins, three with the filly.
A daughter of former Pennsylvania stallion Uncle Lino, who now stands at Northview Stallion Station in Chesapeake City, Md., La Castiglione was bred by Dr. and Mrs. Thomas Bowman, Dr. Brooke Bowman and Rebecca Davis out of multiple stakes-producer Perverse. Purchased by Russell Young for $15,000 at the Fasig-Tipton Midlantic October yearling sale from the Becky Davis consignment, La Castiglione was an RNA at the following May sale in Timonium. She launched her career in Maryland for owner/trainer Courtney Young, finishing fifth in her debut at Laurel Park in February 2021. Trainer Claudio A. Gonzalez claimed her out of that race for $25,000 for owner Joseph E. Besecker. 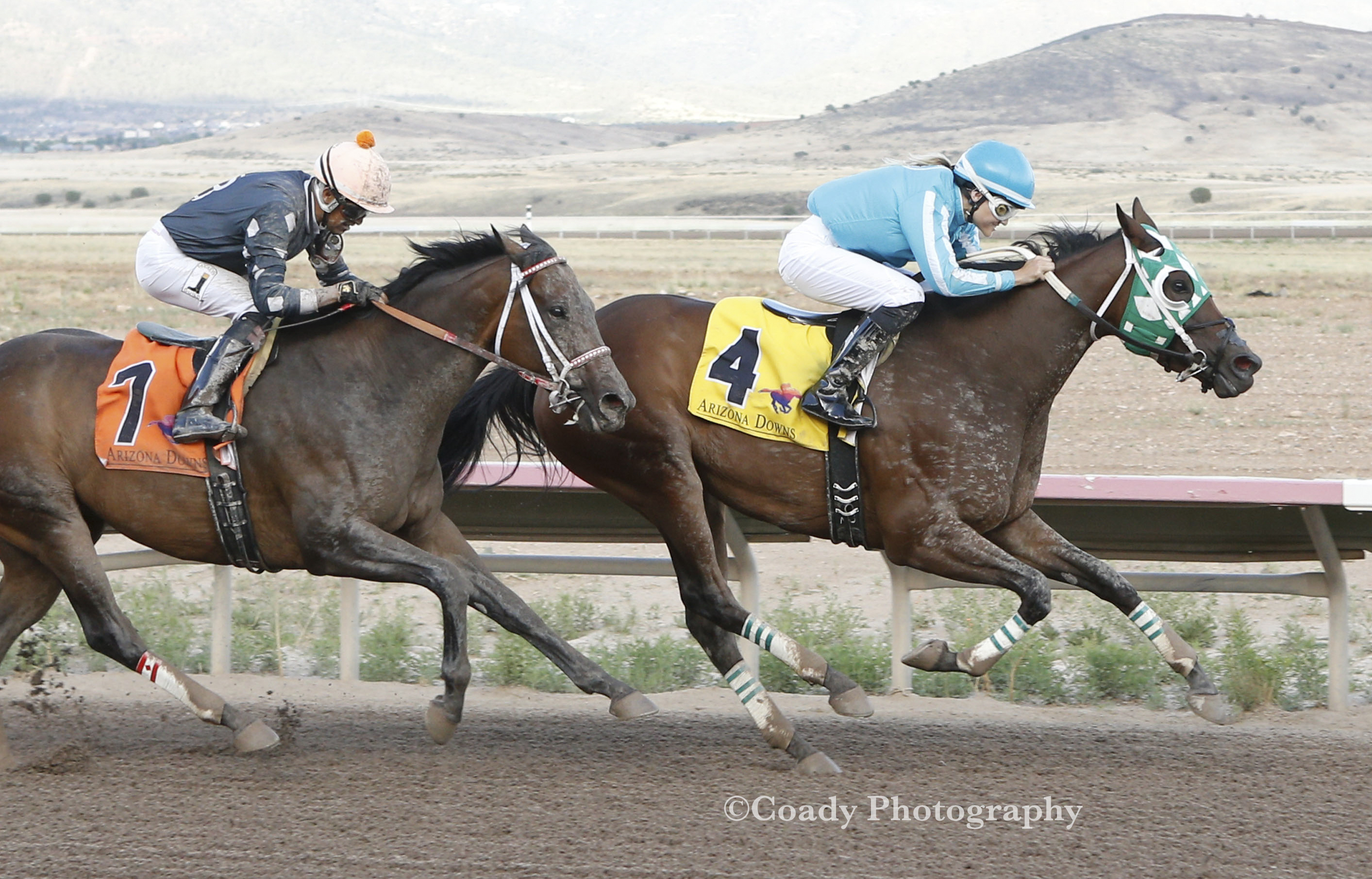 Three starts later on May 29 La Castiglione won a maiden claimer for the same tag at Monmouth Park. She ran out of the Gonzalez barn through August, when Kieron Magee dropped the slip for $7,500. Jacobs took her one start later, for $7,500 in September, and she completed her 2021 season racing on the east coast with trainer Cody Axmaker, winning twice in three starts.
For her 2022 season, Jacobs sent her to Arizona, where she has been racing under Gutierrez’s care. She’s thrived in the Copper State, with four wins and two thirds in seven starts.
La Castiglione has won seven of 19 starts lifetime, for earnings of $125,202. She is the fourth stakes performer for Perverse, whose earlier runners include $426,988-earner Ignite (by Jump Start), $235,712-earner Instructor Kunu (by E Dubai) and the Tritap filly Belial, twice stakes-placed at 2 and an earner of $140,569. Of the Distorted Humor mare’s nine foals of racing age, seven are winners, including her Divining Rod 3-year-old filly Dry Well, who recorded her second career win on July 10 at Laurel Park.
Perverse, now 18, has a Golden Lad yearling colt and delivered a Great Notion filly in February.