The chestnut filly was one of five Maryland-breds in the seven-horse, five and a half-furlong contest, and was sent to post as the biggest longshot in the field at 20-1. She broke well and drafted off the pace in the early stages.

As they moved past the opening quarter mile point in 22.42 seconds and rounded the far turn, jockey Erasmo Martinez moved Princess Chessie off the inside and began to make a move while racing several paths off the rail. The early leaders put up little resistance, and Princess Chessie took charge rather easily as they moved past a half-mile in 47.46. In the final sixteenth, Martinez took two peeks over his shoulder, but no one was making a serious rally, and he drove her home under a hand ride to victory. The final time over a fast dirt track was 1:06.99. 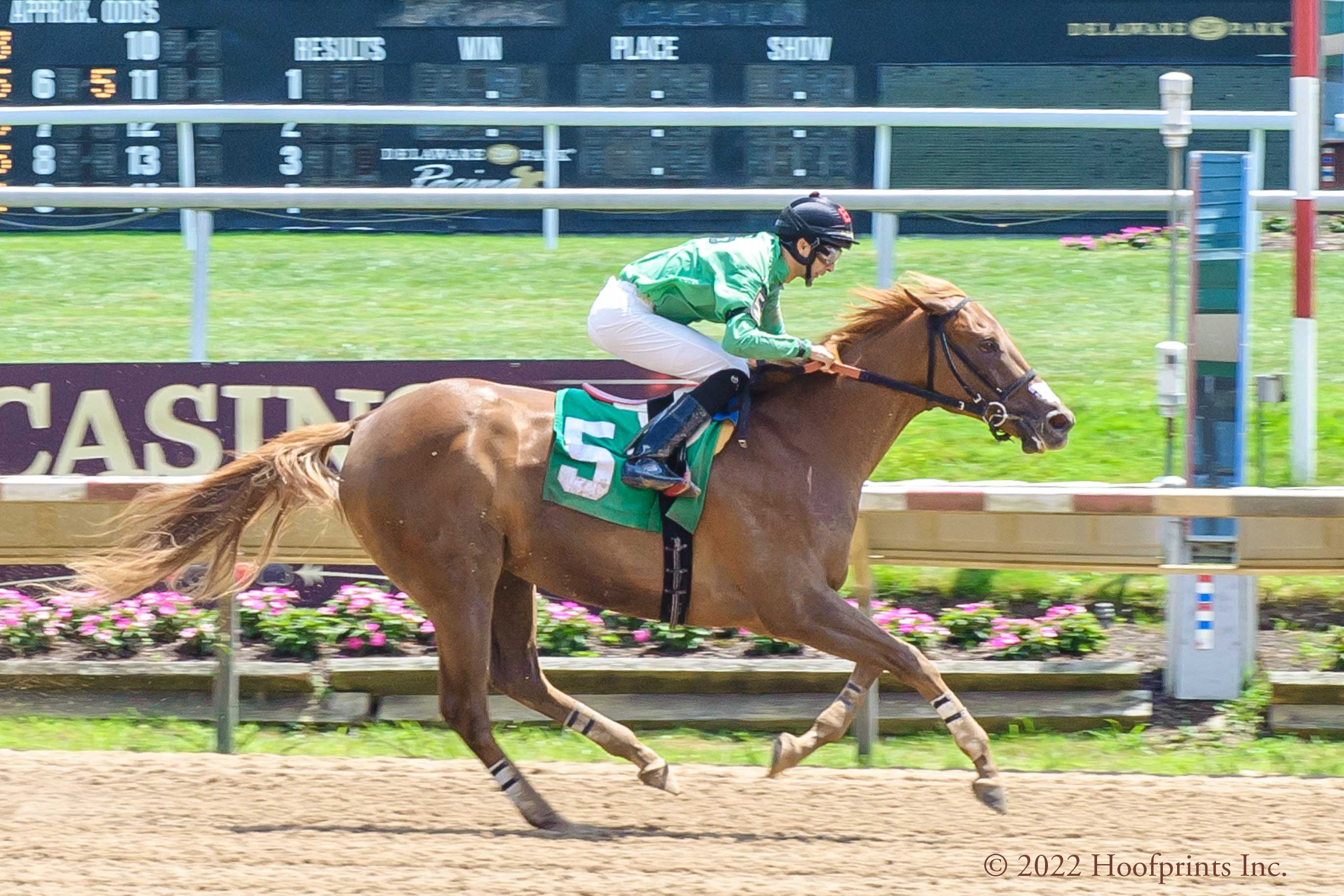 Princess Chessie is trained by Baltazar Galvan, who picked up his fourth training win of the Delaware Park season. She is the fourth foal, and third winner, out of winning mare Sensible Shoes (by Songandaprayer).

Irish War Cry, a New Jersey-bred homebred for Isabelle de Tomaso, won five times from 13 starts in his career, including a trio of graded stakes victories. Undefeated at 2 in two starts, including the Marylander Stakes at Laurel Park, he was an early Kentucky Derby favorite after capturing the Holy Bull Stakes-G2 and Wood Memorial Stakes-G2 that spring and went off as second choice in the 20-horse Derby field. Although he wound up off-the-board, he returned to finish a solid second in the Belmont Stakes-G1. The following year he scored a daylight victory in the Pimlico Special-G3 and retired with earnings of $1,257,060.

Irish War Cry has 49 named 2-year-olds in his first crop. He stands at Northview Stallion Station in Chesapeake City for $6,500.