Justwaveandsmile has developed quite an affinity for Laurel Park. He won his sixth consecutive race over the Laurel turf course on Saturday, July 30, when he rallied to win the Ben’s Cat Stakes for Maryland-bred/Maryland-sired turf sprinters by a neck.

The Dale Capuano-trained 5-year-old gelding went off as the 5-1 third choice in the seven-horse field. Last year’s Maryland Million Turf Sprint champion, Grateful Bred, was the 7-10 favorite, while Jaxon Traveler, off a win in the Maryland Sprint Stakes-G3, was the 2-1 second choice.

As expected, Jaxon Traveler broke on top and crossed to the rail and the lead, while Grateful Bred rated off him on the outside. Justwaveandsmile tracked the pace off the rail, about five lengths back through the first quarter in :23.90.

Turning for home Justwaveandsmile checked slightly, but soon found clear sailing and began to rally. Grateful Bred took control in the last eighth, but could not hold off the oncoming Justwaveandsmile, who surged by in the last strides under a vigorous ride from Jean Alvelo. He won by a neck in 1:04.46 for the five and a half furlongs over turf rated good. The race marked the first stakes win in Alvelo’s career. 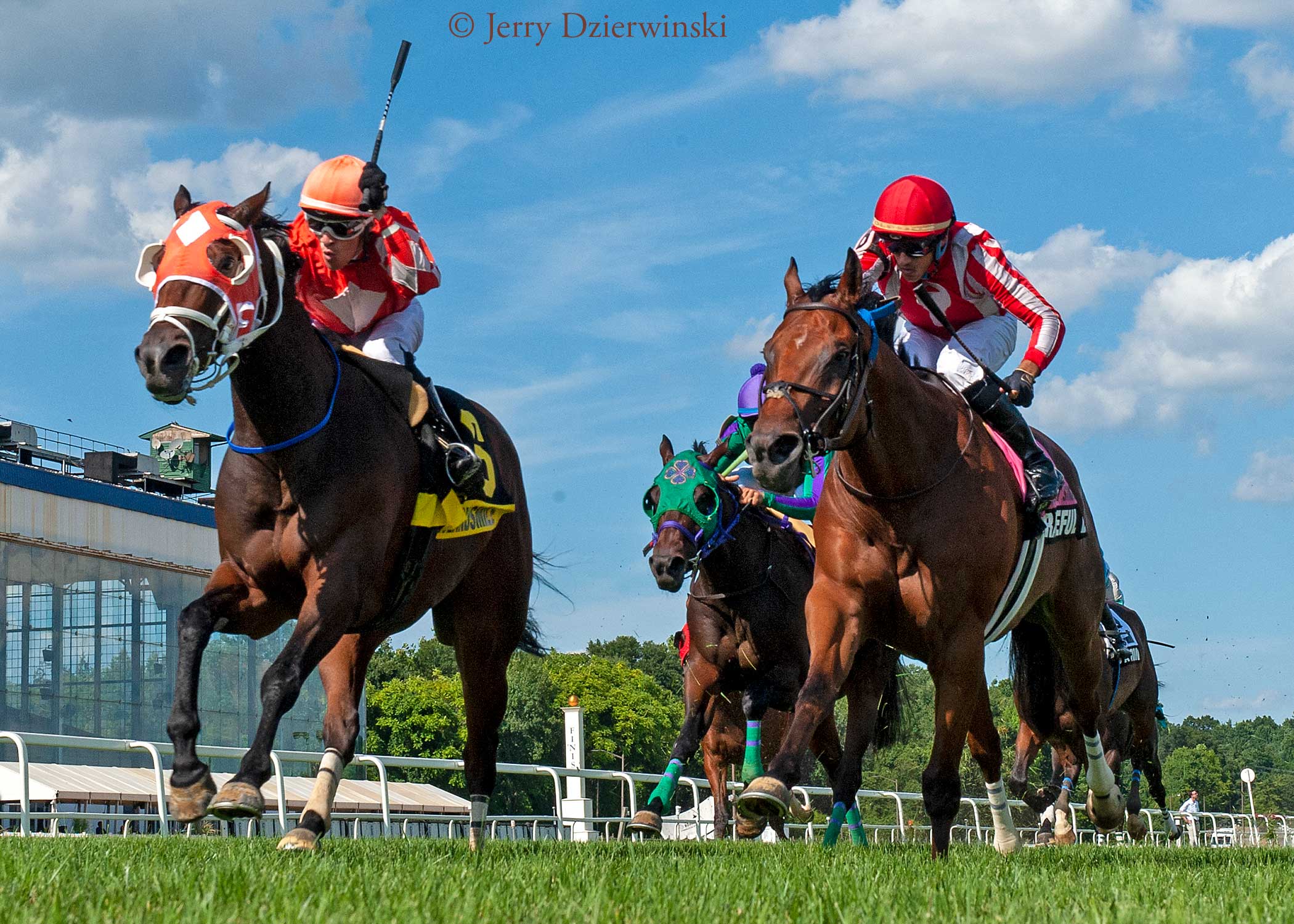 Justwaveandsmile started his career on dirt, with mixed results, but has turned the corner since he began racing primarily on turf. He finished third in each of his first two races on the lawn last summer at Pimlico and Laurel, but broke through with a conditioned claiming victory at Laurel on October 1. Since then, he hasn’t lost on the surface and has rapidly ascended the class ladder with ease. He’s owned by Steven T. Newby, who purchased him for $55,000 at the Fasig-Tipton Midlantic Eastern Fall Yearling Sale in 2018.

Anofficerandalady has produced seven foals of racing age; four of her six starters are winners. Her 2-year-old son Barb’s Pride (by Shaman Ghost) is working steadily at Laurel but has yet to start. The mare didn’t produce a foal this year after delivering a colt by Bandbox named Officeroftheband in late April 2021. She was bred to Enticed this year.