In the first eight starts of his career, Alottahope had shown plenty of promise, but had yet to win a stakes race. That changed in the Star de Naskra Stakes at Laurel Park on July 30, which he won by 15 lengths in a dominant performance.

Alottahope’s most recent win prior to the Star de Naskra came on May 7, when he won a Maryland-bred/Maryland-sired allowance race against older runners by half a length. It was his first start in more than three months, and he beat a tough field which included next-out winners Seven On the Rocks and Royal Thunder. Two weeks later, in the Chick Lang Stakes-G3, Alottahope fell well off the pace on a speed-favoring Pimlico track, but nonetheless closed strongly and got up for fourth, beaten less than four lengths by out-of-town shippers.

Following a fourth-place finish on turf to stakes winner Determined Kingdom and a last-placed effort when fifth in the Concern Stakes while beaten three and three-quarter lengths, Alottahope looked to put it all together in the Star de Naskra, which drew a field of five Maryland-bred/Maryland-sired 3-year-olds. With Jevian Toledo up, he went off as the 8-5 second favorite, while undefeated Super Love was the 4-5 public choice. 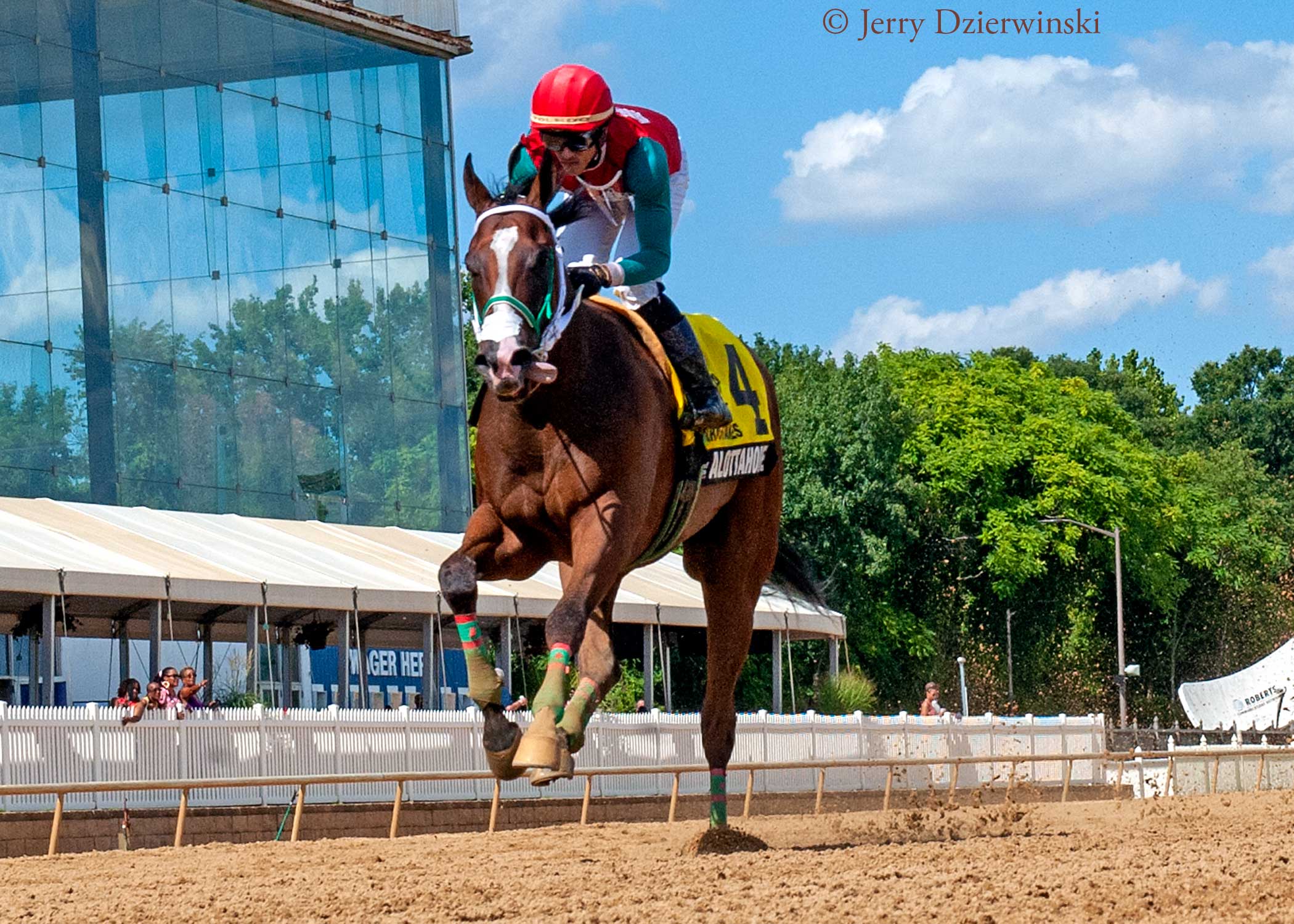 At the start of the seven-furlong contest, Alottahope’s stablemate, Al Loves Josie, went to the front and set the pace. Alottahope rated off the flank of the early leader and kept the favorite hemmed in as they went through honest fractions of :22.70 and :45.53. Passing the half-mile point Al Loves Josie began to fade and Alottahope took over. None of the others made up serious ground, and Alottahope cruised down the stretch all by himself. He stopped the clock in 1:22.91, more than a second faster than Divine Huntress ran the same distance earlier in the day in the Miss Disco Stakes.

Bred by Dr. and Mrs. Thomas Bowman and Dr. Brooke Bowman out of the Midnight Lute mare Alottalute, Alottahope is the second stakes winner from as many starters for the mare. The flashy bay gelding is owned by No Guts No Glory Farm, the nom de course of Gina and Jerry Robb – the latter also his trainer – and is a stablemate and half-brother to two-time Maryland-bred champion Street Lute (by Street Magician), a winner of eight stakes with earnings of $617,520. Street Lute’s full sister, Mama’s Eyes, is an unraced 2-year-old currently in training at Delaware Park. Alottalute produced a colt by Game Winner in March and was bred back to Uncle Mo’s champion son Nyquist.

Alottahope, who has four wins and a second (in last year’s Maryland Juvenile Championship) in nine starts for earnings of $179,860, is the first stakes winner from the first crop for Editorial, an 8-year-old half-brother to Eclipse Award winner and top stallion Uncle Mo who stands at Anchor & Hope Farm in Port Deposit. From five runners, Editorial has sired three winners, including stakes-placed filly My Thoughts.