It was a big weekend for Allwewantforxmas.

On Friday, July 29, her daughter by More Than Ready, Xmas Surprise, closed to finish second in the Daisycutter Handicap at Del Mar in her stakes debut. Less than 24 hours later Xmas Surprise’s year-older half-sister Spun Glass made a well-timed move and won the Jameela Stakes for Maryland-bred/Maryland-sired mares at Laurel Park on Saturday, July 30, recording her first stakes victory.

Spun Glass missed the board in her first two stakes starts this year, but in between, the 5-year-old daughter of Hard Spun won a third-level turf allowance at Laurel by one and one-quarter lengths. On the strength of that win at five and a half furlongs, she went off the 2-1 second choice in the nine-horse Jameela field under the same conditions. 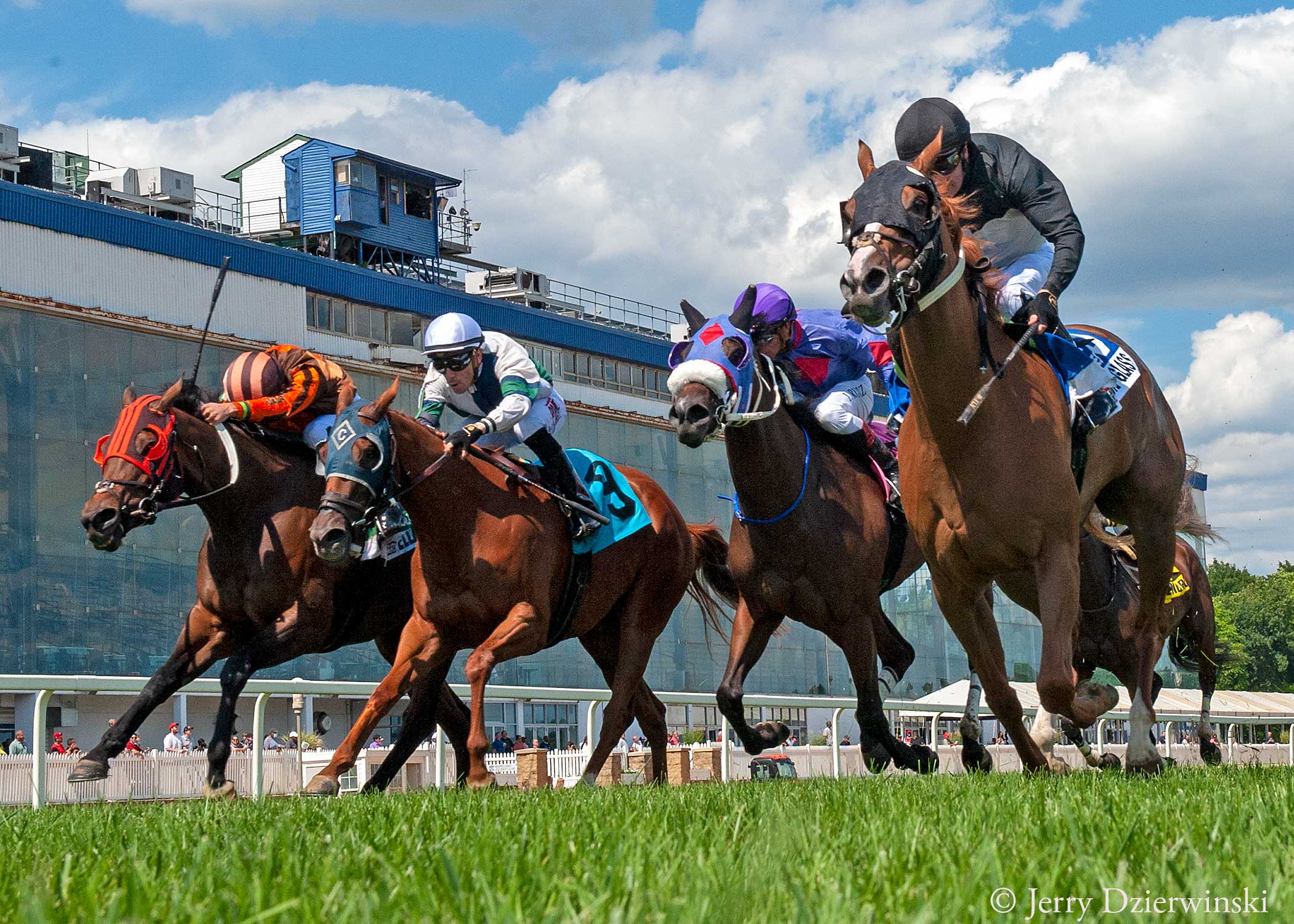 Breaking alertly, Spun Glass was taken off the early pace by Feargal Lynch, drafting in fifth as they whistled through the opening quarter mile in :22.48. Entering the stretch, Lynch angled Spun Glass a little bit further off the rail and set her down for the drive. Early leaders Golden Can and Can the Queen began to tire as they approached the eighth pole, and a host of challengers swarmed in. Spun Glass managed to outkick all her rivals late and crossed the wire a half-length in front of last year’s Jameela winner, Ellanation. The final time for the distance was 1:04.19, .27 seconds quicker than the boys in the Ben’s Cat two races later.

Mike Trombetta trains the R. Larry Johnson homebred who has now won five times from 17 starts, with earnings of $201,099.

Allwewantforxmas, also a Johnson homebred foaled in Kentucky, earned $211,794 in her career and was stakes-placed in turf sprints twice. Her first foal, Xmasinthecity, a son of City Zip born in 2016, won twice from 19 starts, earning $81,959.

Xmas Surprise is the only foal sold out of the mare, bringing $160,000 at the OBS March 2-year-old sale in 2020. Twice an allowance winner at Santa Anita, she has now earned $120,300 in 10 starts, all on the grass. Her year-younger full-brother, A Lot Like Xmas, has one third-place finish from eight starts to date. Allwewantforxmas produced a full-brother to Spun Glass in 2021 and after missing to the cover of Gun Runner in 2022 she was bred back to Caravaggio for 2023.