The dark bay colt broke his maiden in his debut at Keeneland on April 20, battling on the lead and pulling clear late to win by one and a half lengths. However, he was well-beaten in both the Kentucky Juvenile and Bashford Manor Stakes at Churchill Downs. Trainer Mike Maker decided to ship him to Colonial for his next start, taking advantage of his Virginia certification to enter the Hickory Tree. The son of Super Saver went off as the 3-2 second favorite in the field of eight. Heldish, a Maryland-bred son of Great Notion who broke his maiden impressively at Laurel Park on July 1, was the 9-10 public choice. 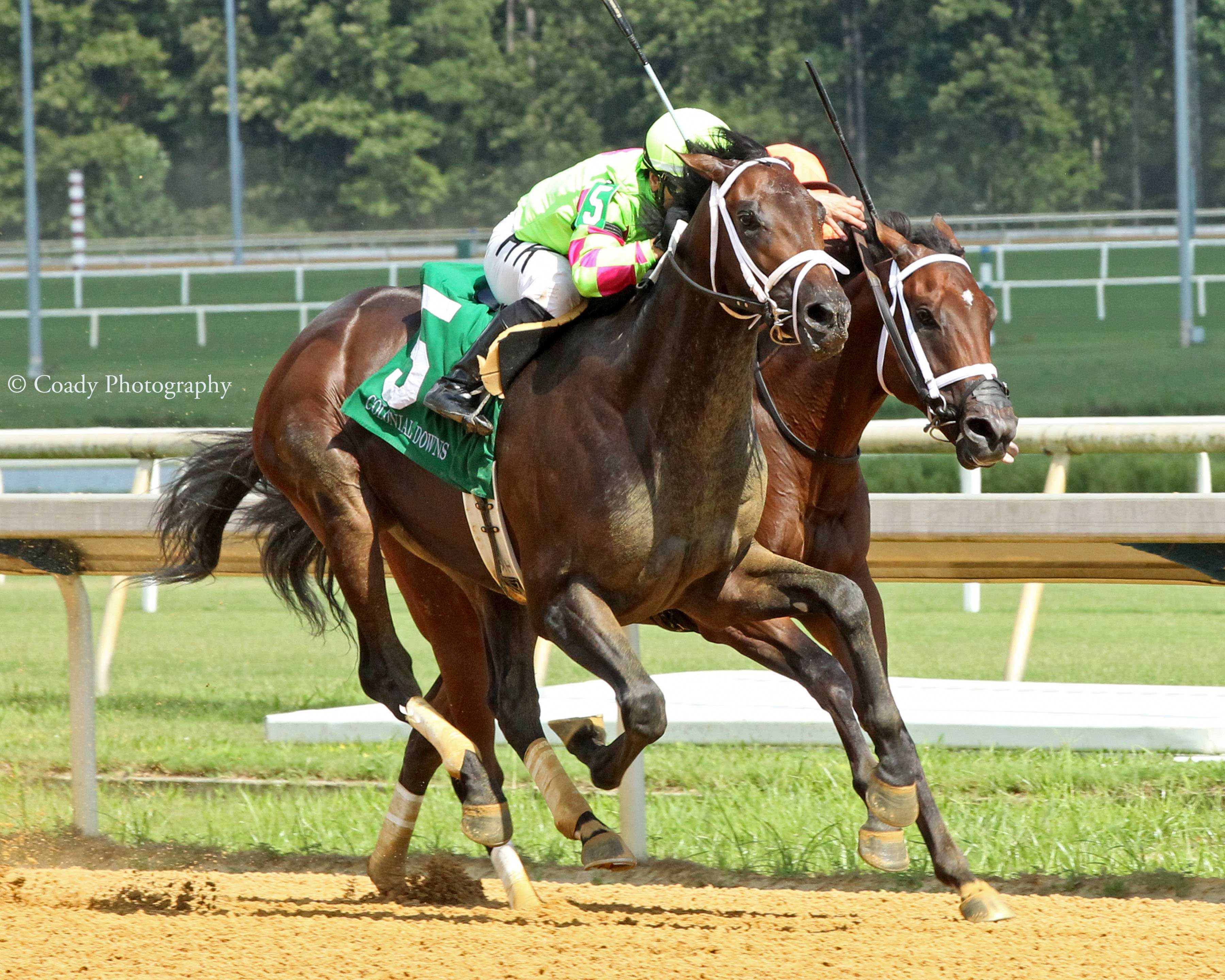 Breaking from post five in the five-furlong dash, Simply Super began well and rated off Heldish while that rival set the early pace, whistling through an opening quarter of :21.87. Horacio Karamanos made his move on Simply Super and drew alongside the leader entering the stretch. Heldish showed heart and initially repelled the challenge. Although it looked like he was going to pull clear, Heldish began to get leg-weary in the last eighth, and Simply Super continued to gain ground on the outside. As they approached the wire, Simply Super got the better of Heldish and crossed the wire in front, stopping the clock in :56.74. The duo were five and a half lengths clear of Grand Escape in third.

A $30,000 Fasig-Tipton Midlantic sales yearling, Simply Super is owned by Maxis Stable. His win in the Hickory Tree boosted his career earnings to $97,819.

Simply Super was bred by Emcee Stable LLC out of So You Know, a daughter of Jump Start and stakes winner Our Fantene and a half-sister to 2013 General George Handicap-G3 winner Javerre. So You Know won four times and placed in five others in 12 starts while earning $169,735. Simply Super is the mare’s only named offspring from four foals; her two most recent are a 2021 filly by Breeders’ Cup Classic-G1 winner Accelerate and a Violence colt this year, both born in New York.