La Castiglione further established herself as the Queen of the Desert on Monday, Aug. 15, when the 4-year-old filly won the Arizona Downs Distaff for her second consecutive stakes win and fifth straight overall victory.

Off a half-length win in the Queen’s Stakes last out, La Castiglione was the 4-5 favorite in the six-horse field. Senoradiablo, who finished second behind her in her two prior starts, was the 11-10 second choice.

La Castiglione broke well from the rail under Hannah Leahey and was immediately sent to the lead as they approached the first turn of the one-mile contest. However, she encountered instant pressure on her outside from Kynlie’s Empire and Lucky Stepper. Leahey briefly backed La Castiglione off the pace, but moved to re-engage as they neared the halfway point. The trio raced through a :24.48 first quarter and an opening half of :47.88. 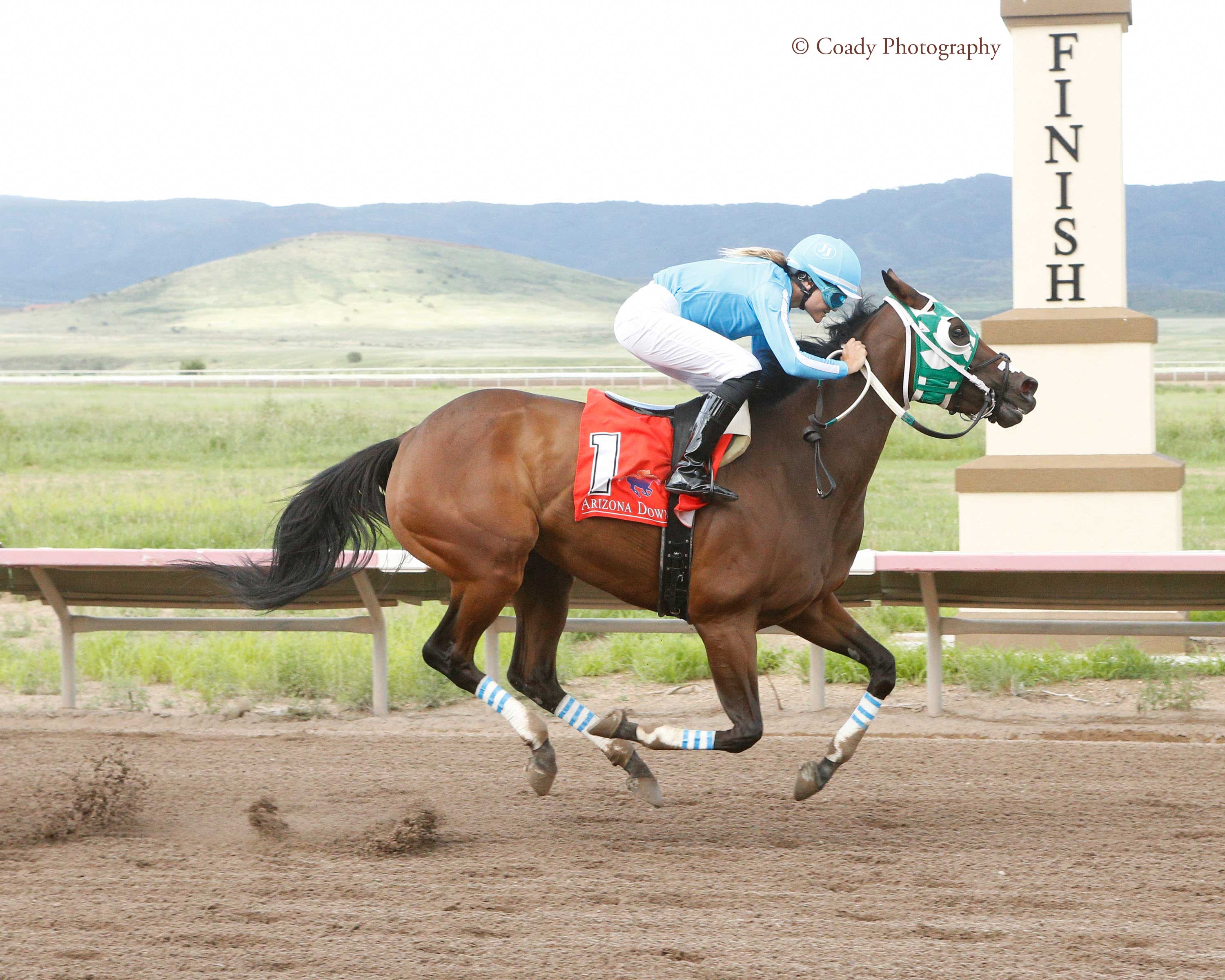 La Castiglione has won five times on the year from eight starts, with earnings of $78,266. In her career, she’s made 20 starts and has won eight, earning $140,202. She’s owned by Jeff Jacobs and trained by Juan Quintana Gutierrez. Jacobs claimed her for $7,500 in September 2021 at Monmouth, and transferred her to Gutierrez’s stable in Arizona at the start of 2022.

La Castiglione was bred by Dr. and Mrs. Thomas Bowman, Dr. Brooke Bowman, and Rebecca Davis. She’s by former Pennsylvania stallion Uncle Lino, who now stands at Northview Stallion Station in Chesapeake City, Md. She’s the fourth stakes performer out of the Distorted Humor mare Perverse, a $200,000 Keeneland sales yearling purchased and campaigned by Larry Karp. The mare produced five foals for Karp through 2013, including stakes-placed $426,988-earner Ignite (by Jump Start) and the E Dubai-sired multiple stakes-placed $235,712-earner Instructor Kunu; since 2014 the mare has had six foals for the Bowmans, including multiple stakes-placed juvenile filly Belial (by Tritap).

Of Perverse’s eight foals to race, seven are winners, including her current 3-year-old filly Dry Well (by Divining Rod) who got her most recent victory in July at Laurel and followed with a fourth-place finish in the Miss Disco Stakes. Others in the pipeline are a yearling colt by Golden Lad and a filly by Great Notion born this past February. Perverse was bred back to Great Notion for 2023.