My Thoughts determined in victory in Fort Indiantown Gap

My Thoughts had to call on all her heart and determination to win the $50,000 Fort Indiantown Gap Stakes at Penn National on Friday, Aug. 19, as she survived a stretch duel to hit the wire a nose in front.

Racing for her breeder, Harry Kassap LLC, My Thoughts was one of two 3-year-olds in the field of 10 fillies and mares tackling a mile and a sixteenth on a firm grass course. Going off the 2-1 second choice behind 8-5 favorite Klayton’s Kandy, she broke well from post six under Ricardo Chiappe, dropped over to the rail and rated off the pace. By the time they hit the first turn, she was about four lengths off the early leaders. It proved to be an ideal setup, as pace-setters Minding Millie and Klayton’s Kandy blazed their way through an opening quarter of :22.17, a half in :45.05 and three-quarters in 1:08.98.

As the field raced around the final turn, the leaders began to tire. My Thoughts was angled into the three-path around the stalled leaders and made a bid for the lead. She immediately encountered a challenge from 24-1 longshot Swan Point, who had rated towards the back of the pack for most of the way. Completing a mile in 1:33.83, My Thoughts dug in gamely towards the rail and battled with Swan Point the entire stretch. The duo raced towards the wire together, with My Thoughts winning the head bob. The final time was 1:39.94.

My Thoughts is now a three-time winner in eight starts, with earnings of $97,265. Trained throughout her career by Tim Woolley, she was a debut winner at 2 in a maiden claiming race at Delaware Park last September, and next out finished second by a half-length at 38-1 in the Maryland Million Lassie. She was unplaced in her final two starts last season and did not return this year until mid-June, when unplaced against older runners in allowance company. 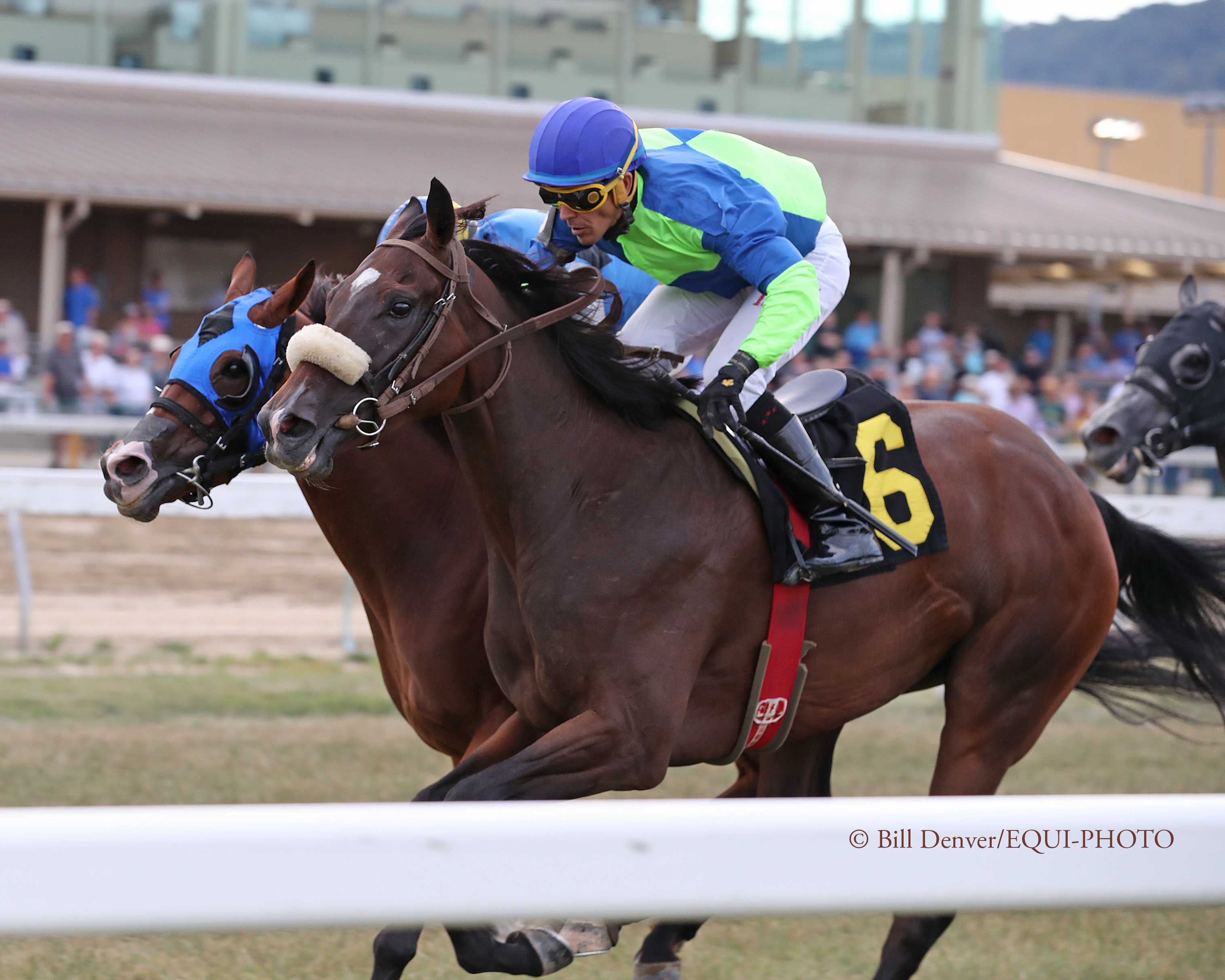 Two and a half weeks later she won a first-level allowance on the Penn National turf course by two and a half lengths. She came into the Fort Indiantown Gap off a second-place finish against older Maryland-bred or -sired allowance horses on July 15 at Laurel Park.

The second stakes winner in less than a month for former Maryland stallion Editorial, My Thoughts is out of Be My Love, a daughter of With Distinction and stakes winner Arealhotlover who won four times from 21 starts and earned $119,550. Be My Love is a half-sister to Uncle Vinny, winner the 2015 Sanford Stakes-G3 at Saratoga, listed stakes winner Legal Laura and stakes-placed Lu Lu Laura. Legal Laura produced Legal Deal, winner of the 2020 Millions Sprint Preview Stakes at Gulfstream Park West.

From five named foals, Be My Love has produced four starters and four winners. My Thoughts is her first stakes winner. My Thoughts’s 2-year-old full sister, Atlas Strong, has yet to race. Be My Love delivered a colt by First Mondays on Feb. 17 of this year and was bred to First Mondays again for 2023.

Editorial, who stood the past two seasons at Anchor & Hope Farm in Port Deposit, left Maryland at the end of July to stand at stud in California in 2023.