Anchor & Hope Farm stallion Imagining, who stood in Maryland since 2016, died on Aug. 23 from complications from colic at the age of 14.

Imagining was a Grade 1-winning millionaire with an unparalleled pedigree. A son of champion racehorse and stallion Giant’s Causeway, he was out of A.P. Indy’s multiple graded stakes-winning daughter Daydreaming, a full sister to Grade 1 winner Girolamo and graded stakes winner Accelerator, as well as Supercharger, the dam of 2010 Kentucky Derby-G1 winner Super Saver. His female line traced back to champion Numbered Account, his fourth dam.

Imagining raced for his breeder, Phipps Stable, and was trained by Shug McGaughey throughout his 26-race career. A late developer with an affinity for the turf, he made his debut in July 2011 as a 3-year-old and broke his maiden two starts later at Belmont Park that September. In his final start of the season, he finished second in the Hollywood Derby-G1 at Hollywood Park. From that point he ran primarily in graded stakes – in 2014 and 2015, 10 of his 12 starts were in Grade 1 races.

He began to truly blossom as a 5-year-old in 2013, winning three stakes races including the Red Smith Handicap-G3 at Aqueduct. 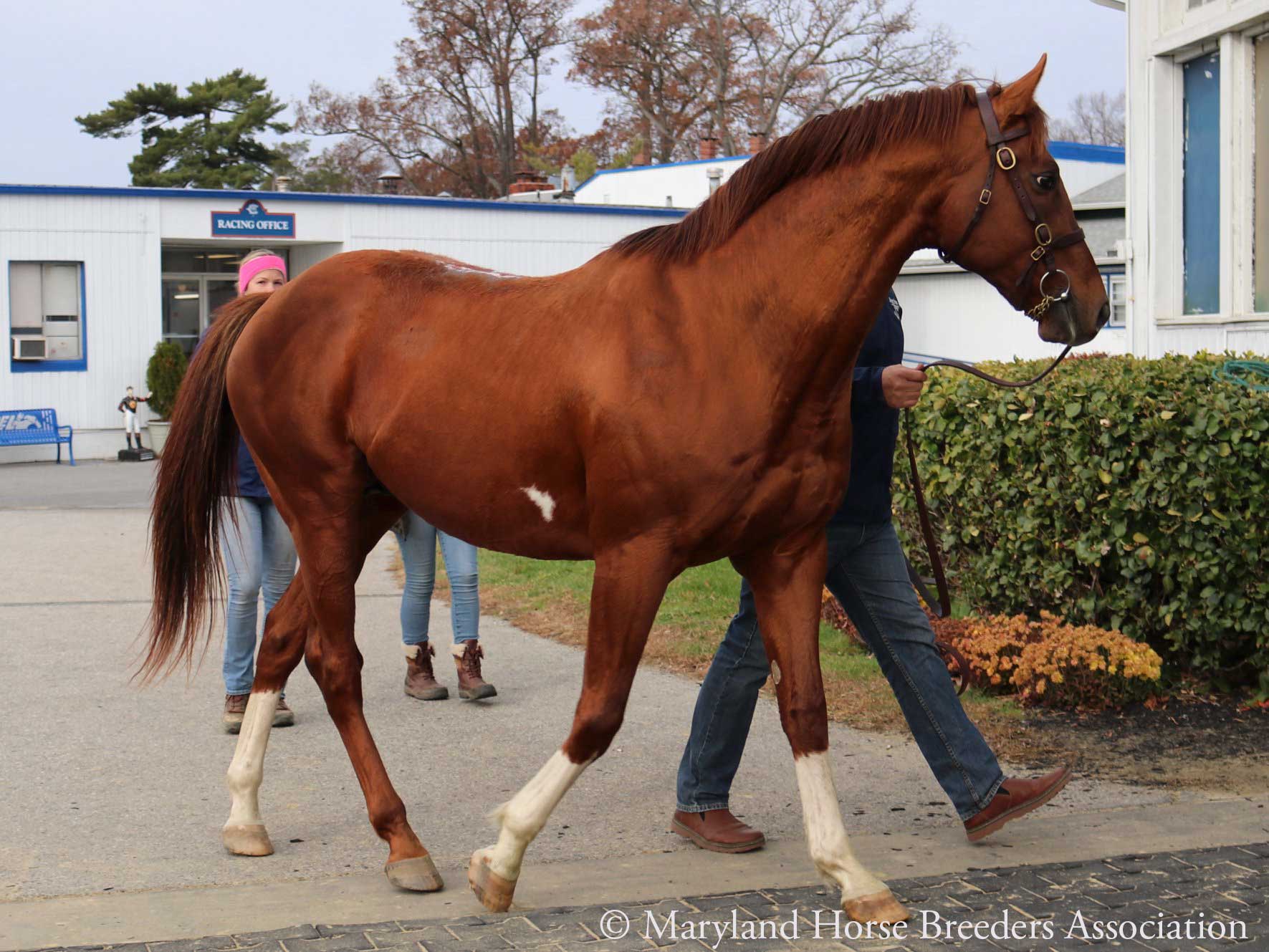 In May of 2014, Imagining earned his biggest career victory in the Man o’War Stakes-G1 at Belmont Park, scoring by three-quarters of a length in gate-to-wire fashion. The Man o’War was one of four Grade 1 races he won or placed in that year. In addition, he finished second in the Gulfstream Park Turf Handicap-G1 and the Sword Dancer Invitational Stakes-G1 and was third in the Joe Hirsch Turf Classic Stakes-G1.

As a 7-year-old in 2015, Imagining added another graded stakes win to his credentials when he won the Pan American Stakes-G3 at Gulfstream Park in March. He retired at the end of the season with nine wins, five seconds and two thirds and $1,177,394 in earnings.

Imagining entered stud in Chesapeake City with Heritage Stallions, a partnership between Louis Merryman and Drs. Thomas and Brooke Bowman. He stood there for two seasons before the dissolution of the partnership. Starting with the 2018 season, he stood at Grace and Louis Merryman’s Anchor & Hope Farm in Port Deposit.

From four crops of racing age, Imagining has sired 50 winners to date and the earners of nearly $3.8 million. He currently ranks eighth on the list of leading Maryland sires in 2022. His most successful offspring is Monday Morning Qb, winner of the 2020 Maryland Million Classic as a 3-year-old. 11 of his progeny are earners of more than $100,000. He has 31 2-year-olds in his current crop.

“Imagining has been with us since the start in 2015. We want to thank Shug McGaughey and the Phipps family for trusting us to bring a Grade 1-winning millionaire from a prolific Phipps pedigree to Maryland. We were proud to do so and will be grateful to Imagining for what he did for us,” said Grace Merryman.