Breviary won her first career stakes in surprise fashion on Saturday, Aug. 27, scoring as the longest shot on the board in the Timonium Distaff at the Maryland State Fair’s Timonium race meet.

Heading into the 1 1/16-mile contest, the 5-year-old mare had won two of her prior three races, and had won four times on the year from 13 starts. She was 20-1 on the morning line for the race which originally drew 10 entries. However, six horses scratched. That made Breviary’s task a little bit easier, but she was nonetheless considered a longshot, going off at nearly 11-1.

Breviary broke well from the inside post and was taken back off the pace on the inside. Malibu Beauty and Hybrid Eclipse engaged each other for control in the early stages, and Fool Yourself moved to challenge for the lead as they rounded the second of three turns. While it all unfolded, Grant Whitacre was patient with Breviary, keeping her off the pace and on the rail.

As they moved up the backstretch the final time, Hybrid Eclipse and Fool Yourself began to give way, and Whitacre moved Breviary towards the outside for a clear shot at the lead. Multiple stakes winner Malibu Beauty began to open up on the field and was in front by one and a half lengths halfway around the final turn.

Breviary continued to gain ground on the outside, and moved alongside Malibu Beauty as they entered the stretch. Malibu Beauty dug in on the inside, but Breviary got up late to win by a half-length. The final time was 1:45.85. 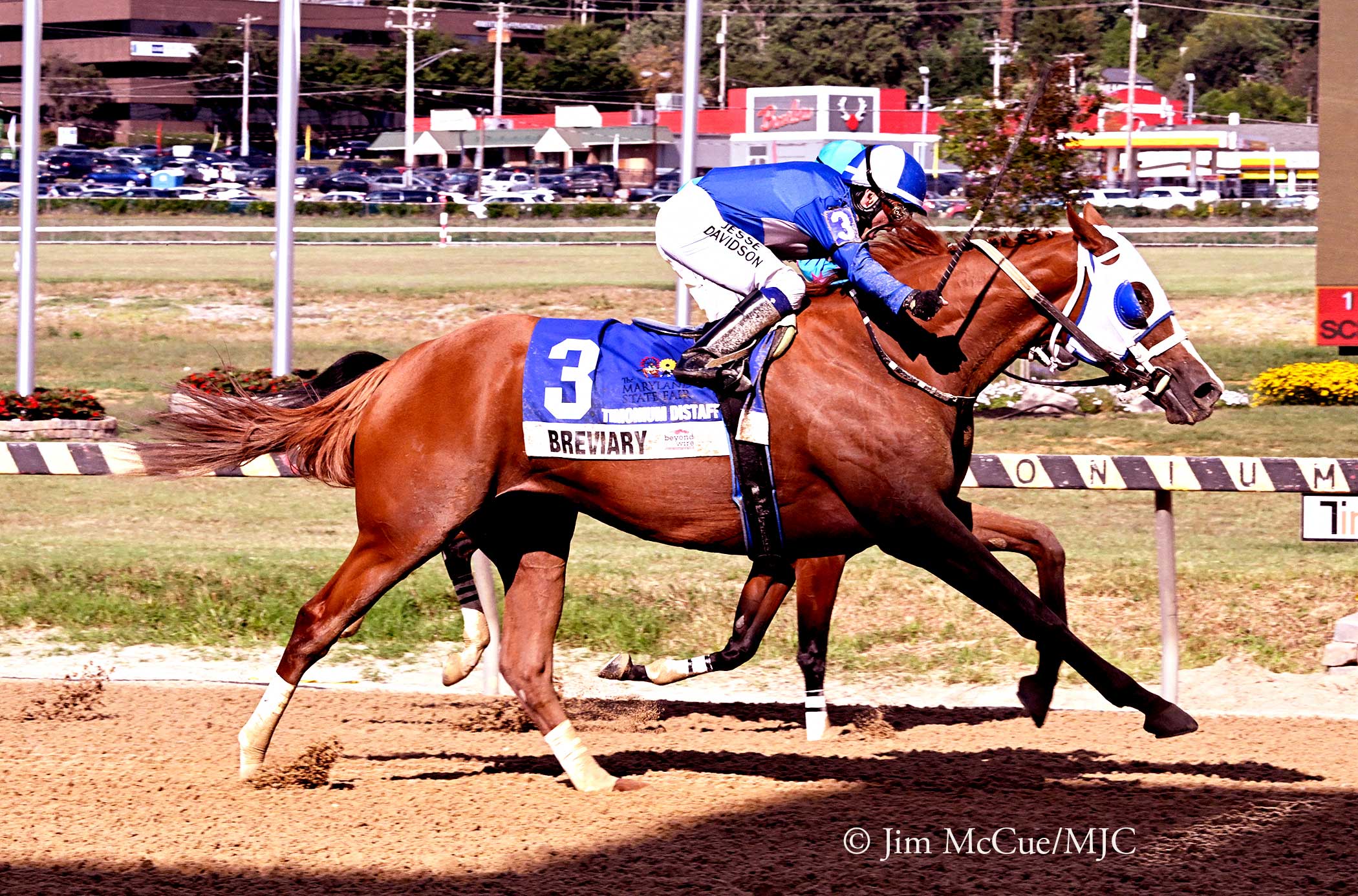 Breviary, a daughter of Super Ninety Nine, is owned and trained by Mario Serey Jr. and was bred by Spendthrift Farm LLC. She’s the fourth winner from five starters, and first stakes winner, out of the Eddington mare Taconic Victory. A two-time winner from 14 career starts, Taconic Victory has also produced Confessor, an 11-time winner with earnings of $388,181. Breviary’s full sister, 4-year-old Divine Victory, has raced four times, all this year, without a win, but has hit the board three times.

Taconic Victory was sold at the Fasig-Tipton Midlantic December sale in 2017, carrying Divine Victory, for $10,000. Her only other reported foal since is a 2-year-old colt by Dortmund named Wind Event. She was bred to Blofeld for 2023.

The first stakes winner for Super Ninety Nine, a son of Pulpit who stood his entire career at Country Life Farm in Bel Air until sold prior to the 2022 breeding season, Breviary was unraced at 2, and launched her career in June 2020. Within a span of six weeks that July and August she won three straight for owner Soggy Dollar Racing and trainer Carl Doran. She became a regular in stakes company over the next year, but didn’t hit the board in any of her attempts before sliding down the claiming ranks. Serey took her for $5,000 this past February at Laurel Park. In her 14 starts this year she has earned $155,087 with a record of 5-4-2; for her career she has a record of 30-8-5-3 for $263,696.