Anna’s Bandit is a very familiar name to Mid-Atlantic racing fans. In her 39-race career, she won 11 stakes races, including five in a row to conclude her 2019 season, and earned $806,655.

Her younger half-brother, Bandits Heart, began his quest to make a name for himself on Thursday, Sept. 1, when he won the Dover Stakes at Delaware Park by two lengths.

Bandits Heart was one of three entries in the six-horse field trained by Jerry Robb, all of whom are Maryland-breds. The 1-2 favorite was Riccio, off an impressive maiden victory at Delaware Park and allowance score at Colonial Downs. Bandits Heart also last raced at Colonial, having made his career debut in the Hickory Tree Stakes on Aug. 9. He finished sixth that day, beaten eight and a half lengths. In the Dover, he went off as the 9-2 third choice. General J R, a 32-1 outsider, rounded out the Robb contingent.

Bandits Heart stumbled slightly from the inside post, but recovered quickly and was sent straight to the lead by Angel Cruz. He set the pace on the inside, with Little J P applying intense pressure from the outside. The two whistled through a first quarter of :21.90 while racing three and a half lengths clear of the others as they rounded the turn.

Entering the stretch, Little J P began to back up, but Bandits Heart continued to move strongly on the lead. Riccio and Mean Tweets both made serious rallies from the back of the pack, but Bandits Heart had plenty left in the tank and was never in serious danger of being caught. He covered five and a half furlongs in 1:04.90. 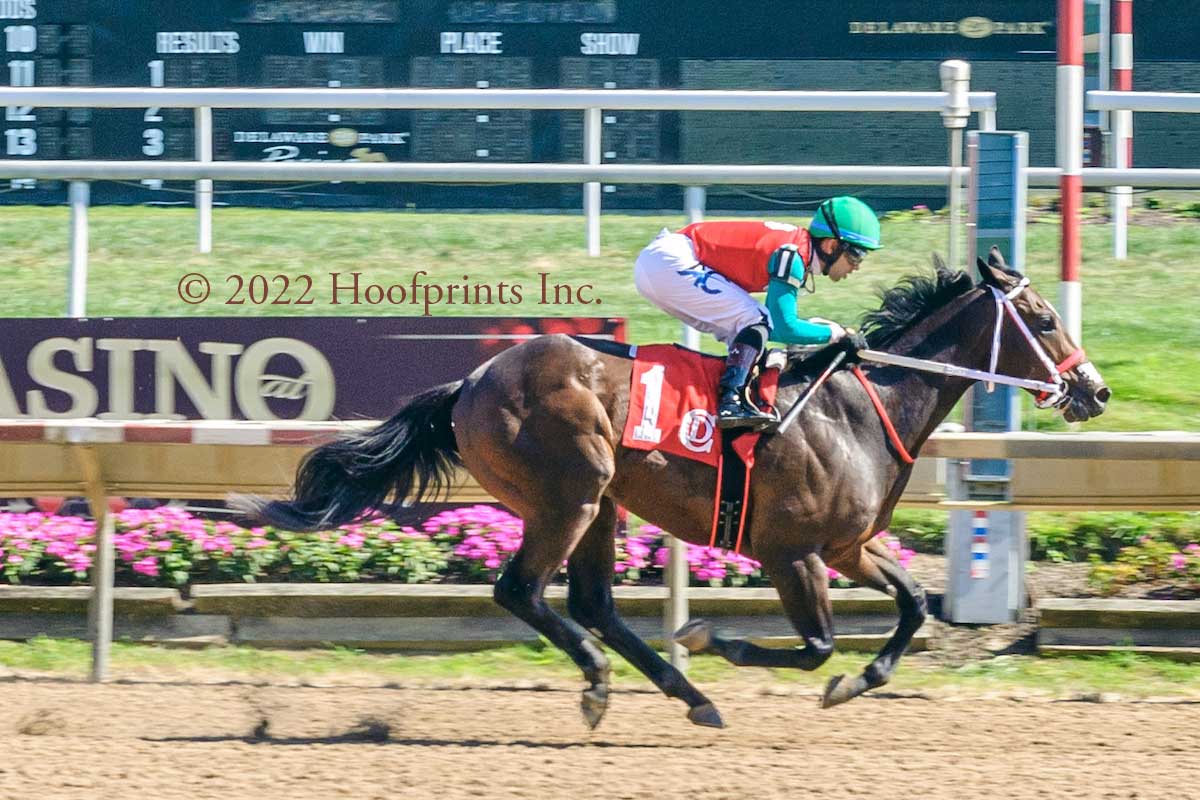 Bandits Heart is a homebred for No Guts No Glory Farm, the nom de course of Jerry Robb and his wife, Gina. They also campaigned Anna’s Bandit, a homebred for Jerry.

Onearmedbandit, the dam of Bandits Heart and Anna’s Bandit, was purchased by Robb for $13,500 at the Fasig-Tipton Midlantic Eastern Fall Yearling Sale in 2007. The daughter of No Armistice won seven times from 22 starts, was a stakes winner at 2, placed in five stakes and earned $304,878. From six foals of racing age, she’s produced five starters and five winners, including Bandits Heart’s full sister Bandits Warrior. The dam of a yearling colt by Golden Lad named Banditsgoldenchild, Onearmedbandit delivered a filly by Golden Lad in April, and was bred back to Mosler for 2023.