Spun Glass entered the Camptown off a victory in the Jameela Stakes at Laurel Park, where she split horses late and won. On the strength of that win, she went off as the 13-10 favorite in the 10-horse Camptown field, which was restricted to Virginia-bred, sired, or certified fillies and mares.

The 5-year-old chestnut mare broke well under Feargal Lynch and was rated off the pace in the early stages of the five and a half-furlong turf test. As they neared the far turn, Lynch attempted to move her between horses, but was forced to check. She lost minimal ground and found herself in fifth, about two lengths off the lead, as they passed the quarter pole.

Entering the stretch, Spun Glass remained relatively close to the lead, but lacked racing room. A hole opened up at about the three-sixteenths pole, and Lynch sent Spun Glass right through it to chase after longtime leader Rambert. Once Spun Glass got going, Rambert had little resistance. Spun Glass hit the front in the final few dozen yards and continued to move away late. Rambert held on for second, while Maryland-bred Island Philo rallied for third at 22-1. The final time over the firm course was 1:03.03. 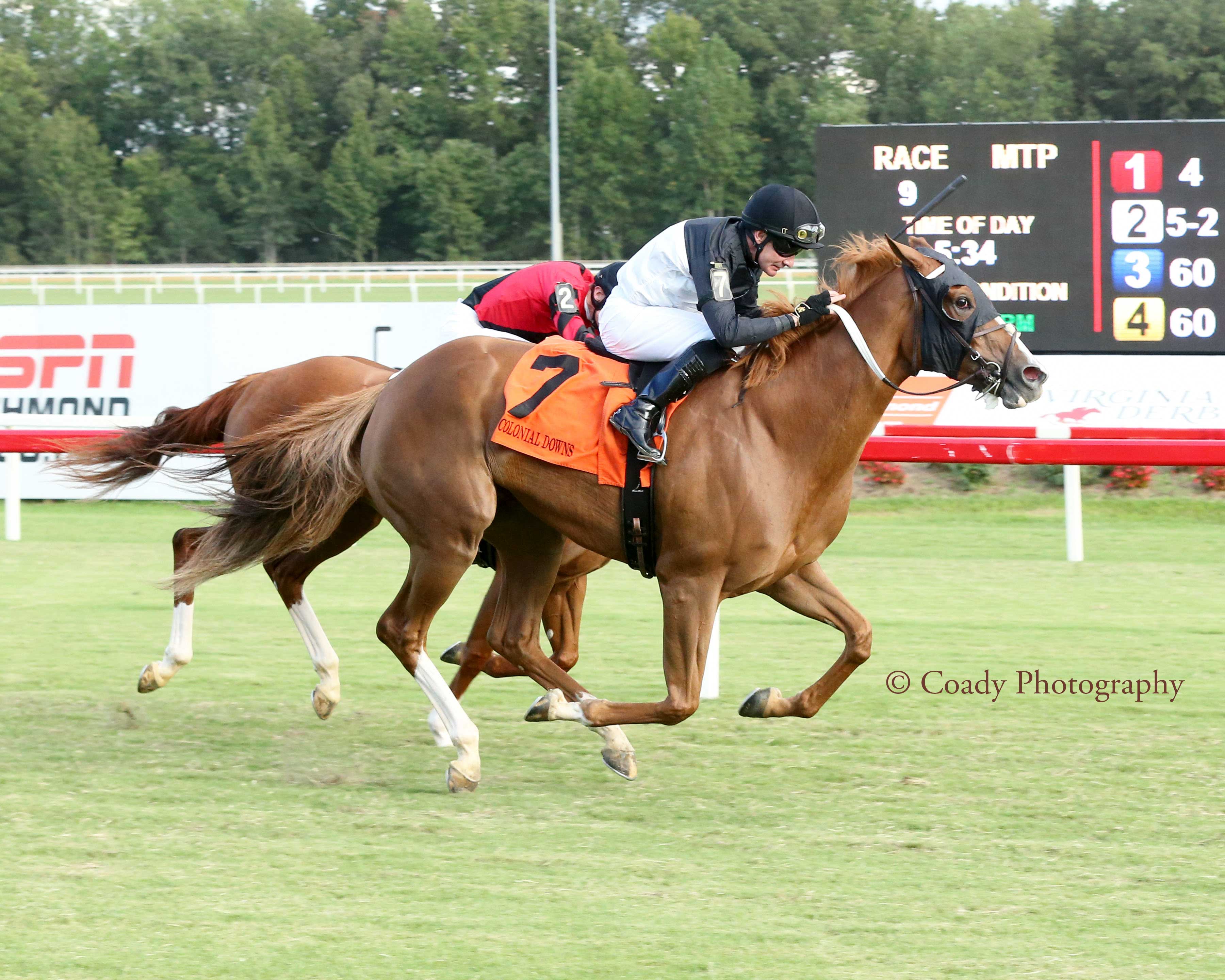 Spun Glass has now won three times on the year from five starts, with earnings of $146,640. Lifetime, the Mike Trombetta trainee has started 18 times, winning six and placing third in three others while earning $261,099 for owner/breeder R. Larry Johnson. All but one of her starts has been at either five or five and a half furlongs – her lone attempt at six furlongs was a maiden special weight win at Presque Isle in August 2020.

A daughter of Hard Spun, Spun Glass is out of another Johnson homebred, Allwewantforxmas (by Songandaprayer), who earned $211,794 in her career and was stakes-placed in turf sprints twice.

From four foals of racing age, Allwewantforxmas has four winners, including Xmas Surprise, a 4-year-old daughter of More Than Ready who finished second in Del Mar’s Daisycutter Handicap in late July. Xmas Surprise’s year-younger full brother, A Lot Like Xmas, broke his maiden over the Colonial Downs turf course on Aug. 31. Allwewantforxmas produced a full brother to Spun Glass in 2021, delivered a Gun Runner filly this year, and was bred back to Caravaggio. Twice she was covered by Gun Runner (2019 and 2021) but neither time had a reported foal.