The gray or roan daughter of Cross Traffic finished a strong second in her debut at Gulfstream on July 29, then broke her maiden in gate-to-wire fashion by two and a half lengths on Aug. 28. For the Our Dear Peggy, she stretched out around two turns for the first time and switched from conventional dirt to Tapeta. She went off as the 17-10 favorite in the 10-horse field.

Blind Spot broke well from post position five and was eager to run in the early stages. However, jockey Edgard Zayas wanted her to relax off the pace. Blind Spot fought her rider through the first three-sixteenths of a mile, but eventually settled into fifth while racing off a slow early tempo.

As they moved around the final turn, Zayas began to ask Blind Spot for run, and she moved steadily after the leaders in the three-path. At the top of the stretch, she drew alongside early leaders Stephanie’s Charm and Vai Via. Her far turn move had stalled out somewhat, and Zayas once again got into his filly. Under some vigorous urging, Blind Spot struck the front as they hit the sixteenth pole and held it from there. The final time for the mile and 70 yards was 1:43.21. 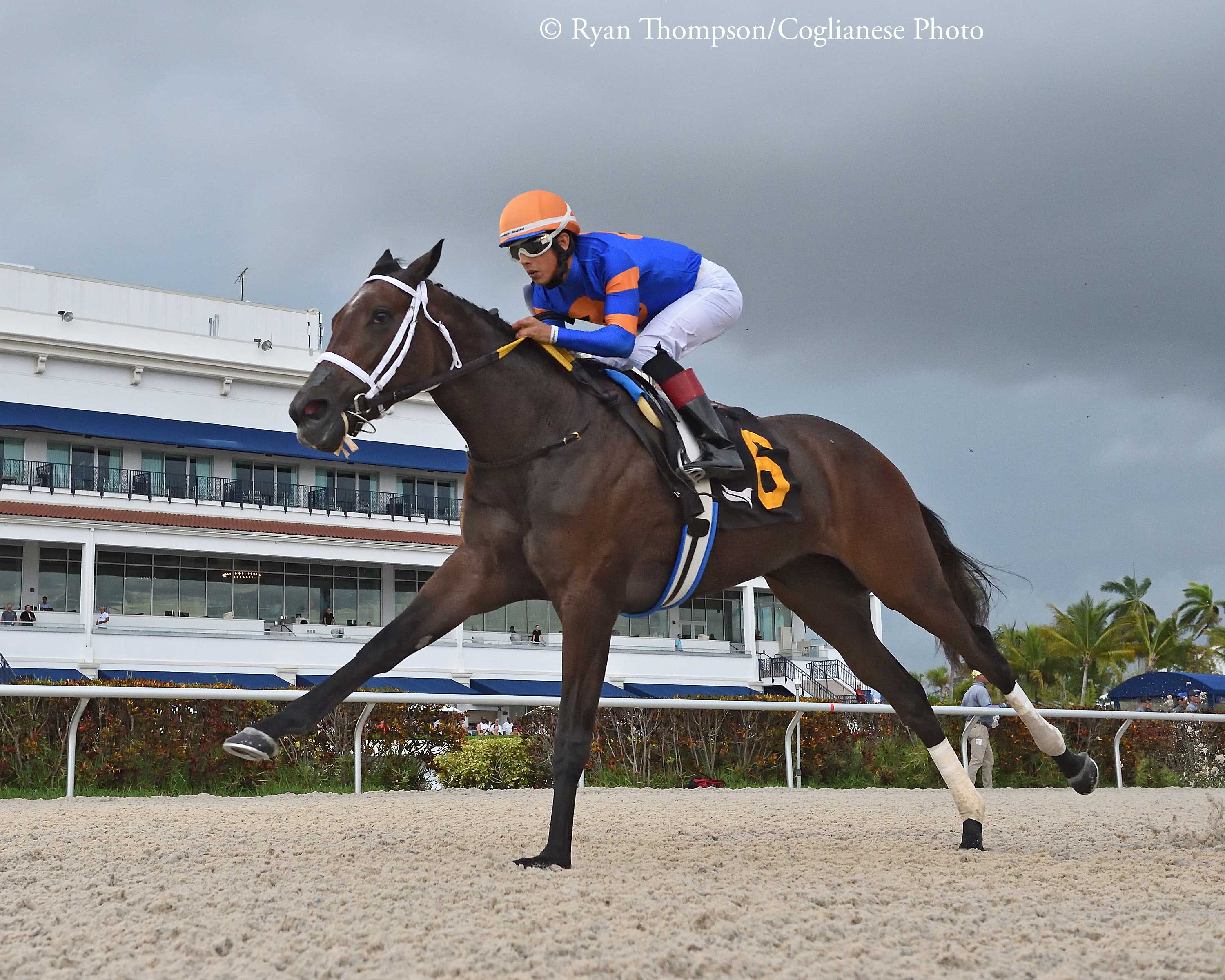 The filly was bred by Country Life Farm and Your Flame in Me LLC. A stakes-winning Maryland-bred daughter of Boundary descending from the family of C. Oliver Goldsmith’s Maryland Broodmare of the Year Turn Capp, Your Flame in Me was purchased for $28,000 by Country Life at the Keeneland November Breeding Stock Sale in 2018 in foal to California Chrome.

Blind Spot is Your Flame in Me’s eighth winner from as many foals to race, and her second stakes winner. Her first, Bodyguard Hero, won the Surat Stakes in Turkey in 2018. She’s also produced six-figure earners English Dancer and She’s Fire and Ice. Her last foal to date is a yearling son of Divining Rod.