Can the Queen won last year’s Sensible Lady at 8-1 after rating off the pace and drawing away late. Earlier this year she won The Very One Stakes on the Preakness undercard on May 21 by one and a half lengths in gate-to-wire fashion. In her next two starts, she was second in the All Brandy Stakes around two turns and seventh in the Jameela Stakes. Both of those races were at Laurel Park. The Sensible Lady marked her return to her favorite track. Like she was in her prior two Pimlico victories, Can the Queen was overlooked in the betting. She went off at 8-1 in the 12-horse field, which included three other Maryland-breds. 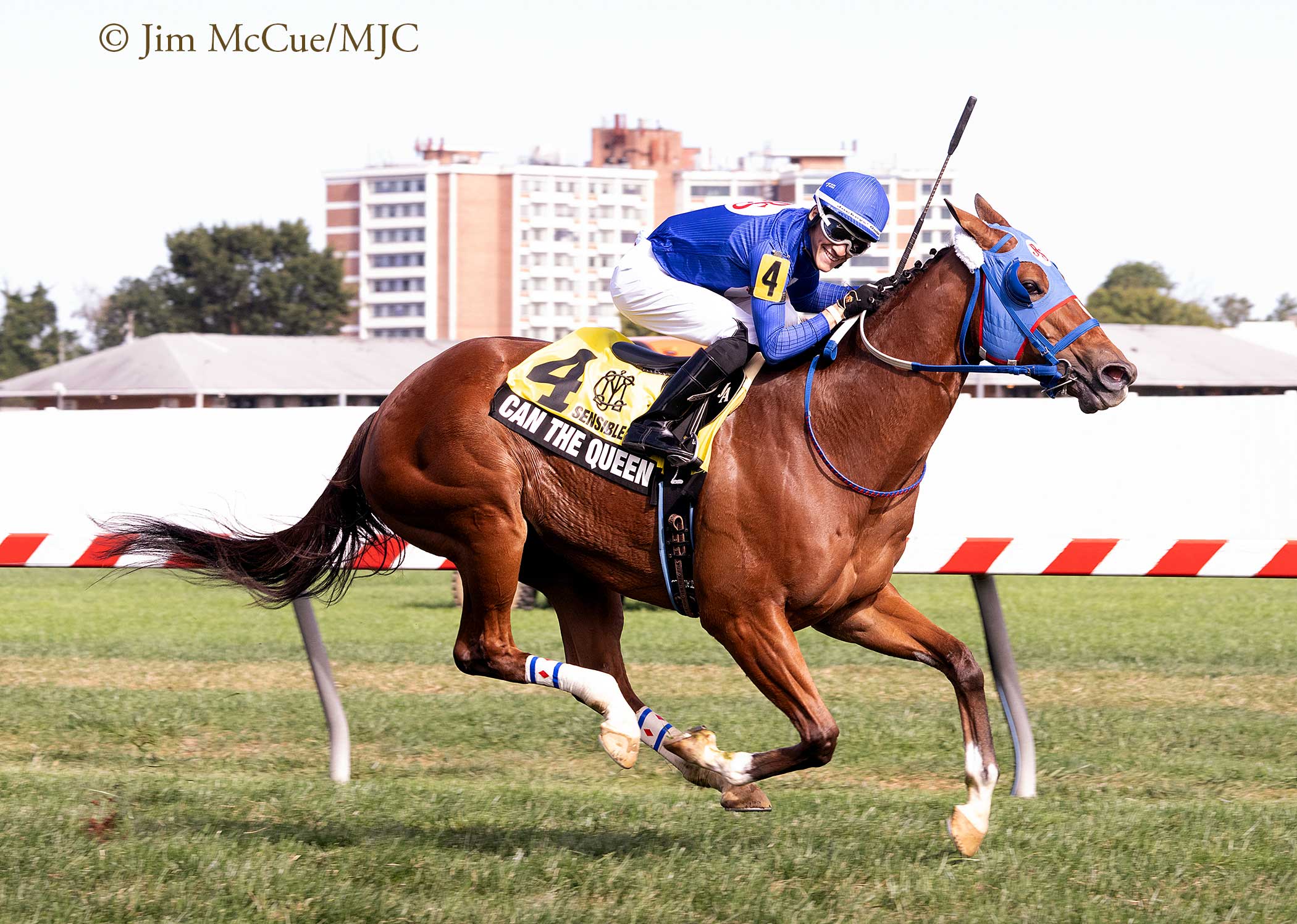 Can the Queen broke well from post position four and was hustled by Jean Alvelo to secure forward position. She eventually worked out a spot towards the inside drafting off early leader Spicy Marg. As they turned for home, Spicy Marg maintained a comfortable lead, but Can the Queen had the leader in her sights. In the last eighth, Can the Queen stuck a nose in front, and Spicy Marg had nothing left to give. Can the Queen pulled clear and held off late rallies from Whispurring Kitten and Can’t Buy Love for the win, covering five furlongs in :56.60.

A 6-year-old daughter of Can the Man, Can the Queen is owned and trained by Joanne Shankle, a longtime assistant to trainer Rudy Sanchez-Solomon who recently started her own stable. Shankle earned her first training victory on Sept. 18 with Dr. Ferber.

From 19 career starts, Can the Queen has seven wins and earnings of $318,853. Bred by Carol Ann Kaye, she is the last of four foals out of the Empire Maker mare Queenterra, all of whom are winners.