Off a maiden-breaking win on debut at Penn National on Sept. 1, Midnight Parade went off at 5-1 in the six and a half-furlong Imply, which was restricted to Pennsylvania-bred and sired juvenile fillies. Odds-on choice Flor de Sombra set the early pace, while Midnight Parade rated off her towards the inside. As they turned for home, David Cora asked Midnight Parade for run, and she moved by a weary Flor de Sombra. Pachelbel, also a daughter of Hoppertunity, closed ground in the last sixteenth, but Midnight Parade held on to win by two lengths. The final time was 1:19.41. 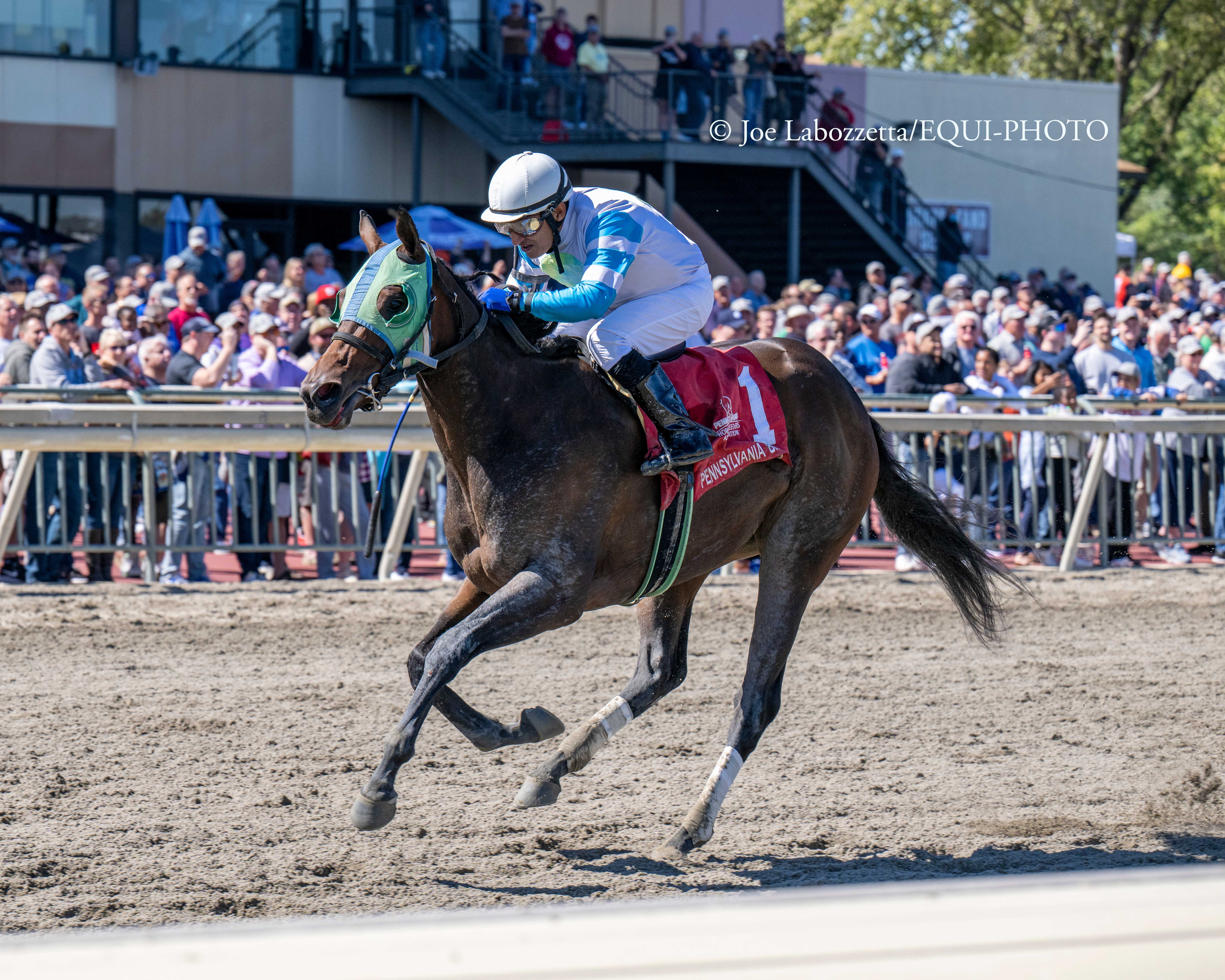 A multiple graded stakes winner who earned more than $4.7 million in a 34-race career, Hoppertunity raced through age 7 and entered stud at Northview PA in Peach Bottom, where he stood his first two seasons. The son of Any Given Saturday moved to Chesapeake City in 2021 when Northview Stallion consolidated its operations to Maryland. From 16 runners to date, Hoppertunity (who didn’t race at 2) has produced five winners, and ranks 15th by progeny earnings among first-crop stallions nationwide.